Ohkay so, this episode of Kashf despite being repetitive still had some very important scenarios to its credit. I really wish they get done with Irum & Zoya’s wedding quickly so that the story moves past this phase & focuses more on Kashf’s life after this chaos. I really liked the way they focused on Kashf & Wajdan’s relationship in this episode, it shows that despite not wanting to, Kashf can not stop herself from loving him or getting affected by what he says or feels. A girl full of dreams who is being forced to sacrifice everything for others, it makes me feel for Kashf a lot because she is the victim in this situation but she believes she is doing it for the best.

It was interesting to note how every time, Kashf spoke her heart out in front of Wajdan & confided in him. She knows that of all the people, he is the one who not only understands but genuinely feels for her. Wajdan so far has not told her that she is getting exploited by her family but his anger & frustration is enough to show that he is upset with how Kashf is ruining her life for the sake of her family. Kashf feels at ease whenever she sees Wajdan, obviously, she has adapted to the new life that Imtiyaz curated for her but because she was at this comfort level with him in the past, it happens to be the reason why she still talks to Wajdan about whatever’s bothering her. 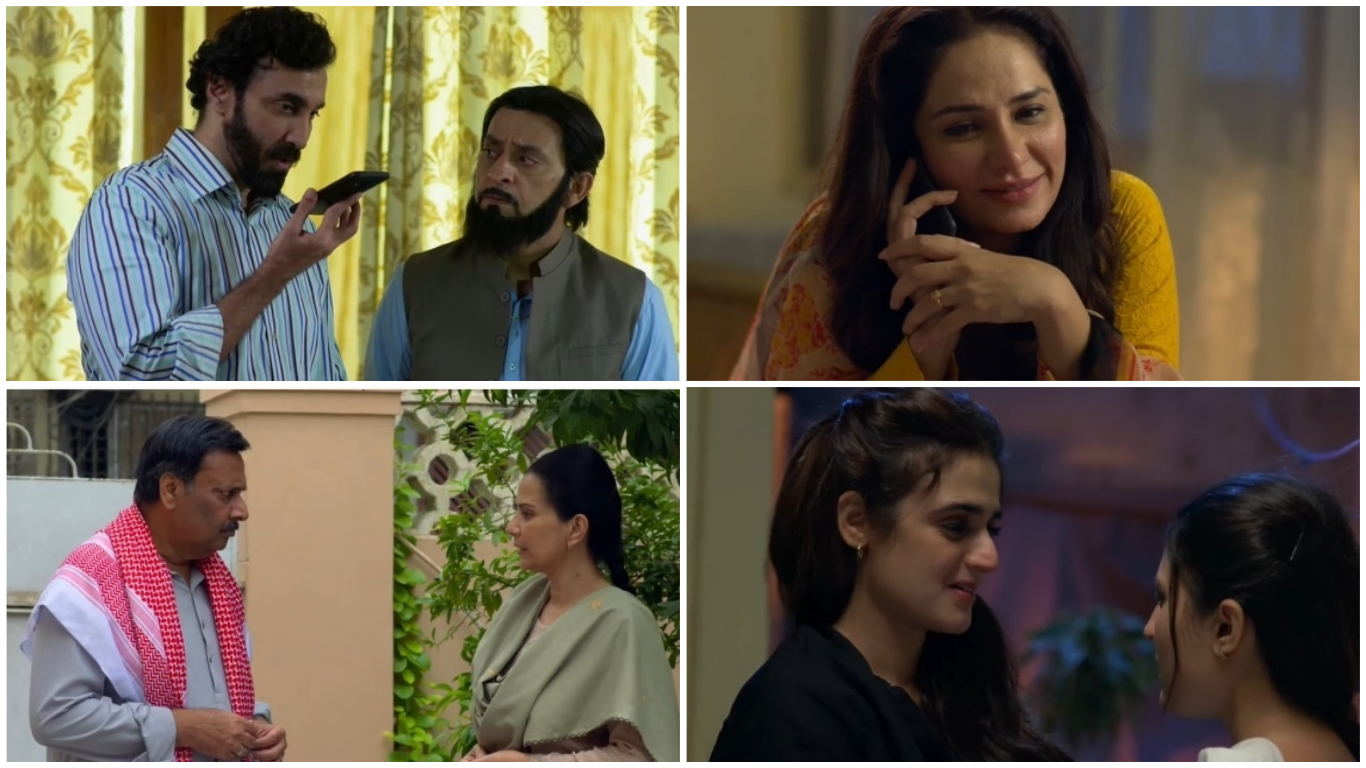 In this episode, they covered a bigger picture. So far they hadn’t revealed the particular reason why Matiullah was trying to frame Irum & Ashi but now he confessed that this way, he’ll be able to spread the rumor that Kashf’s dreams are not accurate, otherwise she would’ve saved her aunt & sister. Matiullah surely has made far-fetched plans but it is unfortunate that both Imtiyaz & Kashf are unable to connect the dots for now. Kashf did see another dream & it goes to show that the next phase of her life is going to be full of obstacles too. It is unfortunate that despite being so selfless & giving, Kashf is barely receiving anything good in her life at this stage.

It is interesting to note that every time Kashf gets emotionally affected by Wajdan & his feelings for her, she ends up seeing him & Zoya together. It is like she ends up getting a reminder that they both are not meant to be, therefore she should let go of her feelings & start seeing him as her sister’s husband. To be honest, seeing the promo as well a little hint that Wajdan got about Zoya being in love with him made me sigh with relief because it seems finally this aspect of the story is about to be dealt with. I feel Irum & Zoya have gotten a lot of coverage & it’s high time that the story moves on.

Irum is not going to budge & she will make sure to get married to Baber. It is unfortunate that more than anything else, Irum is adamant to not do what she thinks Kashf has chosen for her because it’s her ego problem. She was the only sister who used to feel for Kashf but now she wants her to get married, thinking this will solve all the problems of the family. I really loved the scene when Dilshad revisited Kashf & Irum’s childhood memories, it was absolutely sweet & explained Kashf’s selfless & nurturing nature a bit more. It seems she was always like that, a selfless elder sister who loved taking care of her younger sisters & that trait of hers hasn’t changed. 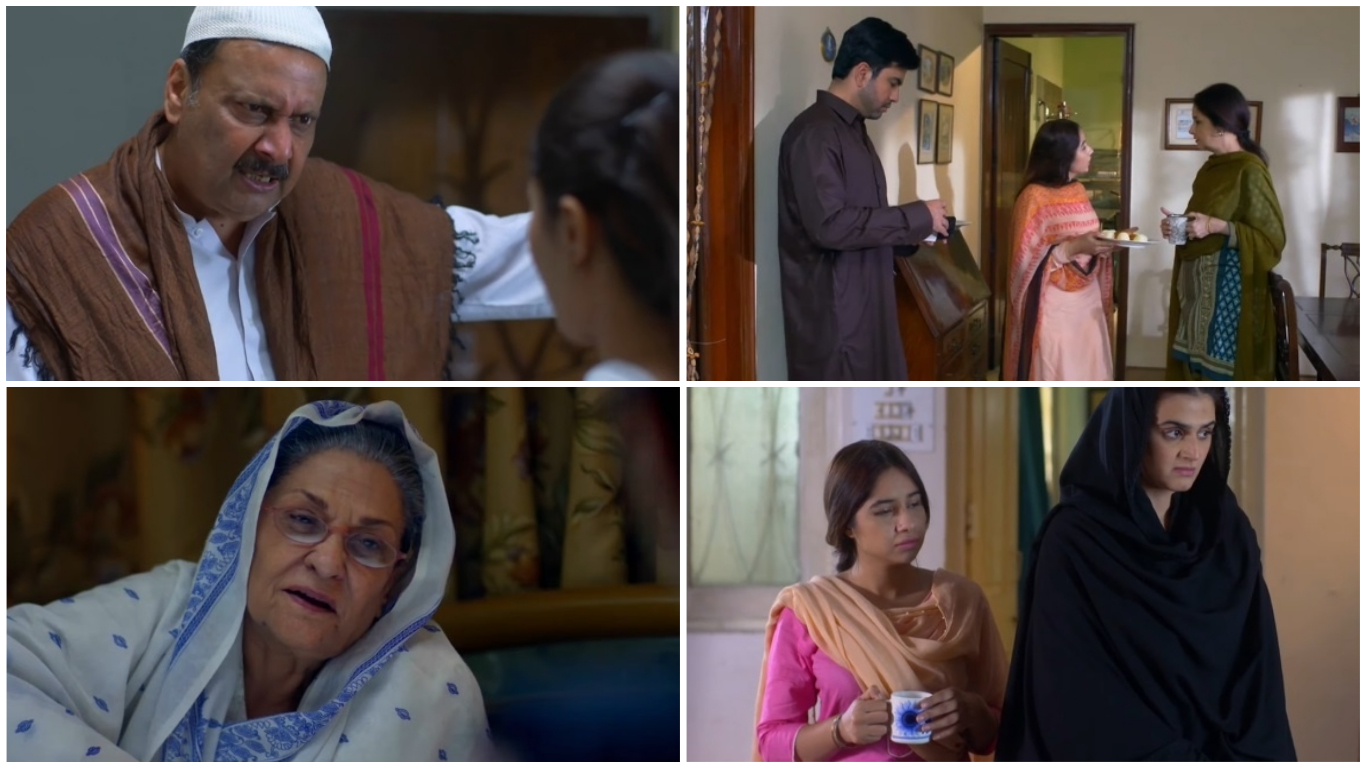 The things Zoya said to Kashf also showed that her dreams have now become a reason for her to be mocked about. It shows the double standards of her family because as far as enjoying the luxuries is concerned, they don’t mind her dreams but when the exact same dreams have an impact on their lives, they start questioning their authenticity. As much as it’s the truth that Irum won’t lead a happy life with Babar & will eventually come back crying, just thinking about it while watching this episode made me think that once again, the burden will be on Kashf to support Irum mentally, emotionally as well as financially. It actually is true that her hardships are far from being over. Sad!

Looking Forward To The Next Phase

This episode was interesting but it won’t be wrong to say that some of the scenarios have started to look repetitive. It still doesn’t take away from the fact that at the moment, Kashf definitely is one of the best dramas on-air. I really enjoyed all of Daadi’s scenes because her character is not only cute but adds comic relief which is much needed. I think at this stage, I can totally say that more than anything else, I just want to see those times when Kashf will take a stand for herself & her entire family will actually realize how much she has done for them. Dilshad did speak on those lines but that doesn’t mean they are going to back out from exploiting her because they want to get a lot of things done. Also, just realizing & feeling is not important, they all actually need to genuinely understand how they have exploited Kashf by snatching away everything from her. At least it is good that Kashf gets to vent out in front of Wajdan but after his marriage, that will be over for her too & in the literal sense, Kashf will be left alone – exactly what she saw in her dream.

Apart from that, the way the emotional scenes have been panned out in this drama makes it a very real & interesting watching experience. Wajdan talking to Irum about her wrong choices & then getting disappointed seeing her resentment towards Kashf. Dilshad’s conversation about the love Kashf had for Irum. Then, of course, all the things Imtiyaz does & say, all these scenarios add a lot of depth and the touch of realism to this drama which sets Kashf apart. Let’s see what happens next. Please share your thoughts about this episode of Kashf.