Ohkay so, as much as I do understand that the writer here is trying to come up with a completely different & unpredictable ending for the drama as well as the character of Kashf, I can’t help but feel disappointed after watching the second last episode. These kinds of different & unexpected endings are good for the dramas where the characters have been through the defining moments of their lives but I guess now when the drama is ending, I don’t think there was anything of that sort that happened in Kashf’s life. For me, the biggest disappointment is the fact that eventually in a drama where there was a full potential of not turning protagonist into a bechari, the writer missed an opportunity & made sure that Kashf does come across as one. I so wish the writer had shown Kashf as a strong person at least doing something for ‘herself’ for a change.

Wajdan Turned Out To Be A Disappointment

This episode turned out to be a disappointment because the two nicest characters; Wajdan & Kashf suffered the most & were traumatized by the external influences in their lives. I am definitely not going to question what is going to happen to Wajdan because he himself decided to become such a rigid husband that he wanted to extend selective support to his wife, despite knowing that her hands were tied. At this point, it seems that all the promises Wajdan made to Kashf were false claims because he chose to give up on her when she needed him the most. Wajdan actually grew out of the love he had for Kashf & felt it was important to waste his energies in the matters that he couldn’t control. At this stage, instead of looking like a concerned husband, Wajdan ended up coming across as a rigid, unsupportive & stubborn husband who wanted his wife to dance to his tunes. Wajdan would’ve been able to live up to his promises if he had supported Kashf irrespective of what she was doing or being forced to do for her family.

Wajdan kept on whining about the fact that Kashf should’ve trusted him but he needed to realize that trust alone doesn’t bring home the groceries & also does not pay the bills. Also, while watching this episode, I was wondering why was it that when Wajdan’s father Fayyaz was alive, the family was doing so well financially? After Fayyaz’s death, Wajdan took over his father’s business so why was there such a massive decline in his earnings that he couldn’t even cover the bare minimum? Yes, he did waste a lot of time on Asthana, chasing after Kashf but when he eventually got his trophy wife, shouldn’t that have been enough of a driving force for him to do well & provide enough for Kashf, as well as giving her some extra amount so that she could take care of her family’s dire needs if necessary. Wajdan was probably one of my favorite characters but it is upsetting seeing what he has become. It is like Wajdan literally took a U-turn & instead of maturing with age, he became a lot more immature, especially after he got married because instead of understanding the gravity of the situation, he thought being an escapist was the right approach! 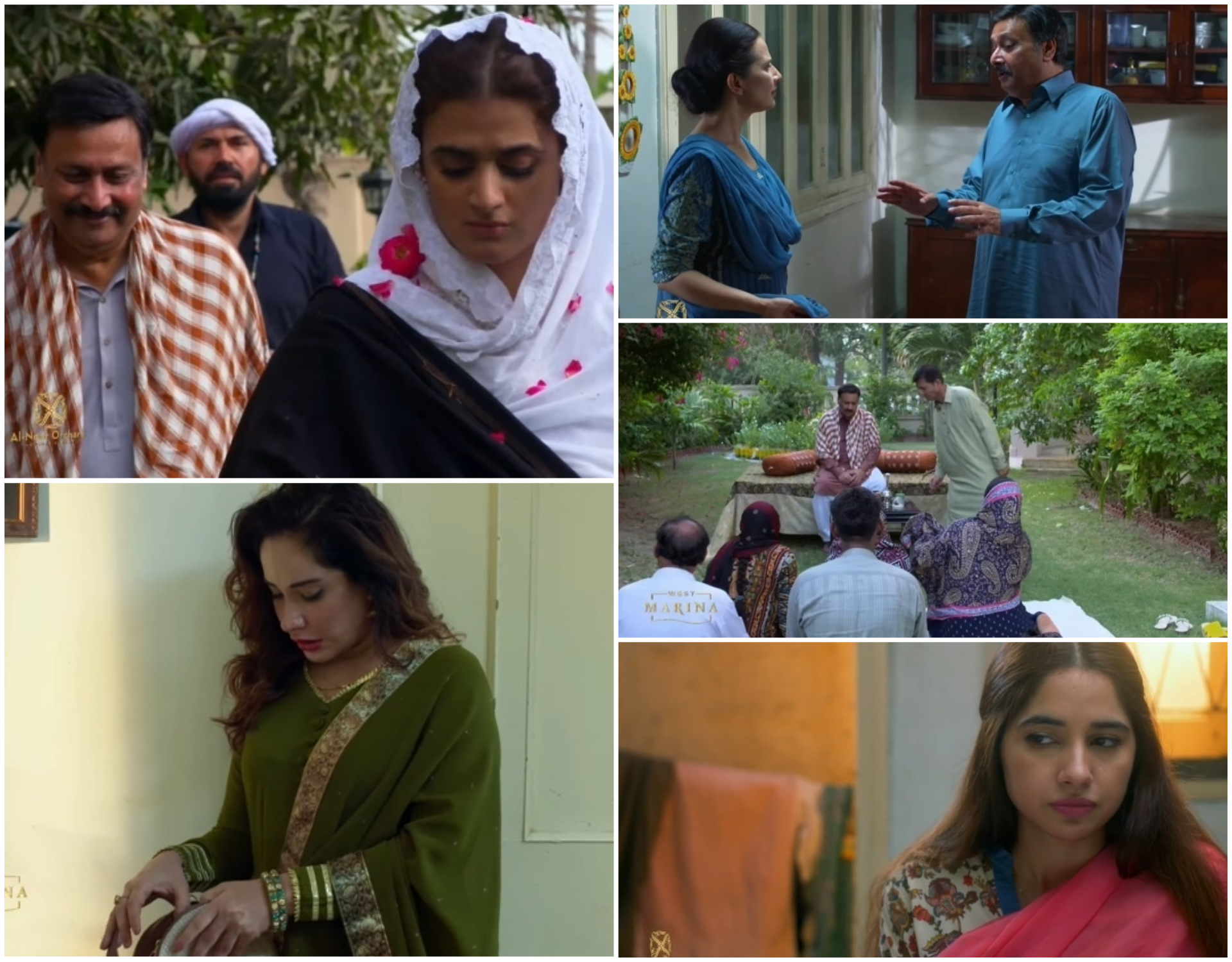 Kashf’s Journey Took The Turn For The Worse

Talking about Kashf’s character, I am once again disappointed because, throughout this journey, I kept on waiting for her to take a stand for herself. It is understandable that her family was not going to change & she probably couldn’t break free from these chains ever but she could’ve found a way. What I liked the most about her character at the beginning was that she never came across as a bechari. Despite the limited resources, she always believed in finding solutions. I am sure if the writer had worked on that aspect of her personality, he could’ve easily shown Kashf finding a way out for herself at least.

This was probably the only drama that absolutely had no place for the divorce but unfortunately, that had to happen & was yet another disappointing development. Also, I really don’t understand why did the writer choose this path for Kashf by showing that despite all of her niceness & all of her sacrifices, she had to be the one suffering the most. Obviously, her family is going to suffer & they deserve to for getting too comfortable with the wealth acquired through unlawful means but then why isn’t there any difference between Kashf & her family when eventually they all would be the ones suffering. I definitely feel it had to be shown that out of all the people, Kashf walked away scot-free because she made sacrifices, she never misguided people & didn’t take advantage of people’s vulnerabilities. In this case, Kashf should’ve been the one getting a clean chit but it seems she too got punished.

The Dream Predicting The End

While watching this episode, I had a feeling that maybe Kashf saw her own death, because right after her divorce, it kind of made a lot more sense that Kashf won’t survive & obviously the writer didn’t leave a way out for her because neither her family is going to change, nor Wajdan was going to be in her life anymore. Then I saw the promo & it kind of did suggest that maybe, in the end, Kashf will die & her family will be left with nothing & Imtiyaz will be begging for money. The more I think, as much as I do understand that this was probably the only realistic ending the writer could’ve thought of, I still feel Kashf didn’t deserve this because there had to be some reward in store for her for being so nice, kind, giving & selfless all the time. Another prediction that’s going to unfold is Wajdan’s mental condition. It will deteriorate & probably he will lose all his sanity. 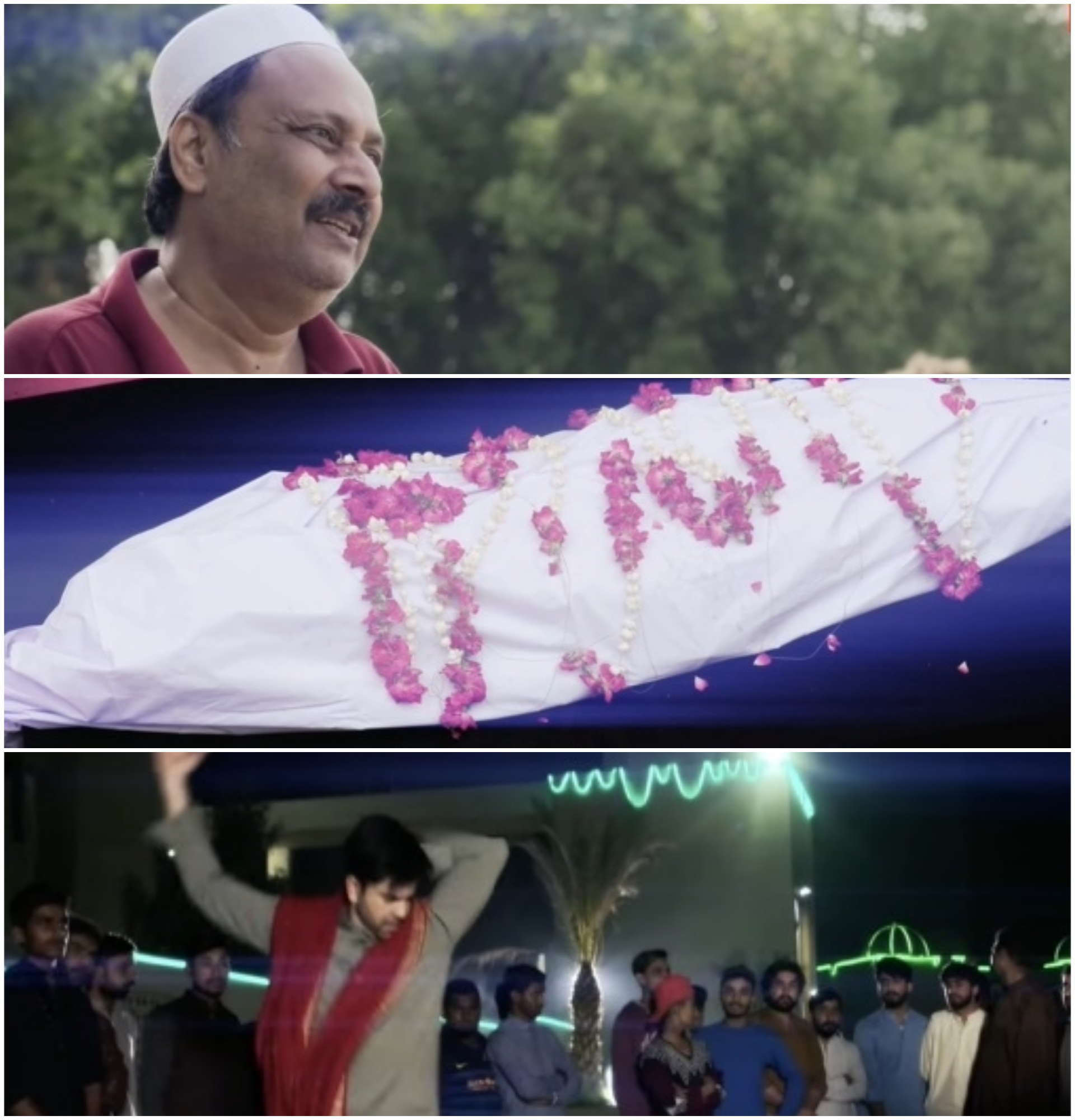 Not The End That I Expected

The execution of this episode seemed quite choppy & once again felt like Danish Nawaz didn’t direct or probably had no say in the editing of this episode. Some of the scenes & situations lacked flow plus the scenes with the OST were prolonged that I actually felt like skipping a few seconds because the OST was too much to handle. Kashf’s family has been the worse but Wajdan’s mother is no less. I once again will say that I really liked the original Rashida who always supported her son & understood him the most but the new Rashida was full of herself & derived sadistic pleasure by seeing her son in pain. Rashida’s suggestion of Talaq to Kashf was so random & just so disgusting. Since I’m talking about all the disappointments, I would love to talk about Ashi, it was yet another poorly tackled character who had so much of potential but then turned out to be someone who just wanted money without taking any responsibility for it.

This episode definitely didn’t feel like a second last episode right from the moment it began & I think we can already expect a rushed & choppy ending with Kashf’s death left in store for the viewers. There was so much left to be covered like the mystery of the dream related to a woman named Hajra, then Ashi returning in a bad shape. It seems all of this will be conveniently ignored or left open for the viewer’s imagination. Anyway, I will say that this drama, on the whole, was really nice with some strong & powerful performances, some very good dialogues & a unique storyline but the kind of ending it is going to get isn’t too appealing. Hira Mani & Junaid Khan were once again the stars of this episode but unfortunately, Wajdan’s character & Kashf’s journey; both have turned out to be a disappointment. Please share your thoughts about the second last episode of Kashf.