Ohkay so, this episode focused on how the responsibilities were being allocated to Kashf & she wasn’t surprised, or was she because she had seen it all & her father did not disappoint her. This entire episode yet again highlighted how Kashf was a dutiful daughter who couldn’t imagine going against her family because her dreams had already indicated that this is what her fate was going to be, she was just going with the flow.

Another Dream, Another Reality

Ashi Pupho’s character definitely has to be the strongest of the females of the family. She is not only opinionated but is someone who doesn’t mind taking charge of the situation, despite knowing that there’s not much that she can do. Ashi tries to rectify the situation but unfortunately, in the end Imtiyaz continues to be the decision maker who has assigned this duty to himself.

The episode began with an aged man coming to see Kashf for marriage with his daughter. This was something absolutely shocking for the entire family, however Kashf had this satisfaction because she knew Imtiyaz would call it off. The entire sequence where no one could decipher what Kashf was trying to say about her dream was phenomenal because it actually showed how she is on a different level & that even those who love her will find it difficult to understand her. My favorite moment of this entire episode was when Imtiyaz sent the suitor away & then Kashf turned to look at her father. Was it the first time she was seeing through her father or this did not shock her because this is what she expected from him. 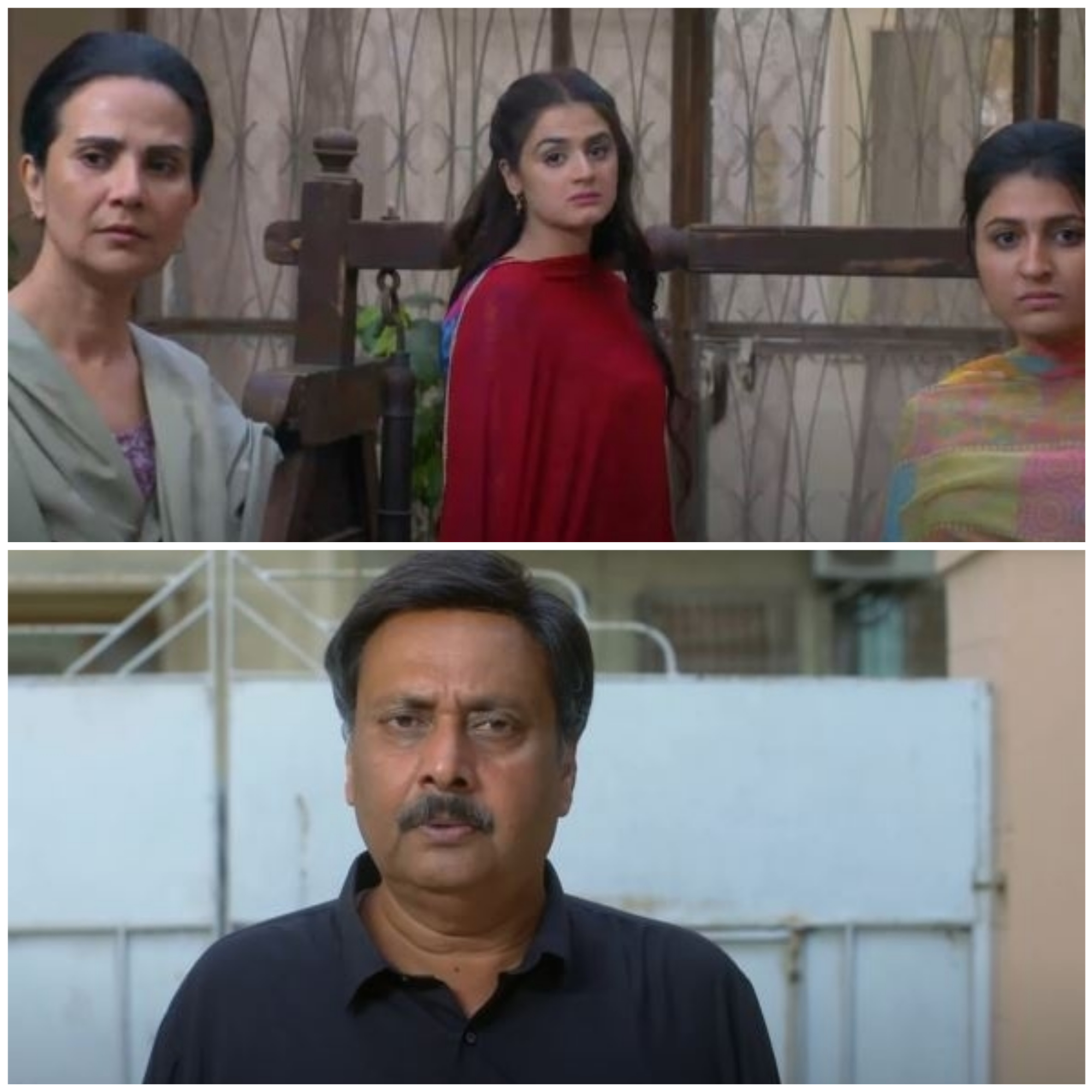 A little more insight was given into Matiullah’s character but before that, the way they have introduced him being an abusive husband to Ashi has established the fact that he is a hypocrite; a two faced person who didn’t mind mistreating his wife but continued to sell religion & his carefully fabricated image in order to make the money. It was clear, for Matiullah, this is a business & now, Kashf was the perfect candidate to expand his business. The person who has informed Matiullah about Kashf was basically planted by him as a spy in Qari Sahab’s madrasa because this way, he would find out what Qari Sahad used to do & what was it in him that attracted more & more people to him. Matiullah proposed a deal to Imtiyaz & because he saw it as a profitable opportunity, he didn’t think twice.

The rest of the sequence which showed how Imtiyaz continued to allot one responsibility after another on Kashf was brilliantly done. It showed that now Imtiyaz was finally going to be his ideal self because he had hit the jackpot, whereas Kashf’s life, her dreams, every fragment of her imagination was falling apart, yet she stayed calm & composed because she knew, this is exactly what was in store for her. This is another reason why she doesn’t find Zoya’s antics & meanness hurtful because she exactly knows the reason why she behaves in such a way! 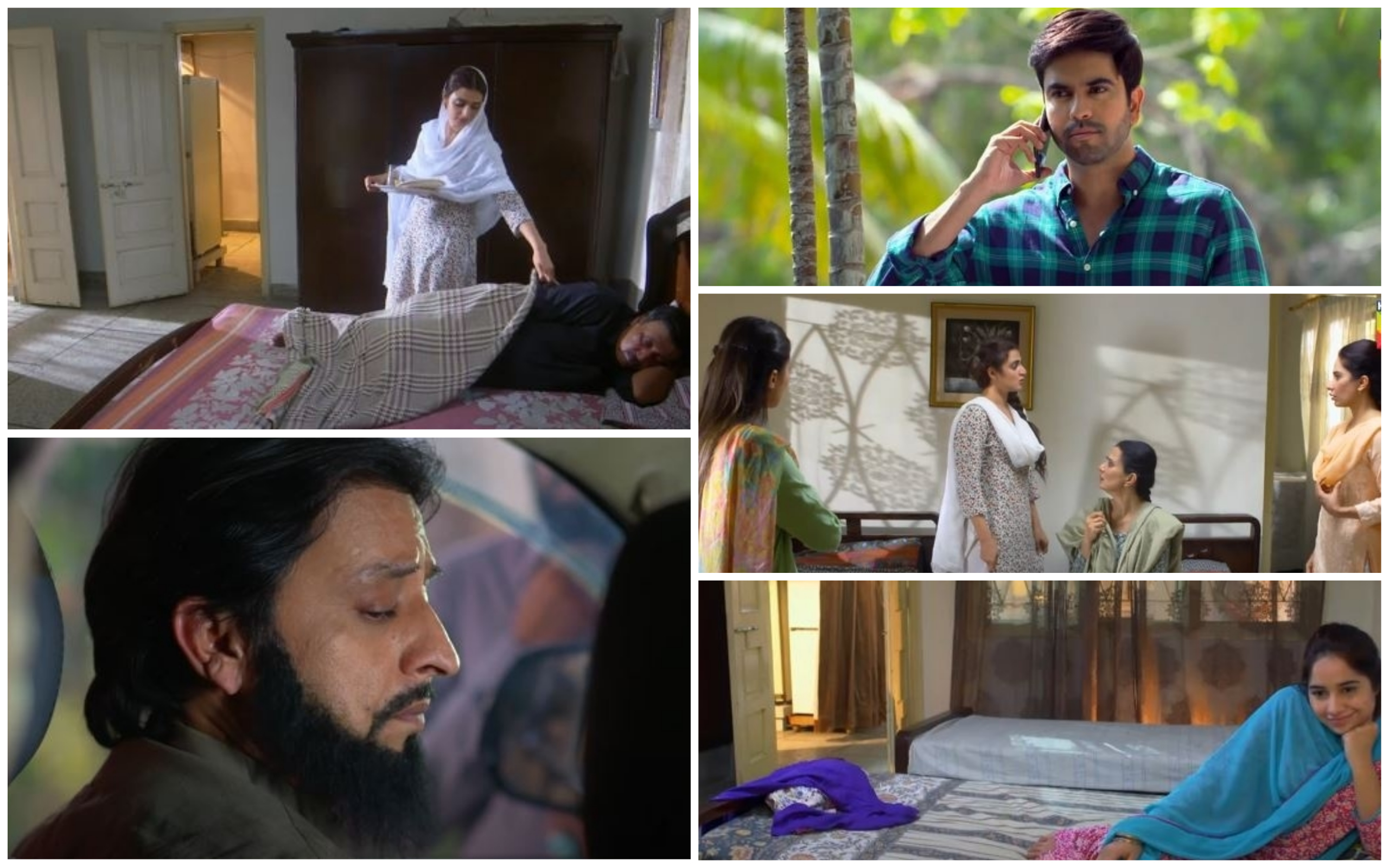 Wajdan & Ashi have the best interest of Kashf along with her mother but as Wajdan said, only if Kashf will give him an edge, he will do what it takes to make everything right. The conversation that Kashf & Wajdan had was well-written. Although Kashf is not going to go against her father, she knows exactly how she is going to protect herself. She has drawn a line & she will never ever let anyone cross it, at least this was one assurity that she gave to Wajdan.

Hira Mani has always been a very strong performer & I have enjoyed watching her acting since Preet Na Kariyo days & it is commendable that even after doing so many projects, she continues to impress & showcase that she has so much to offer as a performer. Undoubtedly, no one else could’ve done justice to the character of Kashf like Hira Mani has done.

Waseem Abbas was the star of this episode; every minute expression, all the dialogues that he delivered showcased the kind of mentality he as a father & a husband possessed. This sort of flawless performance is already expected from an actor of Waseem Abbas’s stature, however the way he has embraced the character of Imtiyaz showed that he understood its psyche and enjoyed portraying it. The change in his body language after he sealed the deal proposed by Matiullah was so enjoyable to watch because like he said, he already had a clear picture in mind of how his life was going to change after the money would start pouring in; something that he was waiting for all his life. The rest of the actors especially Munazzah Arif & Hajra Khan also continued to impress. Junaid Khan has done a brilliant job as Wajdan.

The direction of this drama is crisp & the editing is flawless. Every scene ends at the right time & every frame completes a picture in a perfect manner. Kashf is continuing to be an impressive drama, let’s see how it goes. Please share your thoughts about this episode of Kashf.