Ohkay so, this was yet another happening episode of Kashf. So many important events unfolded in this episode & it had Danish Nawaz’s direction written all over it. The best part about the dramas directed by Danish Nawaz is that he always gives equal coverage & insights into the thought processes of all the characters, that is why even a single scene becomes so wholesome because everyone is contributing to it in one way or the other. Another aspect that makes Kashf such an interesting watch is that the writer has come up with a lot of characters, therefore when they are brought together, they complete the picture with each of them having different takes on life.

Rashida realized her mistake. It took her a long time to finally understand that whatever happened with Shumaila was in her best interest & Kashf in no way had anything to do with what Rashida thought was a misfortune for her daughter. Although she did try to rectify her mistake but it once again showed how shallow she was that she actually needed an evidence to believe Kashf & deem her as innocent. Writer Imran Nazeer has aptly shown how such concepts are hardwired into people where they immediately put others on such a pedestal giving them all the power & control over whatever comes their way, without even thinking for a second that this has nothing to do with them in the first place & whatever they are facing is the Divine Decree. Now that Rashida was left with no excuse to misjudge Kashf, she was convinced whereas when Wajdan as well as Shumaila tried to make her understand, she chose not to budge.

Kashf wasn’t surprised because she already knew this is what Rashida was going to do. The way Kashf already knows what’s in store for her makes me feel for her a lot because even when she comes across the things that she should actually be happy about, the thought of bitter realities awaiting her do not escape her mind. Kashf handing over the money to her mother was actually symbolic of how she already knew this is what she was going to do in the future, therefore she didn’t wait for the right time & started then & there. 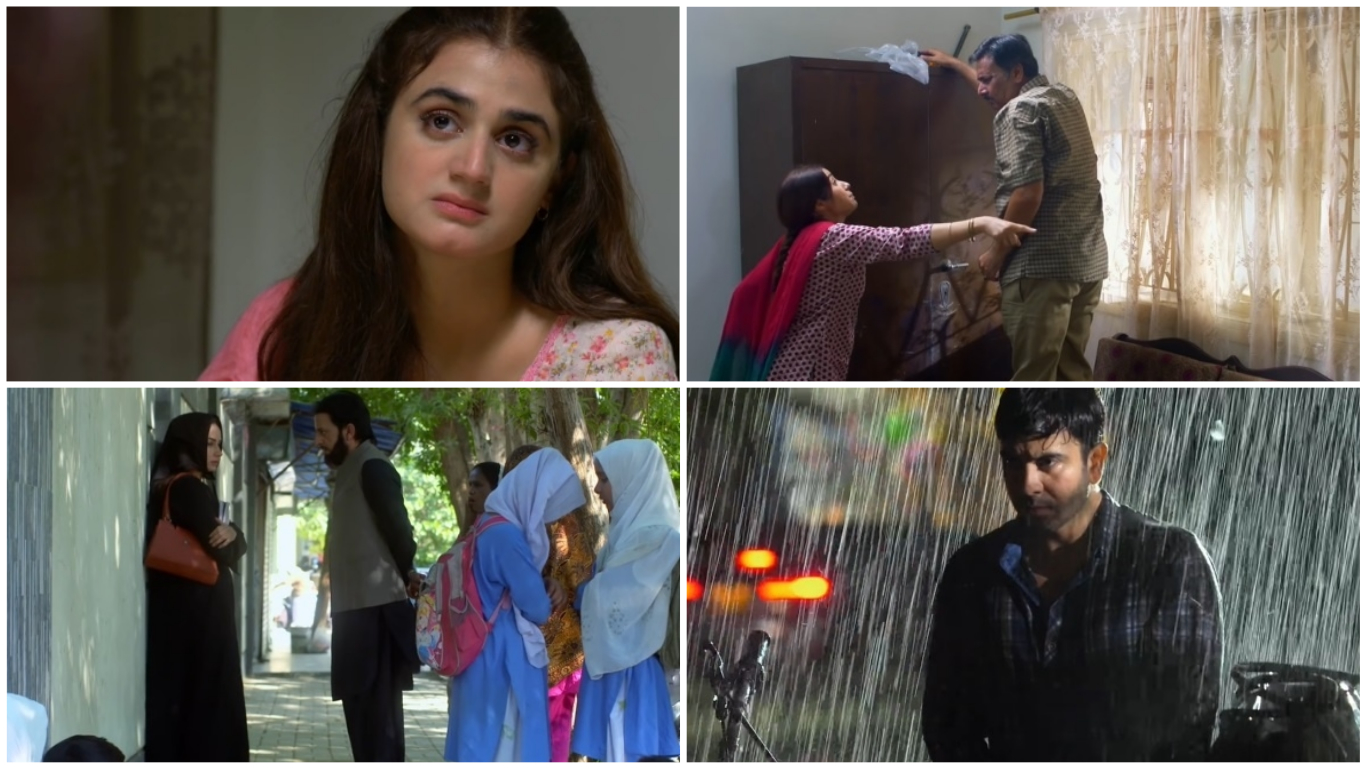 The difference in Kashf’s behavior was evident in this episode, she was shattered & heart-broken, she was also trying to strengthen herself because she knew she had a never-ending journey waiting for her ahead. However, now she started speaking her heart out. She was still very subliminal about it, but at least it was kind of relieving to see that she was not trying to become a saint who was going to take whatever comes her way. Kashf is the victim of her circumstances, but there’s a difference that the writer has carefully established by showing that she is only accepting everything because through her dreams she has already seen there’s no escape, however she still tries to take charge of whatever’s in her might.

Imtiyaz continued to pester & intimidate his wife & his sister, which was in other way a pressure tactic that he was using on Kashf by showing her that she was now in control of whatever he’d do to them. Imtiyaz knows Kashf will never allow anything to happen to her family members, therefore she will oblige & do what he will ask her of. Kashf still had hope, she knows she can not run away from the fate that has been sealed for her, but she displayed some signs of hope when Wajdan’s parents came to ask for her proposal once again. Kashf sat there hoping things would change for the better but once again, her father did not disappoint her. Also, her sister Zoya has now started to prove to Kashf that the dream that she saw will be materialized, this is why Kashf just took a step back because she knew she was not capable of fighting fate, as well as her conniving sister Zoya.

Wajdan’s character has emerged out to be stronger than it first seemed like. He has proved time & again that he loves Kashf & will walk an extra mile to make her feel secure but sadly, he doesn’t know how hard it already is for Kashf because now her father is not going to let go of her. Wajdan decided to take the matters in his hands. The scene where Irum tried to convince Kashf of running away with Wajdan was one of the strongest scenes of this episode because Hira Mani’s performance was absolutely brilliant. She was clear in her portrayal of all the thoughts that were running through Kashf’s mind. 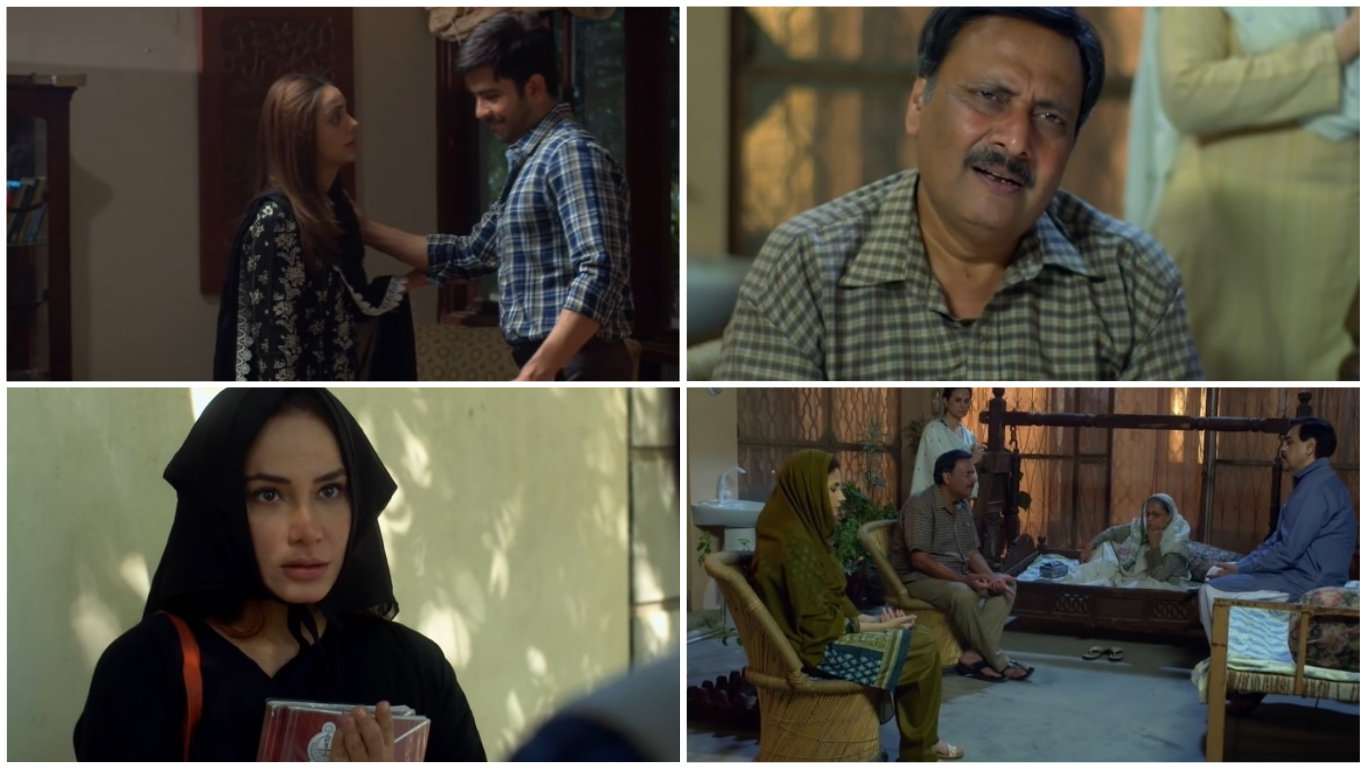 Matiullah & Ashi’s scene was another one of the strongest scenes in this episode. It was strong in terms of performances as well as the plans that were shared regarding Kashf. Ashi is protective of Kashf, at times even more than her mother. It makes sense because Dilshad has lived a one-dimensional life with no power or control over her life because of her dominating husband, however Ashi has experienced life bitterly & differently, therefore she feels it’s her duty to not only protect Kashf but also do what it takes to keep her safe. Ashi is the voice of reason in this house, this is why she doesn’t shy away from calling spade a spade & whenever she deems right, she gives it back to Imtiyaz as well as holds her mother responsible for her wrong decisions when it comes to her parenting. Ashi’s character is turning out to be very strong & she is definitely my favorite.

The writer has also shown how important it is for a woman to have an exposure & financial independence, obviously with men like Imtiyaz around, it is a constant battle that such strong & independent women have to fight but at least, they do get brownie points for not staying silent & letting the tyrants do as they wish. Ashi is definitely an obstacle in Imtiyaz’s plans but unfortunately with Kashf being so submissive, there’s not much that she can do!

This episode was interesting with all the conversations sounding so real that as a viewer, I could actually feel the emotions of all the characters. Hira Mani continues to impress as Kashf. She has given such a phenomenal performance that she proves every step of the way that this character was made for her. Every expression, every emotion has been displayed with such clarity that the viewers find it very easy to relate to her. Junaid Khan has been very impressive as Wajdan too. The way he broke down after Kashf didn’t show up was very emotional. He showed how heart-broken he was. He is sincere but to see his sincerity not being reciprocated is taking a toll on him. With Ashi losing her job & Kashf seeing yet another dream, it is obvious that now all the financial burden will be on her & she will have no other option than to do what Imtiyaz has been asking her to. Waseem Abbas, Munazzah Arif, Hajra Khan & Saleem Mairaj – all of them have given measured performances. The actresses playing the roles of sisters are doing a great job too. All in all, Kashf is a well-thought out project where the writer & the director had a clear vision about it & they are doing what it takes to make it worthwhile. Please share your thoughts about this episode of Kashf.