Finally, the story moved forward today and some of the prevailing Khamoshi was broken. The most expensive wedding of the drama history finally kicked off with Atif’s mehendi. His character is one of the most confused ones written in a decade may be. He does not want dowry but he takes it. He does not want Naima but he will marry her. And he hates Arsala but still will make a scene at his own mehendi because no one can stop him. He is a confused person and will show in every bit of his screen presence that YES I am confused! Why are you trying to get your ex-fiance back now while you are marrying her sister? The conversation between him and Arsala was the highlight of the show today. He flirted with his sister in law and then went on blaming Arsala’s Khamoshi for everything. The question is why were you misunderstanding Arsala in the first place and who cleared your misunderstandings now? Arsala did a good job by giving him a poetic shut up call. This was the right time to break her Khamoshi and she finally showed someone in her life his right place. 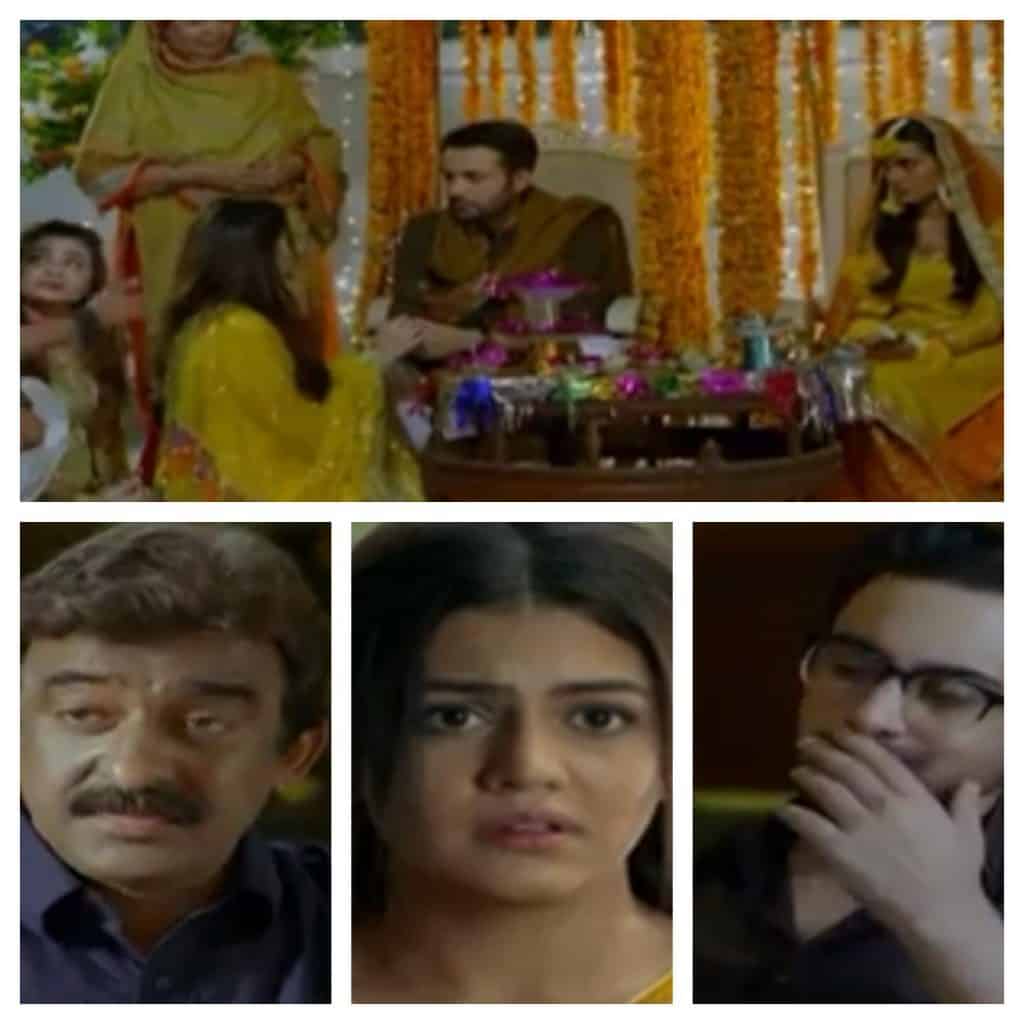 Naima might die due to hyper-jealousy before even getting married to Atif. She is more into bad-mouthing Arsala and Sabir. Girl! Just stop your fiance from flirting with Arsala. And stop your future mother in law from still dreaming of making Arsala her bahu. The way Atif’s mother knows what will be the consequences of her son’s rash decisions and is already regretting them is perfectly acted out.

The other family members are still stuck in financial calculations with Sabir mourning over the loss he has suffered. Arsala’s mother’s character has taken a 180-degree turn and no one has bothered to explain why. She is telling Naima to take whatever she wants and has no worry for Arsala’s future, this is becoming utterly confusing because she in the first place always loved Arsala more and never even wanted her to stay in Karachi. But now, all she is concerned about is Naima. She doesn’t even care about Guddu while Naima never even bothers to respect her.

Shahram came with a bang at Sabir’s door and looks like he will offer him money to get Arsala married to Atif. He is keeping his vow of standing silently with Arsala in every aspect of her life. So Khamosh larka is a good larka too and now we have to watch other episodes to find out how he will end up with Khamosh larki! All in all, it was good to see the end of dormancy and the story moving forward finally!