Ohkay so, the writing of Hashim Nadeem Khan, the direction of Syed Wajahat Hussain & production of 7th Sky Entertainment; Khuda Aur Mohabbat 3, a highly anticipated drama of recent times began last night. The very first episode made it obvious that this season is going to be very different from the previous seasons, however, it will have a few elements that are going to be similar, serving as a reminder of the love story the viewers have seen & loved in the first two seasons of Khuda Aur Mohabbat.

I will be completely honest, right at the beginning, I expected to see some more similarities, hoping this is what is going to link the third season to the previous two, making it stay true to the essence & theme, but as the episode progressed, I realized I am only going to get a few elements & that is completely fine. The first episode made it very obvious that this season of Khuda Aur Mohabbat is going to have its own identity, its own story & the characters are going to have their own personality. The first episode was definitely impressive & made me feel it’s the kind of drama that is going to be quite enjoyable to watch. Another thing that was worth noticing was how both Farhad & Mahi had very different personalities to Hammad & Iman that the viewers have loved. I kind of feel the writer made their characters very normal & relatable so that when they both will embark on the journey of self-discovery when life will put them through trials & tribulations, their transformation will have a lot more impact.

The first episode covered the life of Farhad (Feroze Khan) in a lot of detail. He belongs to a lower-middle-class family but has big dreams & aspirations. So far he hasn’t really figured out the purpose of his life & only has a vague idea that he wants to make it big. This attitude of Farhad is exactly the reason why he has a strained relationship with his father, however, his brother Sajjad is the ideal son & compensates a lot by fulfilling his father’s wishes. Farhad’s father Taufeeq (Waseem Abbas) is a clerk, his mother Surraiya Bibi (Asma Abbas) is a housewife, his brother Sajjad (Fawad Jalal) is going to be a civil officer & sister Fareeha (Hira Soomro) is a college student. Farhad has been struggling to complete his B. A & it seems he is going to flunk this year too! 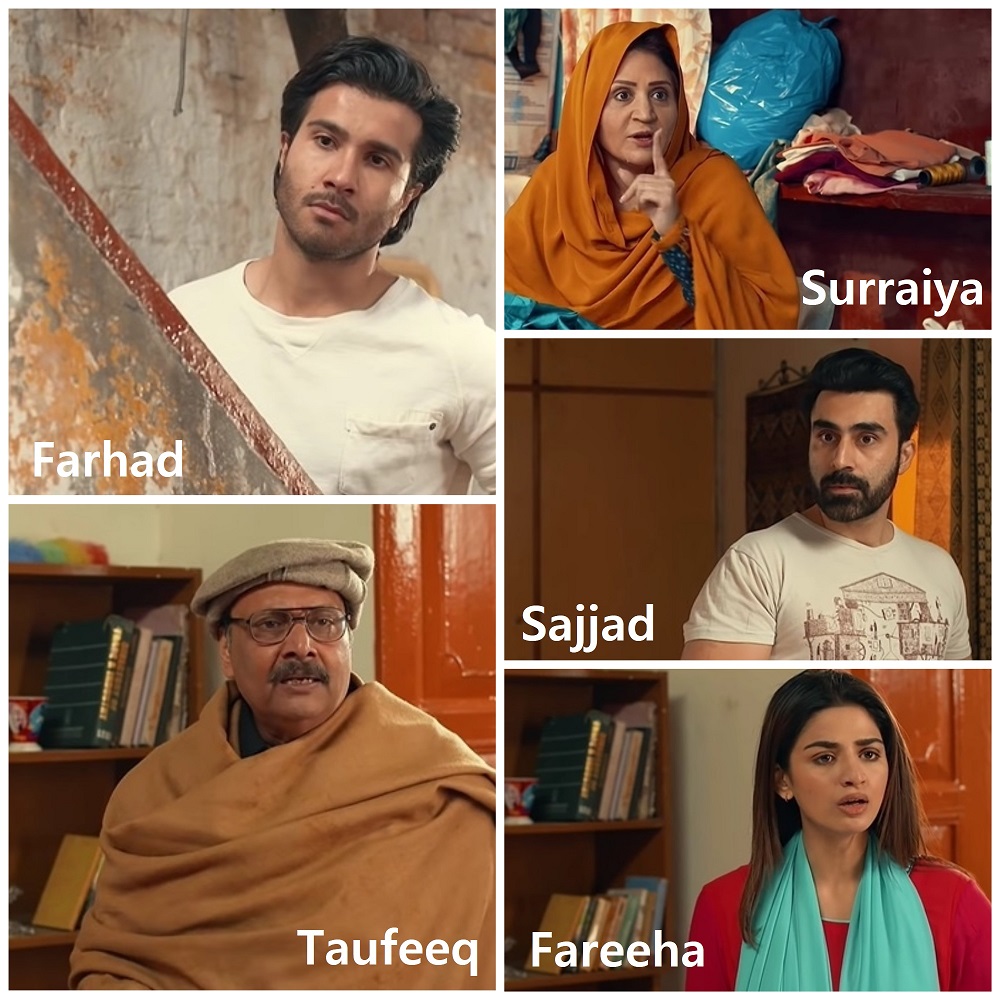 Mahi (Iqra Aziz) comes from an affluent family. At the moment she has come to Lahore to attend her best friend Rida’s (Meherbano) wedding. Mahi’s sister in law Sahiba (Sunita Marshall) is accompanying her. Mahi’s father Kazim Shah (Usman Peerzada) resides in Bhawalpur & runs his business there. So far, the impression Mahi has given is that she has had a smooth life & probably because she is the youngest in the family, she has been pampered to an extent where she likes to be in control of everything & enjoys being authoritative.

On the other hand, there is Taimoor Shah (Mirza Zain Baig) who also comes from an affluent family. His brother Sikandar (Junaid Khan) is a feudal lord & that’s all that has been revealed about him. However, Taimoor has a very philosophical lookout on life & his encounter with a Dervish (Noor ul Hassan) was one of the most interesting moments of this episode which defined what he is going to experience in the near future. Taimoor has already had an interaction with Mahi & it seems he is keeping tabs on her because he certainly has developed strong feelings for her. 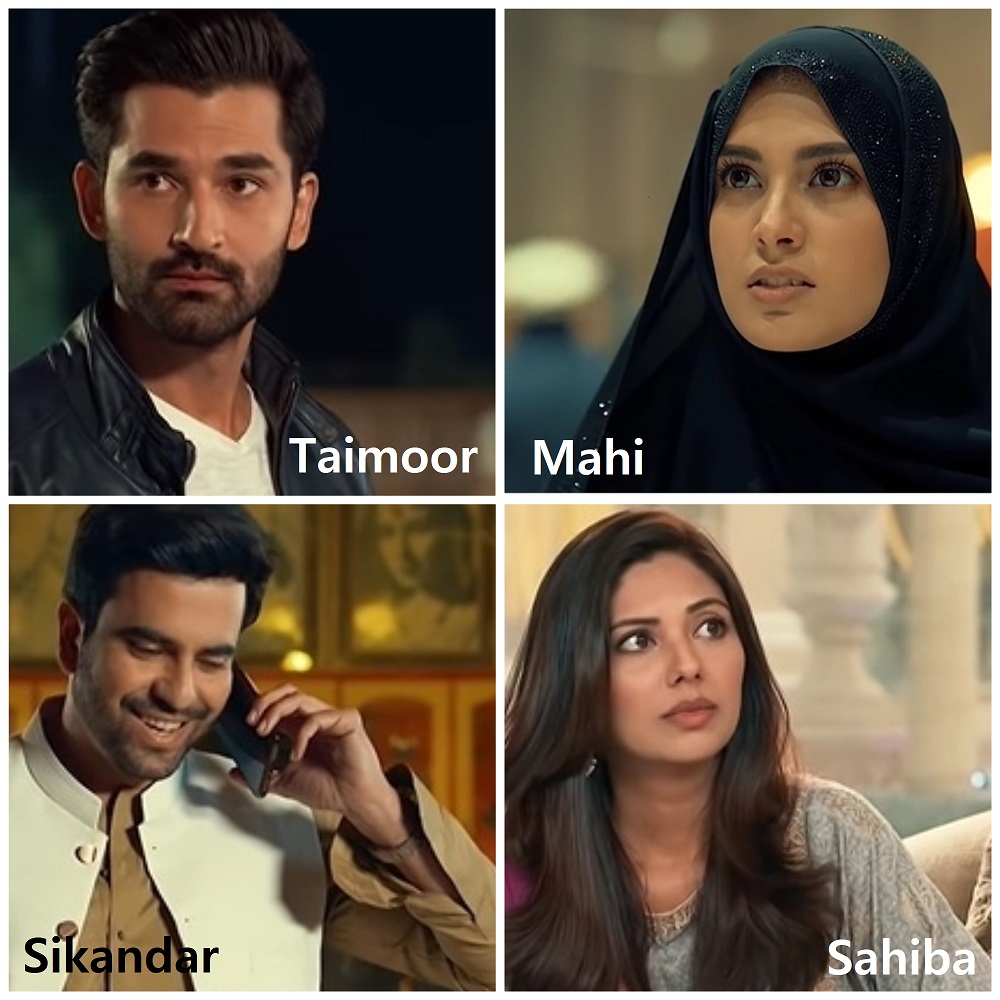 The story was established strongly & all the moments that covered the life happenings of Farhad were done really well. On Mahi’s front, I did feel things could’ve toned down but it somehow was a well-balanced contrast with things being so normal & mellow in Farhad’s life but happening in Mahi’s. In the very first episode, Feroze Khan definitely stood out a lot & captured my interest as a viewer. He fitted the character of Farhad effortlessly. Iqra Aziz was cute too but all this while, I was reminded of all of her previous dramas in which she has done more or less similar kinds of roles & acting.

The first episode of Khuda Aur Mohabbat gave it the kind of opening that I as a viewer expected. It was not only well directed but every frame had its own story to tell. It showed that a lot of effort went into creating this cinematic experience for the viewers & it actually contributed a lot in making an impact & keeping me engaged. The aerial views were beyond impressive & it showed that this drama has been approached artistically by the director. Another thing I liked was how there was a comic element in most of the scenes because things are going to get too dense & grave as the story will progress, so to kick off on a lighter note was a good move. The fact that the story has so many characters also made the episode seem fast-paced because a lot was happening & there was so much to absorb. 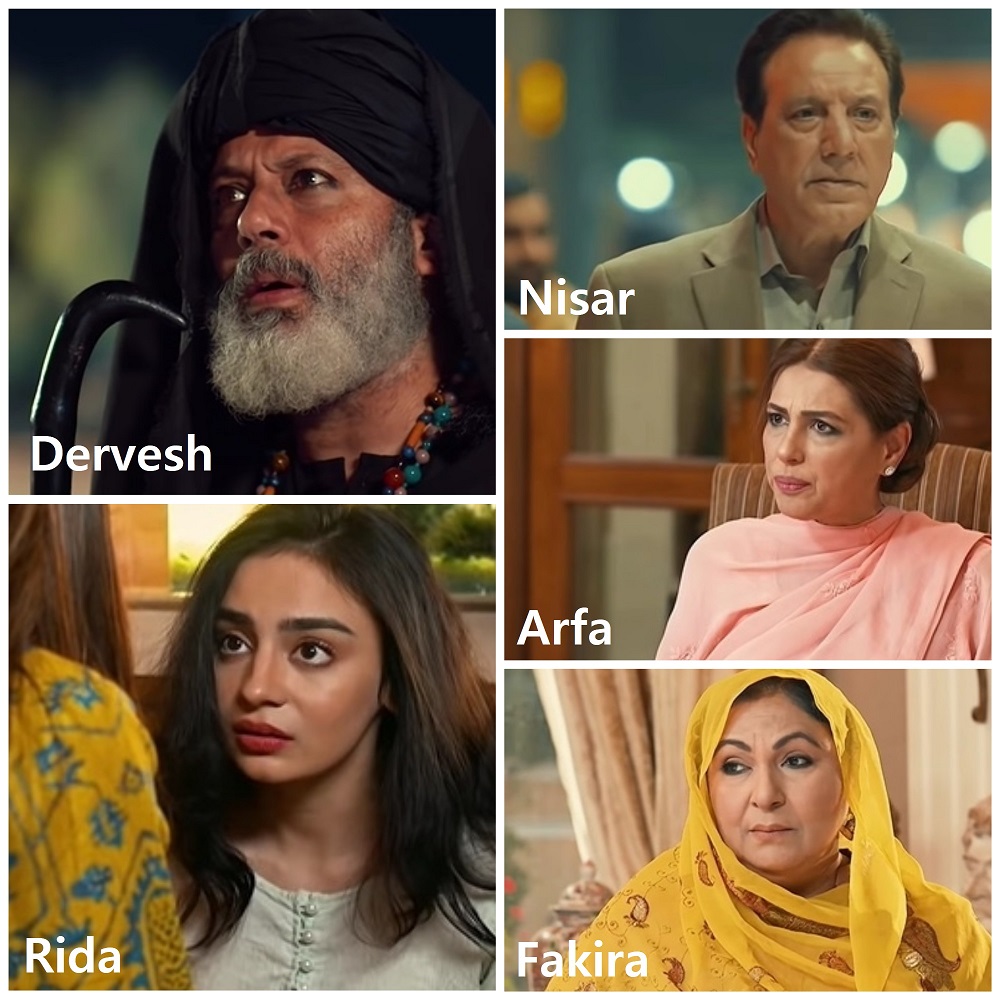 The only thing that went unexplained was the attire of Mahi when she traveled. I thought they were going to bring in that element from the previous seasons where Mahi is going to observe Hijab but as the episode progressed, that came across as a bit confusing. The niqab went away right when she reached Lahore & after that, she was at her glamorous best. Even when Rida suggested they go out shopping, Mahi dressed to the nines with her short hair whereas, throughout the episode, the focus was on her luscious long locks & elaborate hairstyles. Not only Mahi, her sister-in-law too had a different attire so not sure if they observe Hijab only in Bhawalpur & are allowed to not use it when they’re elsewhere, here’s to hoping that we’re given an explanation about it in the episodes to come.

The first episode of Khuda Aur Mohabbat was definitely interesting. It set the mood in such a way that as a viewer, I am keen to find out more about their stories. I want to know these characters & it seems learning more about them is going to be quite interesting. Feroze Khan was definitely the star of the episode & Iqra Aziz played along really well too. It is interesting to note that all those actors who have such a strong screen presence have been cast in Khuda Aur Mohabbat 3, which makes it even better. The outlook & makeovers of all the characters are impressive as well. The camerawork, the cinematic visuals, lighting & also the makeovers of all the actors, everything was just brilliantly done & added a lot more charm to the drama watching experience. The first episode definitely was impressive & gave it a perfect start. Can’t wait to watch more. Please share your thoughts about this episode of Khuda Aur Mohabbat 3.