Ohkay so, this episode of Khuda Aur Mohabbat was all about Farhad’s predicament & how he was feeling. It is interesting to note how everything has become all about him where people around Farhad are feeling for him & even those who shouldn’t be too concerned also can’t help thinking about what he is going through.

Honestly speaking, as much as I know that this story is based on Farhad’s love for Mahi, but I can’t help but root for Taimoor & Mahi a lot. Not only because Taimoor is a perfect match for Mahi but also because she seems happy & excited about this engagement as well. Farhad in this case definitely is the protagonist of the drama, but still, when it comes to his character, this one-sided intense love is not that convincing, as it should have been – part of it is because it started off on a basis of a misunderstanding which he is now adamant to pursue that too when he has heard it from Mahi himself that it was nothing to be mistaken about to begin with. Feroze Khan has absolutely left no stone unturned in adding so much depth & intensity into Farhad’s character & doing complete justice with his emotions but when it comes to the execution, it hasn’t really done much for the character of Farhad because all of this is now coming across as very much forced & one-sided.

Taimoor met Mahi’s entire family & left a great impression. It was nice to see Mahi honestly admitting why she was happy about finding a partner like him who was so progressive & shared similar interests as her. I know it will sound quite repetitive but seeing how callously they have dealt with the parda angle ticks me off. Mahi’s sister-in-law Sahiba was seen without any parda, handing over Mahi’s phone number to Taimoor, that too when her husband was standing right there. These moments definitely look cute but considering the kind of introduction this family has gotten with the men being so staunch & conservative, one can’t help but think about these issues a bit! 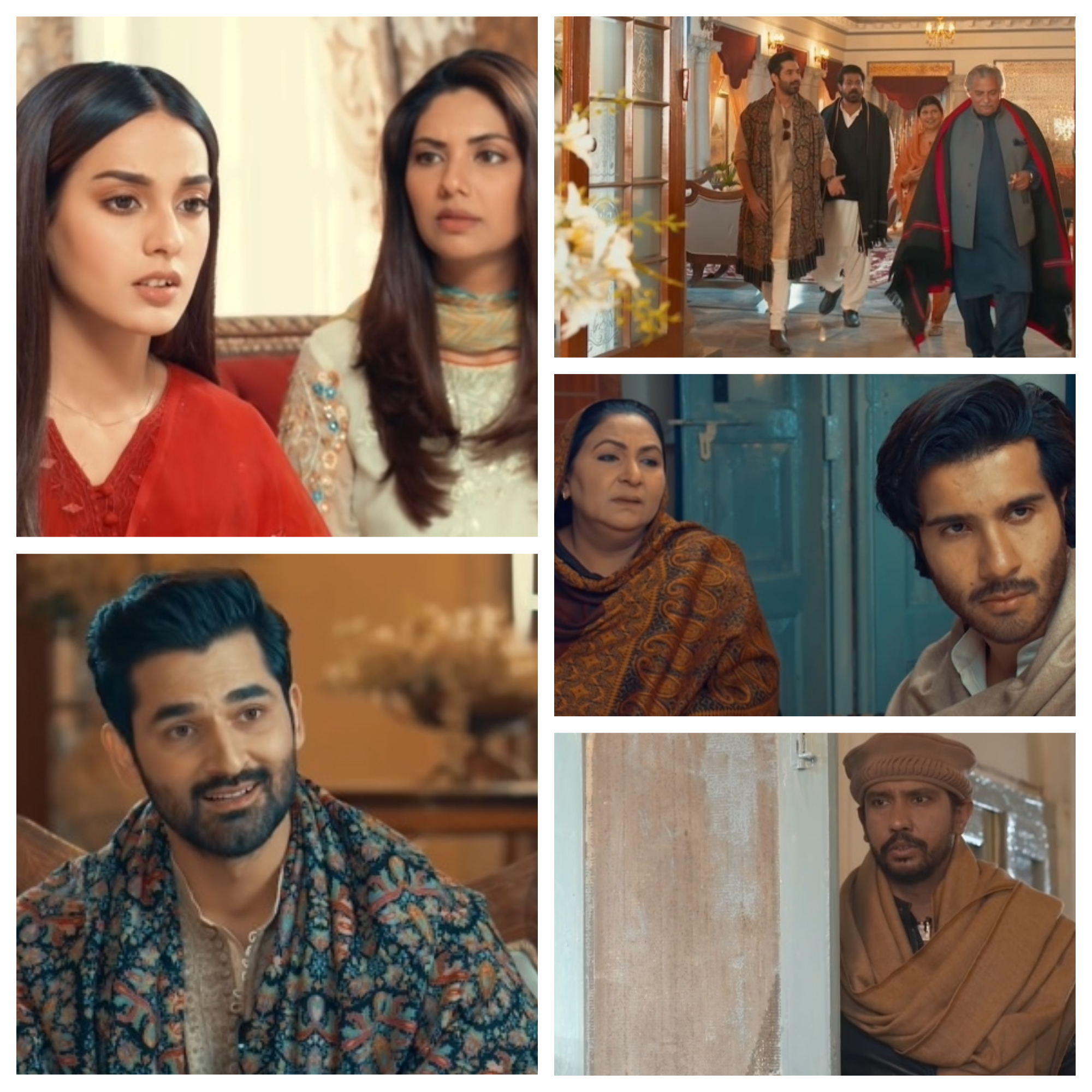 All of a sudden, Fakira has developed a soft corner for Farhad too. I think in reality, anyone would be annoyed with how irrational Farhad has been behaving but instead Fakira couldn’t help shed a tear or two. This would’ve looked convincing if Farhad ever stood a chance with Mahi but that definitely isn’t the case. Fakira does feel a lot for Farhad & it is nice that at least there is someone who can see what he is going through. Dilawar also overheard everything but now it is left to be seen whether he will keep this a secret & be a true friend to Farhad or he will tell on him & create trouble for him further. It does look like Dilawar will not do anything to make it tough for Farhad because over this period of time, he has actually started seeing him as his true friend & it seems he is going to help Farhad because he has been through this situation himself.

The Glamour Takes Away The Depth In The Situation

The preview of the next episode once again suggested that everyone will be vouching for Farhad & putting ideas into Mahi’s head that she should see Farhad & tell him to go herself. It seems Sahiba is pleading Farhad’s case indirectly too because she yet again is going to ask Mahi whether this is only due to guilt or she has something else going on in her mind. I really feel the director has kept the pace quite slow but he should’ve taken the time to establish why & how did everyone start feeling so passionately about Farhad? It is definitely hard to see people belonging to such an influential background taking a random guy like Farhad so seriously because in reality, he would’ve been nothing but a nuisance to them all?

Feroze Khan definitely deserves full points for the strong & convincing portrayal of this character but I feel the lack of depth in the script & as well as the direction has taken away the charm this character could have. I feel the director really focused hard on the glamour side of the execution that he kind of missed creating the depth & layers these characters, their situations & their equations deserved. However, one thing is for sure that Khuda Aur Mohabbat does make a very nice drama to tune to, provided you don’t really have much expectations & just take it as it comes. Please share your thoughts about this episode of Khuda Aur Mohabbat.