Ohkay so, finally Khuda Aur Mohabbat 3 came to an end with a very predictable ending. Now that this drama has ended, I still feel the unnecessary dragging was what made this drama quite taxing to watch. I do understand the perspective of the writer Hashim Nadeem but it is unfortunate that while being elaborated by Syed Wajahat Hussain, the essence of the story, as well as the soul of the characters, got lost. It is unfair towards the writer that when he pens down a 22 episode script, the channel and the producers decide to turn it into a 39 episode drama. This clearly shows that the pace was kept slow and a lot of dragging had to be resorted to in order to fulfill the desired number. This is exactly what took away from Khuda Aur Mohabbat 3 and despite being such a big-budgeted, technically well-directed drama, it didn’t turn out to be an unforgettable one. There is no denying that Khuda Aur Mohabbat 3 definitely got a lot of viewership but it fails to be the kind of story like how Khuda Aur Mohabbat 1 was, which is still remembered to this day!

Peerni Jee ended up convincing Kazim Shah to agree to Mahi & Farhad’s marriage. He decided to go ahead with it and allow that to happen. It was definitely nice to see a father succumbing to the love he had for his daughter. It would’ve been so nice if they had included a dialogue or two with the father acknowledging all the sacrifices Mahi has made. Yes, he did speak about how his ego got the better of him before and how Mahi obliged but he should’ve spoken about Mahi’s struggles too.

Nazim Shah did not leave any stone unturned to show how cruel he was. However, I am glad that in the end, he wasn’t the one who shot Mahi because of the way he left silently, I thought Mahi would die after getting shot by her brother. Although they didn’t turn it into the honor killing, which I am glad about, all the things that Nazim said about Mahi & women, in general, suggested just that. Those dialogues were distasteful and although they just wanted to show the kind of mindset men belonging to such social setting may have in general, these dialogues sounded more like a reinforcement. They should’ve definitely worded this conversation a bit better for sure! 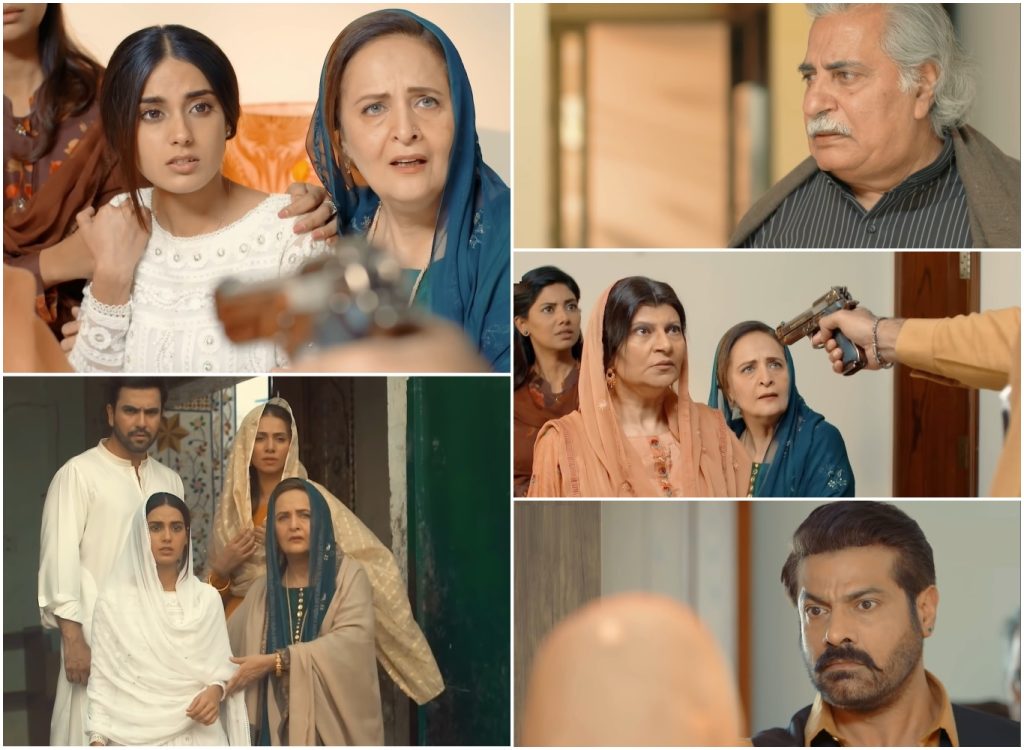 So, Kazim Shah let Mahi go but on his own terms where he wanted to cut ties with her. Well, I also feel a part of him knew that Mahi will be fine because she had Jageerdarni’s support but I am glad he took his decision on his own and didn’t allow his son to influence any of it.

Well, Mahi and Farhad finally met and all this while, I was wondering why wasn’t Dilawar doing anything – like calling Farhad’s family because he had actually met Farhad’s brother in the past. Why wasn’t Dilawar or Sikandar doing anything to take him to the hospital and just letting him suffer and succumb to the wounds? Once again, the way things turned out was a bit unconvincing but then this is exactly how most of the situations in this drama have been. They have been winging it and not thinking much about how things should be made convincing or at least logical. They have always left a window open for what-ifs & why nots!

So, Farhad and Mahi saw each other and died. It was sad but wasn’t something unpredictable. I definitely saw this coming & I just took it as they showed. Usually, there happen to be some characters that when they die, you do feel empty – like Kashf, I remember thinking about her character for days after the last episode ended but this one just seems like a drama that has just finished with nothing for me to take away from it. Sad that they both couldn’t be together but good that either one of them didn’t survive to bear the loss & mourn it for the rest of their lives! 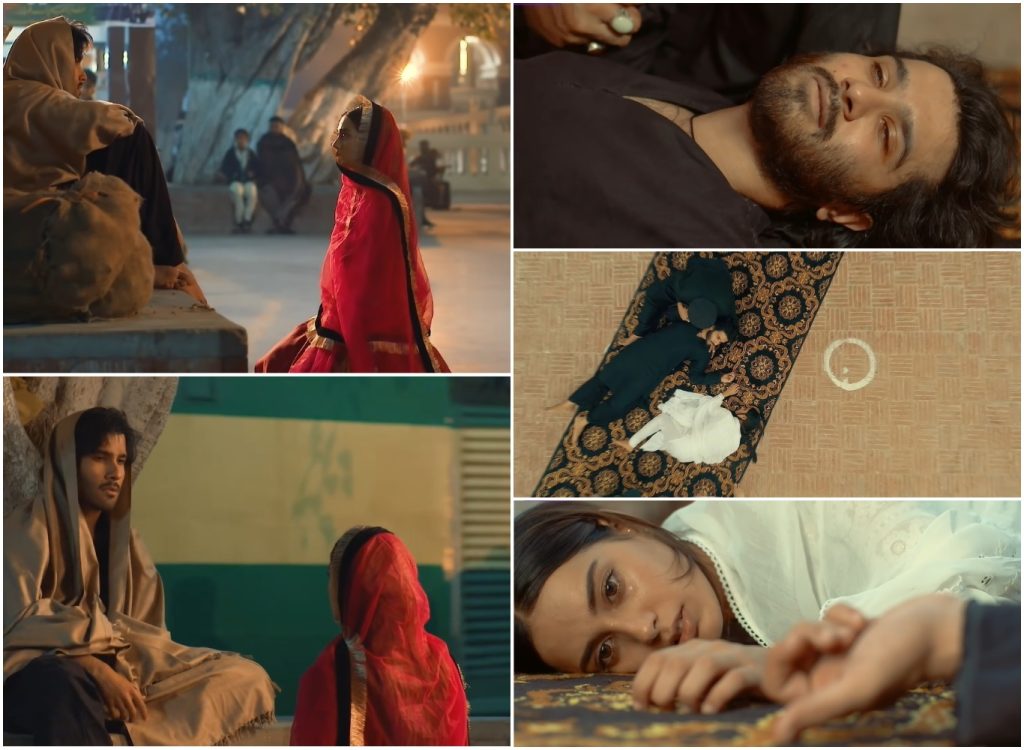 Khuda Aur Mohabbat 3 was a pretty straightforward story. There should’ve been some depth in the characters and some layers to them, but sadly that didn’t turn out to be the case. Even now when the drama has ended I am wondering what was it that made Farhad’s journey spiritual? It was absolutely not explored. Some conversations that he had with the Dervish seemed more like lectures with Dervish just giving him an insight into what the spiritual journey is but Farhad on his own never truly walked on that path. He was still very much in love with Mahi and she was still very much the center of his attention. His love for her never really turned into the love of God or anything like that. The director definitely deserves credit for making Khuda Aur Mohabbat 3 larger than life visually and creating that ambiance. The production value was definitely visible in every single frame but I feel stories like these need to be told in a simplified manner – exactly how Khuda Aur Mohabbat 1 was executed. Also, because it was shown in such a simpler manner, the essence of the story and the soulfulness of the characters was far more visible than Khuda Aur Mohabbat 3.

Feroze Khan definitely acted well as Farhad and it won’t be wrong to say that he definitely fit the character seamlessly. He did give his best shot. Iqra Aziz has never looked this stunning in any of her dramas before. I wish Mahi’s character was explored a bit more, some monologues, some thoughts that ran through her mind – usually it was always Mahi giving replies to Sahiba and being in denial of her love for Farhad. It is sad that the main characters were shown to be so one-dimensional, there was definitely a need for some more personality, some substance to them.

The rest of the supporting cast such as Sohail Sameer, Sunita Marshal, Hina Bayat, Junaid Khan, Tooda Siddique, Usman Peerzada did well. Saqib Sameer was disappointing with his expressions being so cartoonish. Shameen Khan was wasted and so was Momina Iqbal. Asma Abbas and Waseem Abbas definitely left an impact with their performance in those episodes that they were a part of. It actually makes me sad that Farhad’s family was not informed about his ailing condition when he was alive. The production value of Khuda Aur Mohabbat 3 was something that has been never seen before. I am sure all of this definitely added to the visual impact it had on the audience but the story and the characters were weak. I can not believe that the first season of Khuda Aur Mohabbat ended at only 16 episodes and here we are today, at 39 episodes and still wondering about the journey of the characters and how it was realistic or made sense. Goes to show how far we have come in terms of commercialism.

I thank all the readers who joined in the discussions every week on the reviews of Khuda Aur Mohabbat 3. Please share your thoughts about the last episode as well as the entire journey of this drama.

ps: It won’t be my review without a bit of fun so there you go: 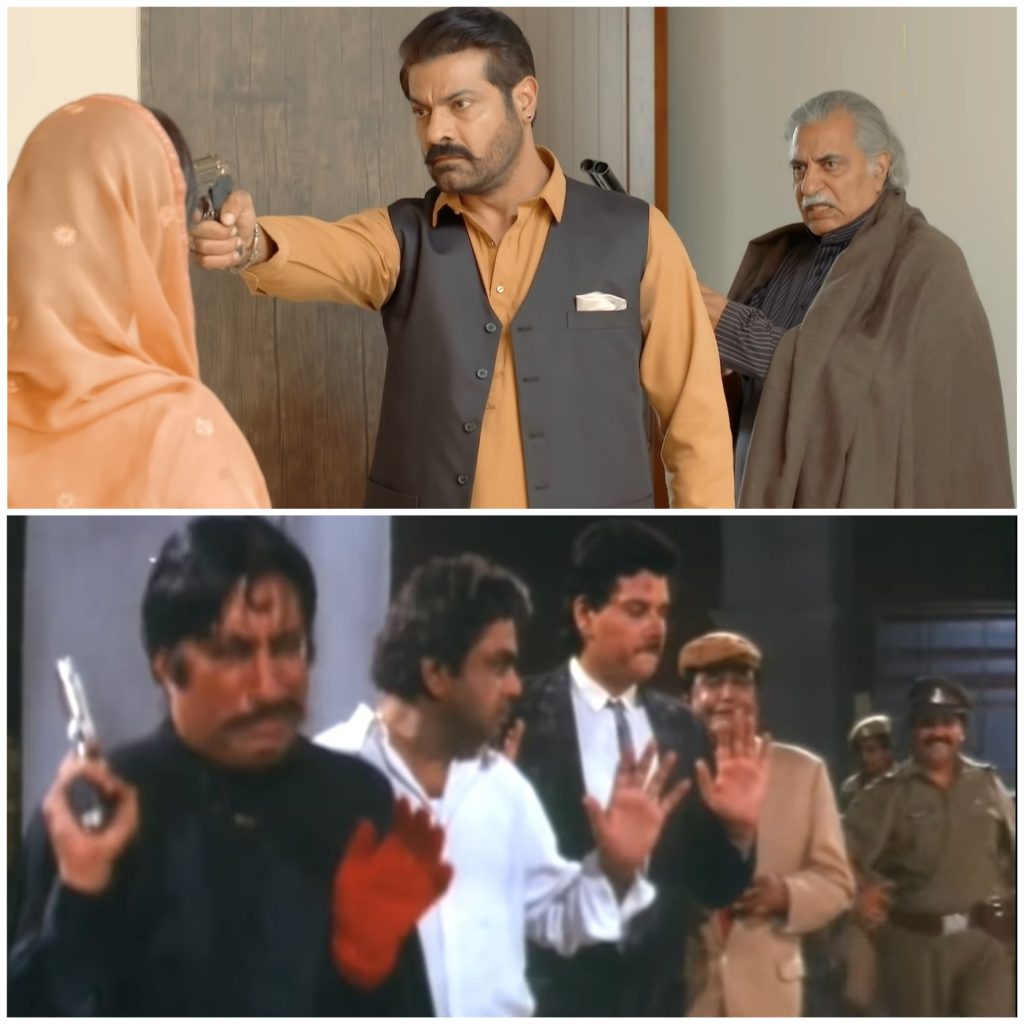