Although I just wanted this drama to end more than anything else and was quite sure that I had lost interest in all the tracks because everything seemed to be taking too long but surprisingly this last episode turned out to be very emotional and was overall gratifying. Mahi’s character however deserved a better ending. Even though as a whole Khuda Mera Bhi Hai could have been far more powerful if the writer delved deeper into the intricacies relating to the medical aspect of having such a child in a subtle manner but as a whole it managed to highlight issues which are rarely talked about on television. Also, the prejudice and hatred Noor himself faced as a child wasn’t highlighted in the drama perhaps because the makers did not want to put a child star in that position, which is understandable. It can safely be said that despite its glaring flaws Khuda Mera Bhi Hai questioned stereotypes like no other drama ever has. It had positive role models and even though some of the messages lost their effectiveness because of the constant repetition but this last episode made up for that by summing up the real purpose behind the drama.

Khuda Mera Bhi Hai did not only have one hero but it had a lot of positive and strong individuals both men and women who worked together to make Noor’s journey a success. Zain’s character was also etched-out brilliantly; he wasn’t a negative person but someone who wasn’t strong enough to accept someone like Noor. This went to show that not everyone can do what Mahi did but when someone decides to stand by their child like this then God helps them through people like Mikael and everyone else who supported Mahi. I must say though that there were a lot of times when Mahi’s character and her efforts were relegated to the background and Mikael was shown as someone who played a much bigger role in Noor’s life. 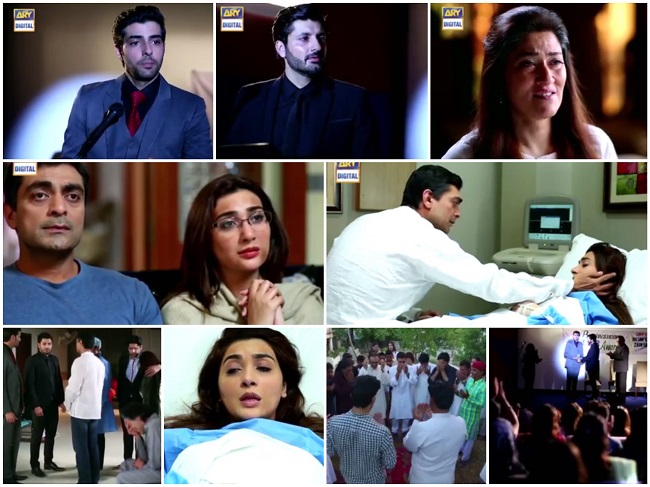 It was definitely great watching Aisha Khan play this role which had a lot of room for performance. It was also good to see a strong woman who had a heart of gold but towards the end the way the viewers were forced to feel sorry for Mahi’s character was completely unnecessary. Sanam’s character had to be one of the most intelligent female characters we have seen in a long time. Marium Saleem did complete justice to her role and I am looking forward to seeing more of her. Saba Hameed is an iconic actress who clearly lives and breathes every role she plays, another strong woman in this play, who raised a daughter who made a huge difference. Aly Khan, Imran Ashraf, Mahmood Aslam and Syed Jibran performed their roles brilliantly too which is why it was always easy connecting to their characters. I did however feel like Zain was forgiven too easily! This was also one of those very few dramas with positive and open-minded men.

In my opinion Furqan Qureshi and Adnan Shah Tipu deserve tons of appreciation for choosing to play these unconventional roles and for bringing out the best in them. Noor’s speech was right on point and it summed up the most important message in the drama – how can we reject someone who is Allah’s creation just like every other creature on earth? If Allah has given them life then the society should accept them and make room for them. Khuda Mera Bhi Hai could have been one of the best dramas of this year if it wasn’t stretched so much. While making these dramas the producers should hold the purpose behind such plays dearer than commercial aspects. Having said that, I do appreciate and acknowledge the fact that Khuda Mera Bhi Hai dared to talk about a topic which is very relevant and hopefully we will see more dramas addressing this issue in the future too.