Ohkay so, this episode of Koi Chand Rakh was good only because it ended on an interesting note but other than that it was filled with repetitive situations which were worth forwarding & not watching as there was nothing new to be seen.

Rabail Is a Punching Bag:

As much as I sympathize with Rabail, I am having a tough time accepting her character as a punching bag that is has become because she chooses not to use her brains & sensibilities. Rabail is always pushed by every single person in her life to do the heavy lifting & act as their cover & without even analyzing anything, she simply agrees. Yes, Rabail is nice & she is innocent too but at this point where she has been repeatedly stabbed in her back, she can at least take a step back & guard herself from what everyone puts her through.

Zia Bhai wasn’t as great as I thought he was. He just proposed Sobi & despite knowing how psychotic Zain is, he put the entire blame on Rabail for instigating this proposal? Zia knows that Zain is already not fond of Rabail so for him to use Rabail’s name in order to prove his loyalty to Zain was ridiculous – that too after being insulted by Zain so many times!

Can Zain stop talking to his dead father & can he just stop talking about what his father wanted him to do? It is so obvious that he has his sights, heart & mind set on Nishal plus he is so not respectful of his relationship with Rabail so he should stop acting like he is a saint because he is not. If Zain would have had an ounce of respect left for his dead father, he would have stopped meeting Nishal then & there. 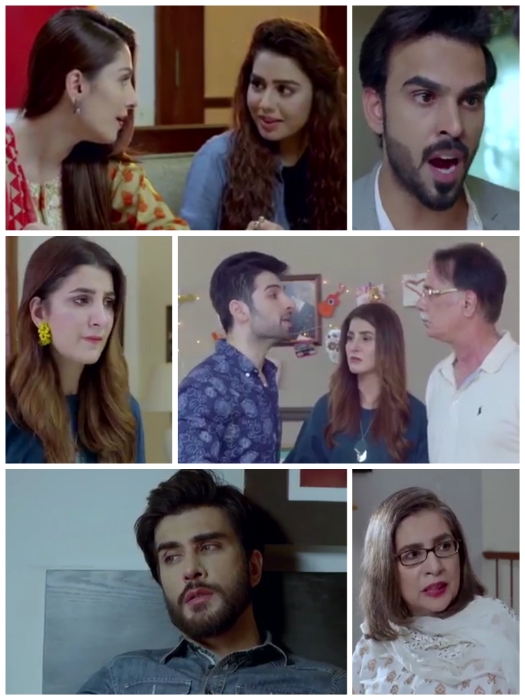 Nishal very well knows that Rabail never ever reciprocated Umair’s feelings that is why she was feeling guilty for fabricating all lies based on half-baked evidences against her but because Nishal has lost her senses, she chose to go ahead with her evil plan of maligning Zain’s heart further against Rabail!

I am tired of Nafeesa. At one hand she wanted Rabail out of Umair’s life but on the other, she just doesn’t want Rabail to let go of Umair because even Nafeesa knows that Rabail has a control over Umair which she doesn’t, that too being his mother. Asad I thought was rational but he also proved to be a half-psycho member of this entirely mad family because he chose not to understand Umair & in stead of being kind & gentle to him, he just chose the easy way to deal with his son by cutting ties with him.

As if Nafeesa & Co. weren’t enough that even Gulshan & desperate Sobi have now started to play games with Rabail that she should keep the truth to herself & let Zain misunderstand her. I guess even though everyone around Rabail is not sincere to her, I still find it hard to believe that Rabail being an independent woman who deals with different people on a daily basis is still living in a bubble that everyone likes her & no one is deceiving her. Zain told her ‘bakwas nahi karna’ & she stood there unaffected as if she has no self-respect because for Rabail this should have stopped her for a second to question him why was he being so badtameez?

Anyways, this episode of Koi Chand Rakh didn’t do much but yes Umair finding out about Nishal & Zain was something unexpected but a good twist. Zain could tame Zia but Umair is rebellious & he would do anything to protect Rabail so it is good that without Rabail knowing, Umair is going to be on her side looking after her. Muneeb Butt has performed brilliantly & so has everyone else but their makeup clad faces make it hard for me to take them seriously or feel anything for them. Please share your thoughts about this episode of Koi Chand Rakh.