If only Zainab would stop daydreaming. Like seriously, stop! The opening scene of this episode made me think it may be a dream but the scene was so long that I soon ditched the thought and said bravo! Jahanzeb finally speaks! And what flowery words he actually utters! But no – it was just Zainab being Zainab again. Sigh. Bari Sahab tells Zainab how grateful and humbled she is that Zainab stepped up to save Jahanzeb’s life but that she will not hand Zainab over to Sikander and his clan and has something up her sleeve. The ‘something’ turns out to be Mannat’s baby – Sikander’s heir. Bari Sahab also temporarily transfers all of Zainab’s property in her own name and news of this is delivered to Sikander via our desi Charlie Chaplin.

We are ‘treated’ to more of Shahzeb’s Dear Diary conversations to Alisha in this episode. Alisha mein kuch nahin kar saka. Alisha I am helpless. Alisha today Bari Sahab scolded me. Uff! Shahzeb wants out and Alisha wants to begin a revolution – without actually moving from her home. It should seem frustrating but it is funny how everyone just gives Shahzeb the shut up call. He tries to talk Zainab into refusing the marriage to Dilawar and she throws him the ‘education taana’. Bari Sahab does the same time and again. Shahzeb wants to leave the village and Alisha wants him to stay put and make changes but did she not earlier ask him to leave and marry her and stay in the city? Ah, but the desire for justice burns strong in Alisha’s heart. Poor Shahzeb. Oh and cherry on the top – Bari Sahab has started to suspect that Sikander is using Shahzeb to bring her down. Itna pivotal role play kar he na lay Shahzeb! 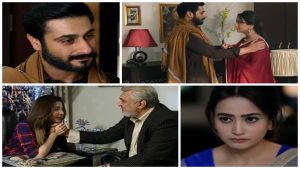 So Bari Sahab offers Mannat’s child – Sikander’s grandchild as truce. I could not help feel for Mannat though. Although Bari Sahab claims to love her but I have still not come to terms with how she agreed to her marriage to Sajjad in the first place and now this. To separate a mother from her baby is nothing less than cruelty. And Bari Sahab being a mother should understand that! Dilawar has been fuming over Sikander’s half baked plans to avenge Sajjad’s death and is overjoyed to hear of an heir but more than an heir, Sikander craves the lands he feels are rightfully his. He and Dilawar do not see eye to eye over how to deal with Bari Sahab.

Bari Sahab is ruthless. We had established that. She loved her own fiercely. I had no doubt about that. But her confidence has grown since she has managed to sway the panchayet with calling off the wedding by offering Sikander his heir instead and she crosses the line by calling in the doctor to abort Mannat’s child – without Mannat knowing. The lengths this woman would go to in her hatred for Sikander is really beginning to amaze me. She does not want to end the feud and given that Dilawer is still thirsty for Jahanzeb’s blood and she has two grown sons who would be very easy and happy targets for already furious Sikander and Dilawer makes me wonder at Bari Sahab’s sanity, greed and ego. She wants Mannat to be rid of her baby and desires to have her married – again. A favorite in our dramas is the statement shaadi gudda guddi ka khail nahin (granted Sajjad was no gudda) but Bari Sahab is surely treating Mannat as a doll to do with as she pleases! 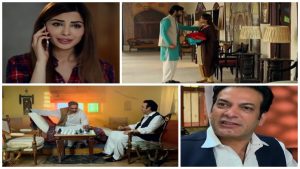 It is intriguing watching how Bari Sahab’s mind is working, churning out one plan after the other without any regard for anyone’s opinion. I wish we were shown the scene when Dilawar and his family are told about Mannat’s pregnancy. Who tells them and how? I also really wish Jahanzeb would speak up – like yesterday! What was with the vow he made in his prison cell? To declare his love to Zainab once he is released. Why will he not say anything – to Zainab, to Bari Sahab?! The preview for next week shows Bari Sahab arranging a match between Zainab and Shahzeb – I hope someone, anyone will speak up and stop that from happening but I have no expectations from anyone from the haveli. Maybe Alisha? Let’s see.

The scene between Jahanzeb and Zainab at the beginning of the episode was nicely done, both acting wise and dialogues, but ruined when it turned out to be nothing more than a daydream. It is interesting how Bari Sahab being a woman has no qualms in stating what she wants but expects the women of the younger generation to be mutely obedient. Will Zainab be engaged / married to Shahzeb or will Alisha save the day? Would love to hear your thoughts. 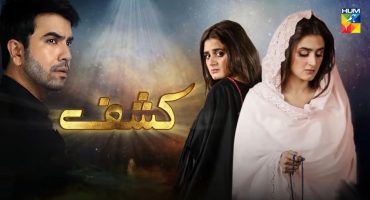