These four episodes of Laal Ishq have taken the drama forward in huge steps and all of them equally engaging, intriguing and yet all the more complicated. For Ansa Mehrunnisa aka one woman army of Laal Ishq, things are downhill since the day she has found out the identity of Farhad and Rameen. First her world came crashing down when she got to know that she had unknowingly engaged her daughter to the man’s daughter whose blood she is thirsty for. Secondly, to her utter dismay, her strength, Mehr Punaar has fallen in love with Bali’s daughter. That makes him leave Bali unharmed not once but twice because of the love that he has for her. The first time, mamoo Munir tried to do his job but Punaar stopped him the middle, which made Bali hurt and hospitalized but not fatally. This was so difficult for Mehrunnisa to grasp that she lost all senses in anger. Her effect was so much on Punaar that he agreed not to leave Bali alive the next time he finds him. He even denies his love for Rameen but she is not going to let him go that easily. She reached the restaurant unexpectedly when he and Farhad were meeting and created a huge scene which ultimately made his brother realise that she had also fallen in love.

Mehr Punar is shown very realistically confused. He has been brought up and raised in a way that his sole reason for existence was to take revenge for Hukum’s murder. Now that he has discovered romantic feelings for Rameen, he doesn’t know how to deal with them. He can’t dissociate her identity of being Bali’s daughter away from her and that makes him swing between a love hate pendulum for her. Aabi Khan has consistently been a star in all four episodes.

Farhad is also just amazing as the calm and controlled one. It’s lovely to see all four youngsters with individual personalities and temperaments being so wonderfully played and acted out. Amongst the terribly emotional Punaar and Mahi and Rameen, Farhad is an oasis of calm and thoughtfulness. He is strong but gentle unlike Punar who is gentle at heart but doesn’t quite know how to control his temperament and all that’s expected out of him. That’s understandable though, since they have been raised by totally opposite individuals and they have the characteristics of their parents in them.

Ansa Mehrunnisa has crossed all limits now and went to the extent of putting metal locks in Mahi’s feet to keep an eye on her all the time. Mahi has suffered so much at the hand of her mother, that she has started requesting Farhad to do court marriage with her, which he is almost willing to do but not quite. Mehrunnisa has even shot one of her maids and injured another one because she saw her helping Mahi in talking to Farhad.

The next time Punar and Munir have gone to kill Bali, Rameen comes in front of his father and Punar is helpless in love. He simply shoots at Bali’s feet and this time mamoo Munir also stops and follows Punar home. 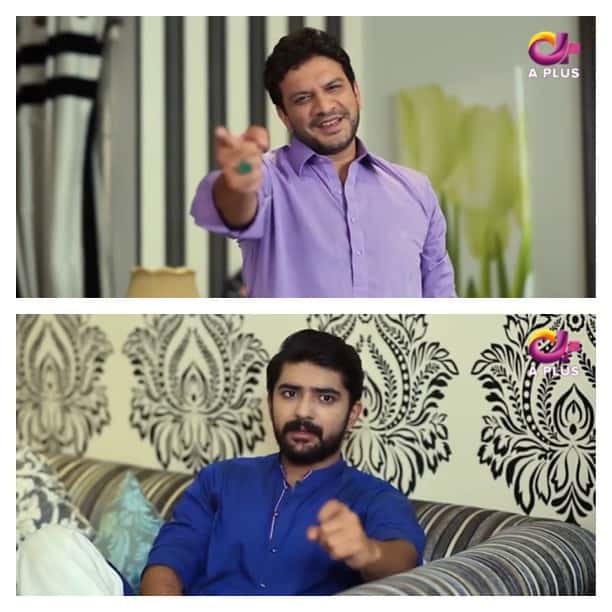 On seeing that she is losing a battle, Mehrunnisa gets Mahi engaged and insults Jajji and Rameen when they come to request her for Mahi’s hand. Jajji and Farhad seems to be the only two who are feeling everything, hence they have that tragic expression all the time. The others, including Bali himslef are an example of if you think, life is a comedy. Despite their trials, they still see humor in all of it and that makes Laal Ishq a very interesting watch in an otherwise sad story.

It was very refreshing to see Zahid’s entry as such a good human being. Just by being egngaged to Mahi and that too wrongfully, he fully listens to her and wants to help her. He is such a positive character. Now that Mahi and Farhad are all set to elope secretly with Zahid’s help, Rameen tries to take Punar into confidence but he becomes Mehrunnisa’s son once again and gets really angry at the suggestion of Mahi and Farhad’s court marriage.

The two stars of the episodes were again Mamoo Munir and Mehr Chiragh. Mamoo Munir is such a fun character that I actually look forward to his scenes. Simply amazing…