Ohkay so, this episode of Mana Ka Gharana was interesting. I am glad that they decided to change the plot & introduce new faces at the right time because otherwise, it wouldn’t have taken too long for it to turn a bit stagnant & boring.

This episode was all about Mana & Shehryaar. The moment Mana sensed that apart from her mother, everyone else was against the proposal that was put forth by Gul Bahar, she decided to seek Khizer’s help as she shares everything with him easily & she knew that he would do anything for her.

The thing that I found totally odd was that Gul Bahar hasn’t left a good impression on the whole family but all of a sudden, she is being welcomed into their household like a family member who never left & was their well-wisher. We have always heard Saleha speaking about what Maalik means to her, so when it comes to Mana, how can she, being a mother, not get skeptical or conscious of the decisions that Gul Bahar is making for her daughter? I really found it odd that not only Gul Bahar has started running things there, she is being entertained by each & everyone, Maalik excluded of course. 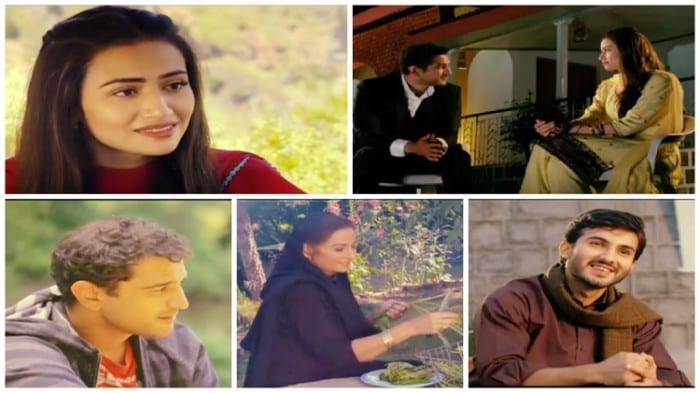 Both Ghalib & Maalik want Mana to get married to Khizer but when Khizer himself decided to support Mana, both of his uncles were shocked as they then had no grounds to object Shehryaar’s proposal because Khizer didn’t show any interest in Mana in front of them. I really liked the fact that there was a time when both Mana & Khizer used to be worried about Maalik & Zarri, but the tables have turned & now it is Maalik & Zarri who’re worried about both Mana & Khizer.

I really thought Saleha was wise enough because she spoke about missing compatibility between Khizer & Mana, but now after seeing her support for Shehryaar really made me question her farsightedness. How can she not be worried about the class difference & the difference in the upbringing that persists between Mana & Shehryaar. She has seen the fate both Maalik & Gul Bahar met just because they both had different mindsets, so how can this aspect not bother Saleha at all? Just because Saleha saw her daughter’s forlorn face, she agreed to this proposal & what made it even more hard to absorb was that it was Gul Bahar who suggested it & still Saleha had no issues & in fact she thought the fate was being too kind on them by sending Gul Bahar to their home once again!!!

Oh well, even though Mana is different from the girls we have seen in our dramas before & she has a sense of responsibility & maturity that really sets her apart from all those character & not to forget that I like her character, having said that, I so wish Mana had shown some signs of self-respect & substantial dignity because these two things were clearly missing from her in this episode. Gul Bahar kept on putting Mana, her lifestyle & her whole family down in front of her but she chose to stay aloof & in a self-created happy bubble that she is meeting the man of her dreams very soon. Just when Khizer tried to tell Gul Bahar off, Mana swooped in & agreed to whatever Gul Bahar was saying. Yes, I do understand that she comes from a very small town & her exposure is limited, but that really doesn’t mean that just because she dreams big, she can compromise on a lot of other essential aspects like dignity & self-esteem to be with someone she ‘thinks’ is her prince charming!!! 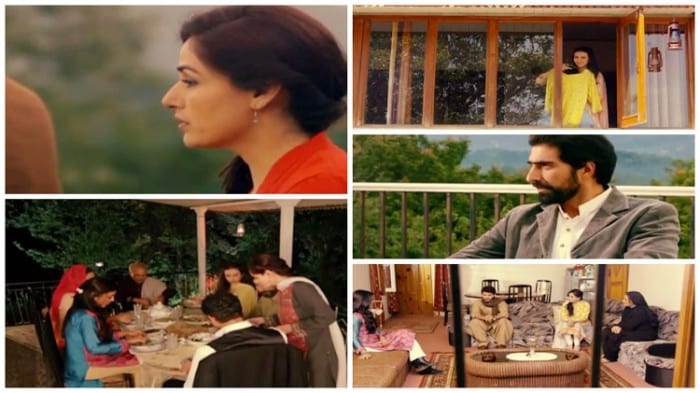 As expected, Shehryaar surely is Gul Bahar’s nephew. He was just as self-centered & egocentric like her. He smiles & sweet-talks but knows exactly how to put someone down. He did the same with Khizer & also Mana but sadly, Mana is behaving immaturely to even take a stand against a guy who is belittling her. I so wish they hadn’t made Mana’s character so typical that her only dream is to get married so that she can achieve her goal of living in a city. She could’ve chosen an entirely different path where in order to educate herself, she had asked to be sent to a closest big city to her town & live in a hostel, at least that would’ve made her look independent & different.

Amidst all this, I really like the relation that Maalik & Zarri have built. They both have grown to be comfortable with & around each other & not only that, they both have started to confide in each other as well which is really interesting. I am sure Gul Bahar is not going to go easily & why not, considering the way she is being treated as a royalty & how she is being entertained more than required, soon enough she will turn Zarri into a vamp & will blame her for wrecking the non-existent relation that Gul Bahar & Maalik have! This episode was interesting & the preview looked good too. Please share your thoughts about this episode of Mana Ka Gharana.