Since I genuinely look forward to our discussions every Saturday on this particular thread therefore I decided to watch the Mere Pass Tum Ho special episode (show) although I usually don’t watch such shows. So here I am sharing some random thoughts about Mere Pass Tum Ho in general and the ‘special episode’ in particular. We have all been waiting for the ending of Mere Pass Tum Ho impatiently, the producers did not only decide to add an extra episode to the serial but also delayed the ending. I must say that this was a really intelligent move from a monetary/business point of view but one which frustrated most of the viewers. 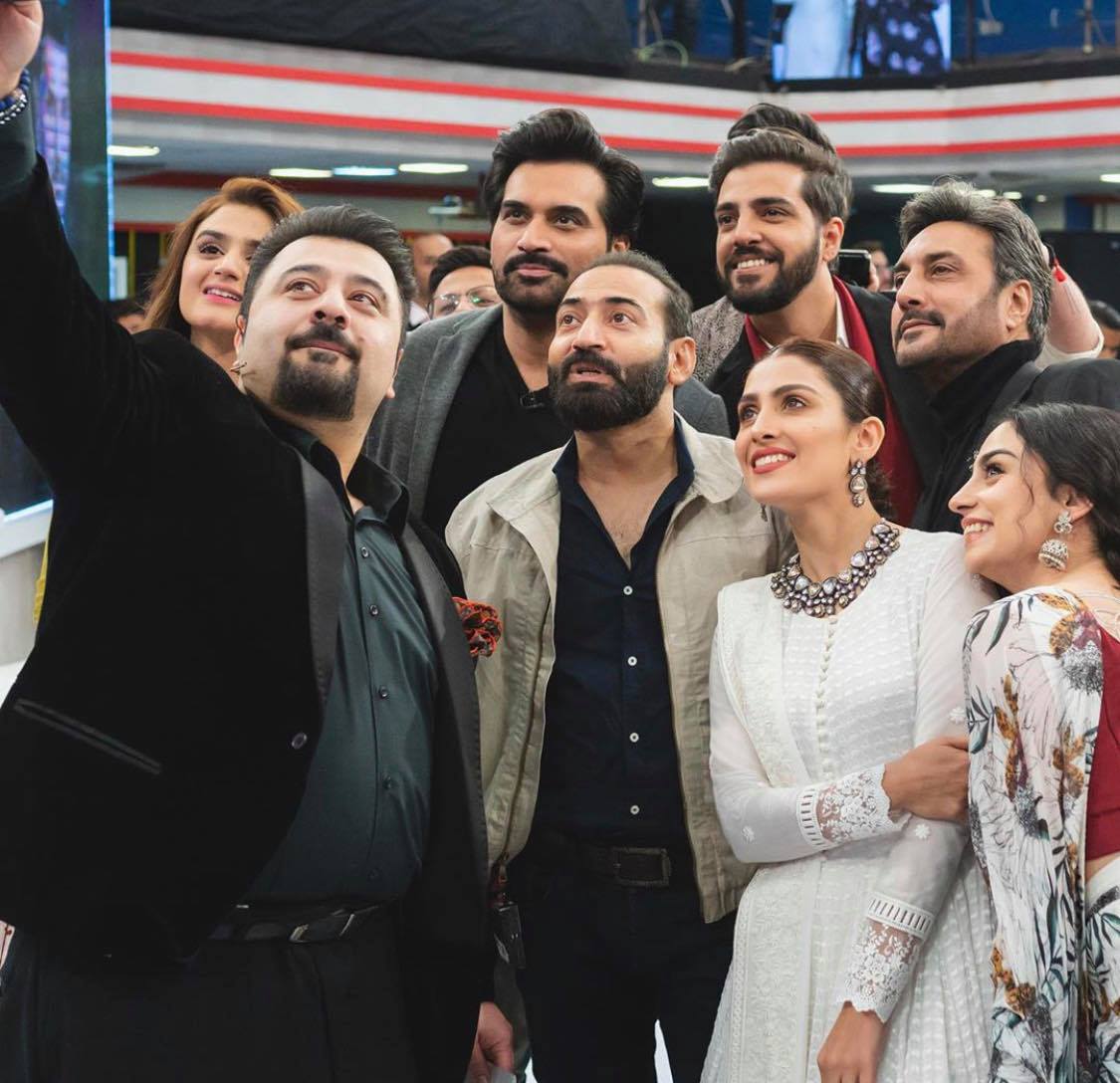 The fact however remains that this hype is backed by massive viewership therefore despite the fact that most of us do not agree with some of the marketing strategies and tactics used by the producers to ensure that viewers tune in to the show when it goes on air, most of us are equally excited to watch this last episode. The question is that whether this last episode will live up to the hype? From making the viewers wait to airing the last episode in the cinemas, the producers have left no stone unturned to ensure that they have the viewers’ attention. Such marketing strategies have also upset those viewers who believe that the drama is not worth the hype! 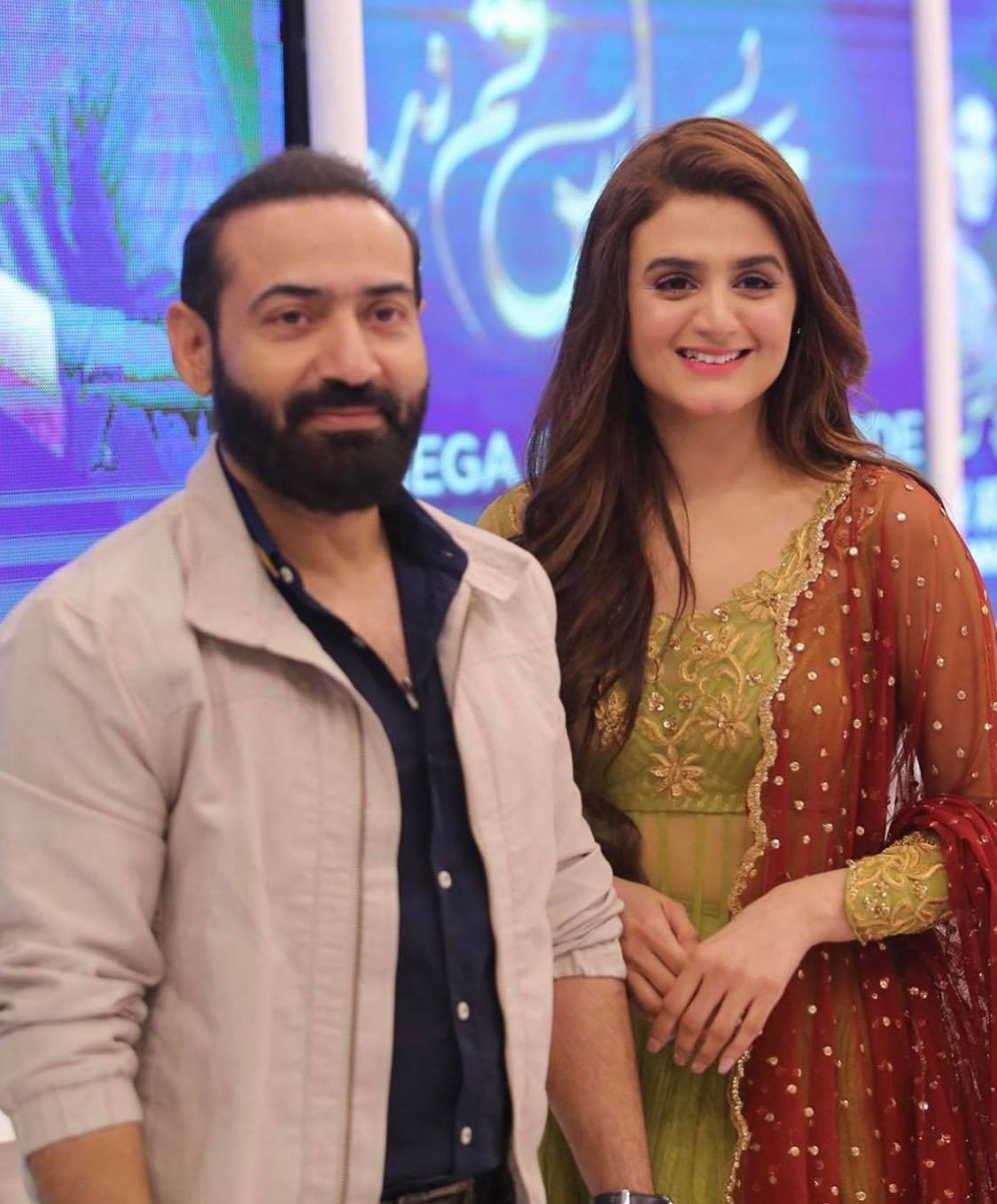 Tonight’s show however turned out to be another wise decision by the producers. Instead of showing flashbacks, another filler episode or a repeat episode, the producers managed to put together a show which was both insightful in some ways and entertaining.

When Ahmed Ali Butt asked everyone present at the show how they wanted this drama to end, no one mentioned that someone will die therefore I have a feeling that someone might die in the end. Everyone was all for a happy ending – perhaps because there isn’t going to be one. Khalil-ur-Rehman Qamar in an interview however said that there will be a tragic ending. No one once said that Danish will die in the end. It is impossible to predict how Mere Pass Tum Ho will end but it was great watching everyone involved sharing their opinion on one platform. 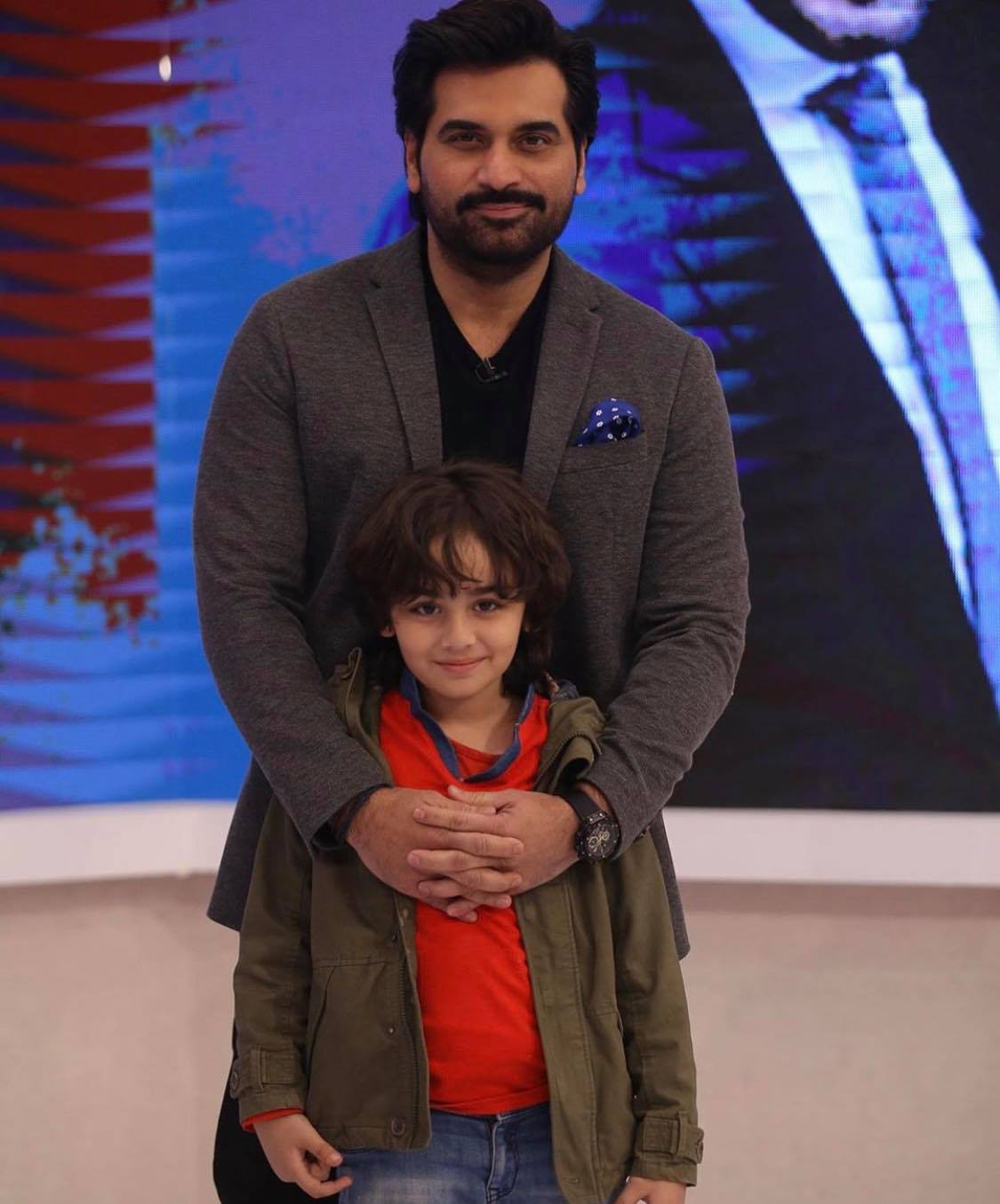 What Are Your Expectations?

It was interesting watching the host Ahmed Ali Butt sharing all those viral memes and asking all those questions which people have been asking. The question about sparkling water showed how good his research was! I love Ahmed Ali But as a host, he is not only witty but he is always well prepared. I would love to hear from everyone here what their expectations are from the ending. I have no clue what is coming our way but this ending definitely reminds me of the way all of us looked forward to Dillagi’s ending. The situation in this drama however is far more complicated. 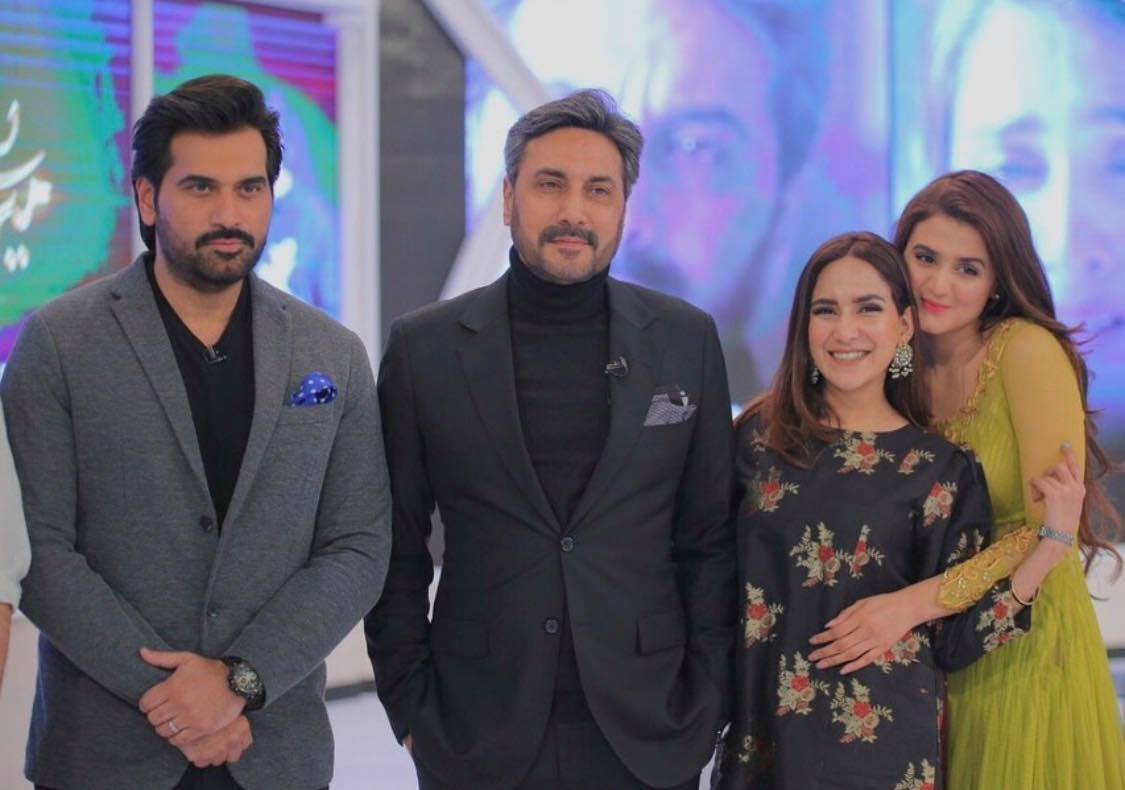 Is Mere Pass Tum Ho Worth The Hype?

Whether Mere Pass Tum Ho is worth the hype or not is debatable but the attention this drama got is definitely unmatched. It would also be unfair to say that Mere Pass Tum Ho was just another story about betrayal because for the first time the viewers got to see a man’s perspective in such detail – what a man goes through when he is hurt and betrayed. The team Mere Pass Tum Ho definitely succeeded in getting that message across. Like every other drama written by Khalil-ur-Rehman Qamar this one too had quite a few dialogues which the viewers loved and others which were considered regressive by viewers who do not agree with the writer’s philosophy. Nadeem Baig deserves all the praise and definitely an award for the magic woven by him on-screen. Even when the first few episodes of Mere Pass Tum Ho did not work for me at all, I always noticed and appreciated the beautifully rendered details which created the right atmosphere for every situation. It was good to see Khalil-ur-Rehman Qamar showering Nadeem Baig with all the praise because he surely deserves it. 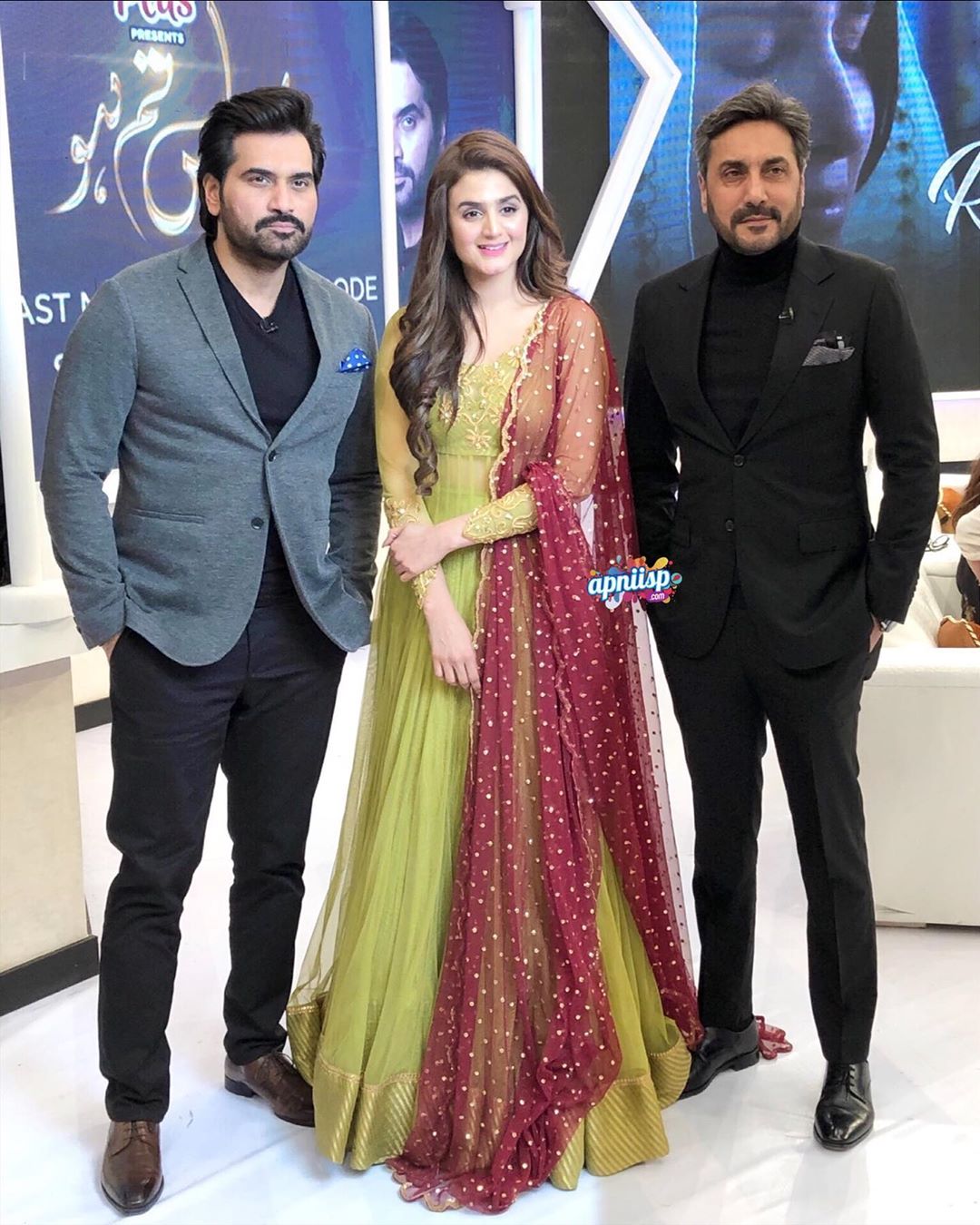 The stellar performances by Humayun Saeed and Adnan Siddiqui in particular added to the overall appeal of this drama. Last but not the least the writer managed to make a somewhat familiar story extremely powerful. Technically too this drama had no glaring flaws. There were times when the story was lethargic and repetitive but for the most part Mere Pass Tum Ho managed to entertain the viewers with quite a few unexpected twists and turns. Some of the emotional scenes will stay with us for a really long time. I am hoping to see an ending which will truly make Mere Pass Tum Ho memorable.

I must say that after a really long time I am truly looking forward to the last episode of a drama. Although initially I felt that the idea of a special show might just add to the hype and nothing else but this show was actually like spending two hours with the people who entertained us for so many weeks. The good thing about this show was that everyone was included in it and only those actors were missing who couldn’t make it to the show. Shees is a witty child, he actually left Ahmed Ali Butt speechless. 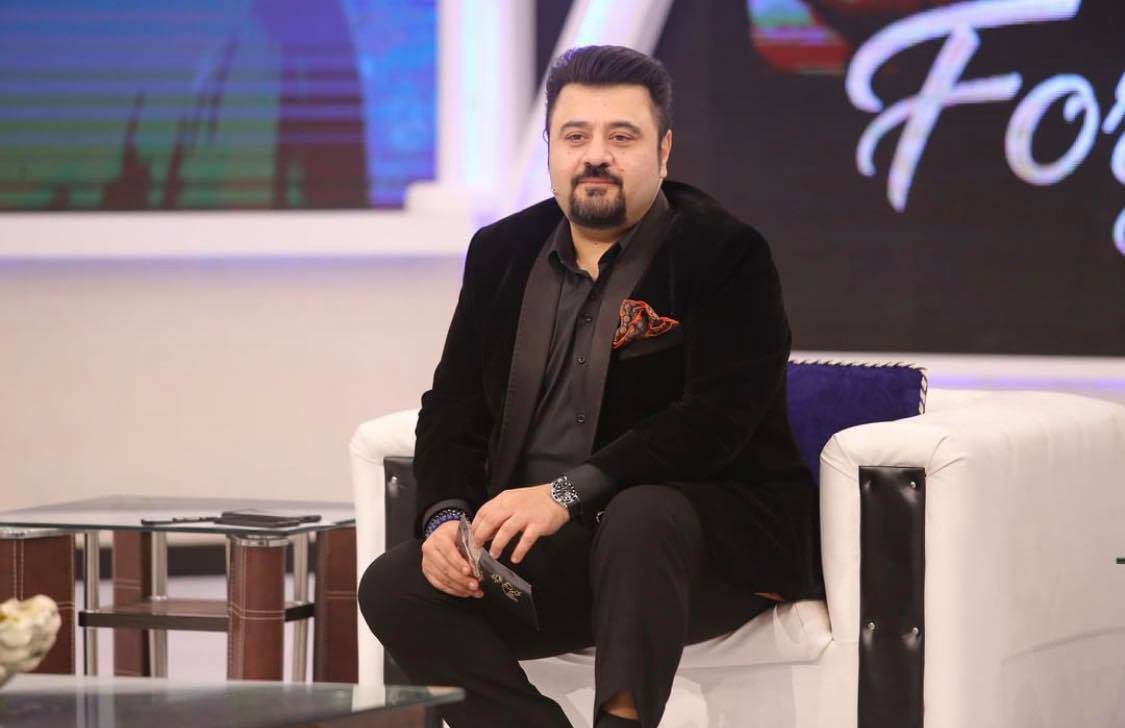 I must say however that Humayun Saeed has been brilliant as Danish but he seemed quite distant in this interview although he is the producer as well. Ayeza Khan looked stunning and I enjoyed her remarks and presence in the show. But this is definitely not the first time that she is playing a negative/grey character, she recently played three such characters in Yaariyan, Tau Dil Ka Kya Hua and even in Mohabbat Tumse Nafrat Ho. It is funny how everyone was cautious while talking to Khalil-ur-Rehman Qamar but even then Ahmed Butt managed to ask him quite a few interesting questions. Nadeem Baig is a gem for sure. 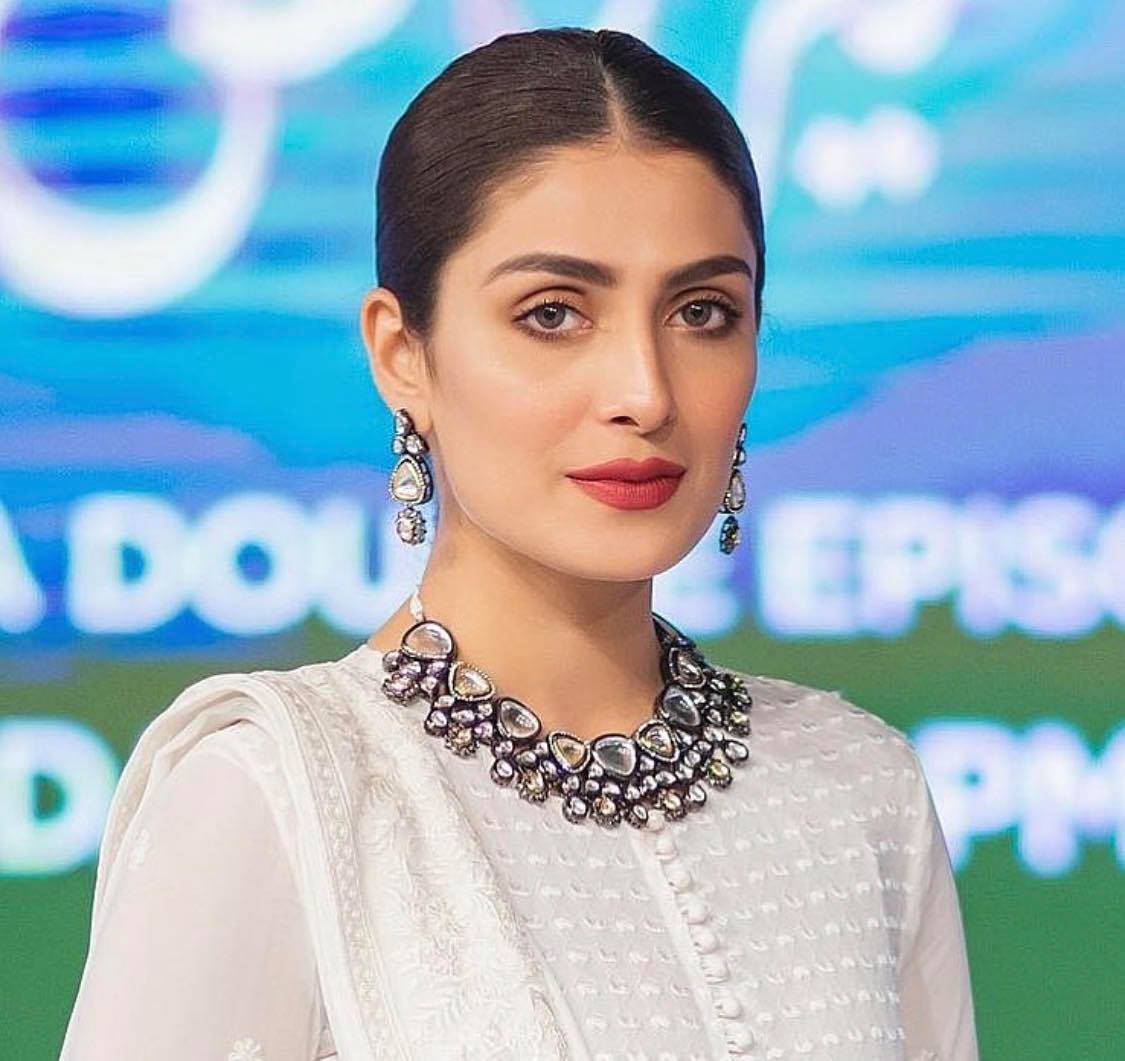 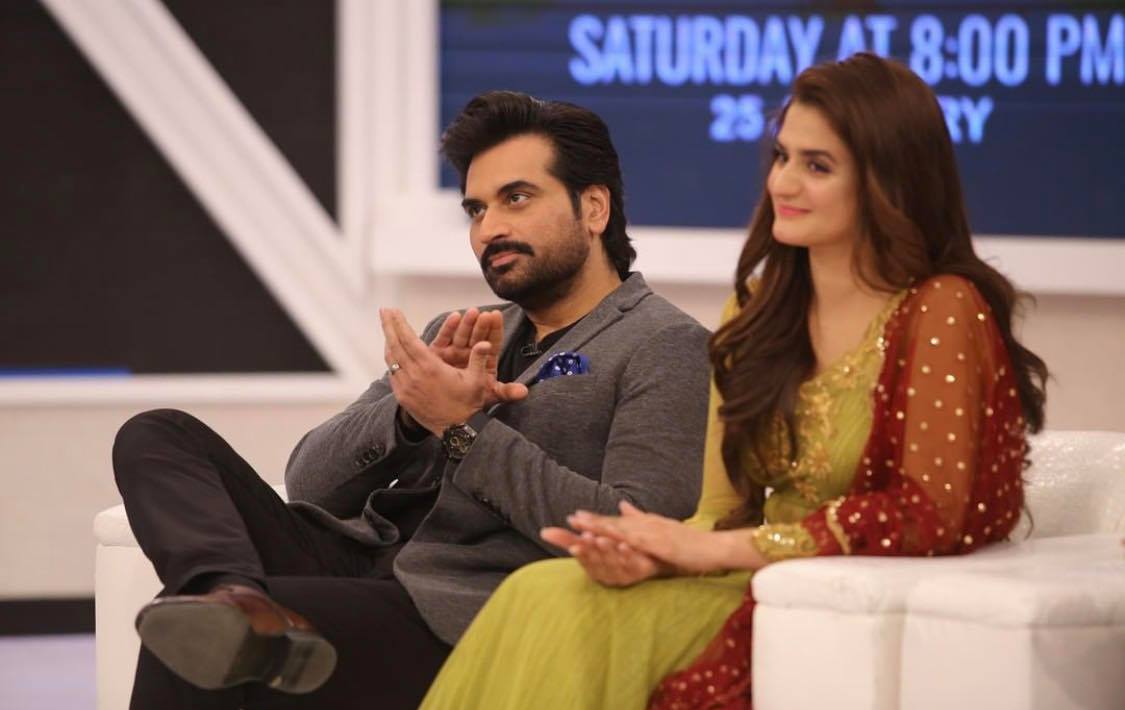 Share your thoughts especially about the ending and how excited you are about the last episode? Did you enjoy this special show?