I am so glad that I didn’t give up on this play because tonight’s episode and the previous few episodes of MTSNH have kept me glued to my television screen. The story has taken a really interesting turn, with this episode the viewers were once again taken back to the present scene from where the drama started. These scenes reminded me of my first impression of this drama and I must say that with its the highs and lows, overall this has been a very interesting journey. Few weeks back if someone had told me that this drama was going to be one of those dramas I will be looking forward to most eagerly, I wouldn’t have believed them but here I am thinking how will I wait another week to find out what happened to Gulrez and when will Waqar finally mention what was written in the diary. 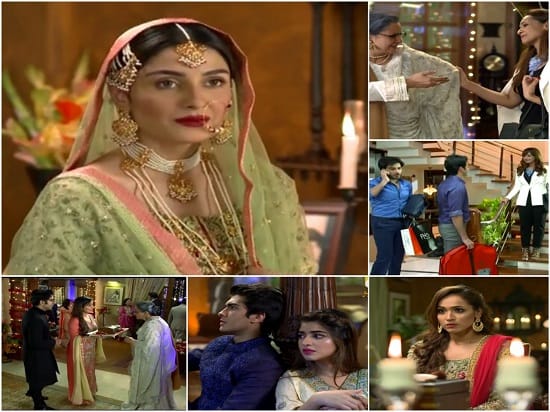 After watching tonight’s episode, I am pretty sure that the viewers will get to see every little detail because right now every reaction and all the minor details count a lot. For example in tonight’s episode when Gulrez read the letter, the contents of the letter and his reaction was covered perfectly. Later on, the scene in which Maheen read the letter was also directed well. Waqar’s reaction was also shown convincingly. Also, right now the screenplay is such that it stirs the viewer’s curiosity. Right till the end I was waiting to find out what happened to Gulrez and that is the main reason why I am more curious than ever to find out if he is alive or not and if he died then what happened to him. I am also wondering what happened to that diary and where is Jia right now. What role she played after Waqar left? Lots of questions!

Tonight’s episode was the beginning of that part of the story which all the viewers had been waiting for and I must say that although it came late but it was completely worth the wait! It also came at a time when even those of the viewers (like me) who were finding it hard to connect to some of the characters and situations are completely into all the tracks in the story. Everyone’s performance was right on point in this episode and even those scenes which were somewhat slow were truly impactful. Ayeza Khan looked absolutely gorgeous as a bride and the entire scenario couldn’t have been covered more perfectly. 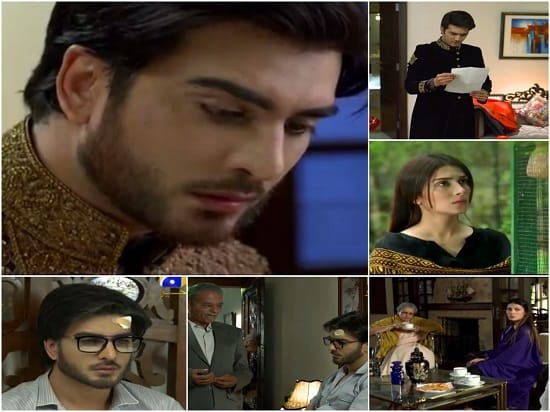 One thing which made this episode a complete winner was the way everyone’s feelings were covered. The manner in which everyone went from being over the moon to down in the dumps made the entire situation even more relatable. This was the kind of episode which completely transports you to another world and you feel everything which the characters are going through. The change in Maheen and Waqar’s outlook in particular when the story was taken back to the present time was also more noticeable now than ever. Maheen looked like someone who had been through a lot and Waqar too had aged. So far, Waqar only wants to know what happened after he left because of the extreme reaction by Neelam in particular and everyone else in general but he has not yet revealed the reason why he left. Given this family’s history, the entire situation can take an about turn at any given moment therefore I am pretty sure that these last few episodes will keep the viewers at the edge of their seats!

This had to be one of my favorite episodes of MTSNH. It has some amazing dialogues to its credit and I love the way Khalil-ur-Rehman Qamar has penned this story down. This is yet another love story written by him which is anything but clichéd. How many of you watched this episode? Do share your thoughts about it.