Assalamoalikum.. Allah bless you all with His abundant blessings this Ramadan. Ameen

Episode 10 of Mubarak ho beti hui hai did have some powerful performances but storyline has not shown much development. It was mainly about the aftermath of Aneela’s son’s diagnosis, and the odds Naheed faced as a result of daring to stand on her own two feet. Life is throwing her back at every curve and till now she is proving she has got what it takes to get going, and so do her daughters. 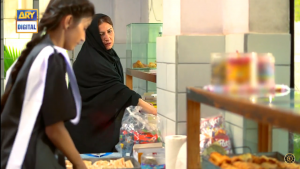 The part about her getting a new job running the school canteen and her daughters getting scholarships was a breath of fresh air. Her oldest daughter Iqra is such a poised and confident young lady and so proud of her mother.

The mother and daughters’ front is all going progressively but as usual, majority of the society cannot bear to see a single woman succeeding. So, Fariha and khala both are hell bent on making life harder for her than it already is. It was very hurtful when khala was sympathetically telling Naheed to have a big heart and accept that she is flawed, like it’s some inherent deficiency of hers that she gives birth to females but Naheed is senseible enough to refuse being pitied or guilt trapped on a ridiculous accusation. Khala is also doubtful of Naheed’s character because of their neighbor, without any consideration of her plight. 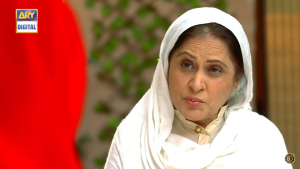 Naheed had gone to her brother’s house to celebrate the arrival of his son with all the fanfare of a first time phuphoo but was met with sarcasm and meanness from Fariha. That woman is not capable of anything else. Shehzad’s attitude was a bit better not for long, as shown in the promo, thanks to Fariha and khala’s venom against Naheed.

Naheed is portraying all the common problems of a single working mother today. She can have all the will and resilience in the world but she still needs child support to go out to work. In Naheed’s case, she has to rely on a stranger like her landlord khala for her infant, even though she is totally disinterested in caring but there is no other option for her. That resulted in a head injury for her baby, causing her so much distress. The neighbour was again there for the much needed help, but unfortunately they caught Fariha’s eye and how she is going to exploit that knowledge is no one’s guess…

In Sadiq and Aneela’s household, nothing much has changed.. life remains the same there with Sadiq a stupid spineless puppet in Aneela’s hands, his mother left sick and alone with only her guilt and regrets to keep her company and Aneela under the impression that because she is cunning, she can cover all her misdemeanours with lies and tears and makeup in front of Sajid, which frankly she does a little too much of. Especially for someone who is worried about her mentally challenged son and who has to do housework like cleaning and cooking .. 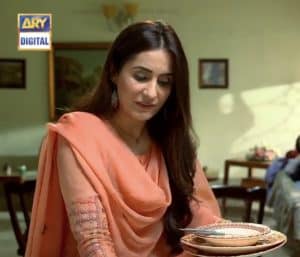