This was another episode of Mujhe Jeenay Du which made it impossible for me to feel for the characters and relating to their stories was next to impossible. Right now the writer is trying to show how Naseeb used one woman and now he is using Saira even though she is not comfortable getting physical with him. Although Mehreen Raheal’s acting is the only good thing about this drama right now but watching Shaheena play the victim doesn’t quite fit in. She didn’t make any sacrifices for Naseeb and neither was she honest with him. She always used to make Saira do all the work and then lied to Naseeb so many times to get Saira into trouble therefore even though Saira is suffering too but this is Karma. There was a time when Yasmin gave her the option of waiting for Naseeb to divorce Saira but she thought that she could easily dominate Saira and take over the house. Now that Saira is older and beautiful, Naseeb feels attracted towards her and doesn’t feel the same way about Shaheena. This change in Naseeb’s character is something entirely new and it also shows that Naseeb never really loved Shaheena but chose to marry her because he needed a woman in his life.

The latest development in the story was handled just as casually as every other important development in the past few weeks. After staying in her bed for a day Saira figured out she had no choice and later on she once again turned to her childhood friend for solace and support. Saira of course had no choice but showing that Saira is dreaming about Shabo and wishing some day she could be with him just ruins the overall impact her story could have had. Her track lacks depth and the viewers are not being shown what a girl in her situation would actually go through. The most strange part of these latest developments is that Saira never goes to see Yasmin. Although they are still living in the same village yet both these tracks have been covered in such a way that it seems like Yasmin has moved elsewhere and is not accessible. Just like all the other wonderful characters I fell in love with in the first 10 weeks of this show, Yasmin’s character too has also lost its significance completely. Although she was there for Shaheena when she needed her but Yasmin was a central character in the story therefore she should have been a part of every episode and her contribution to the story at this point was crucial. 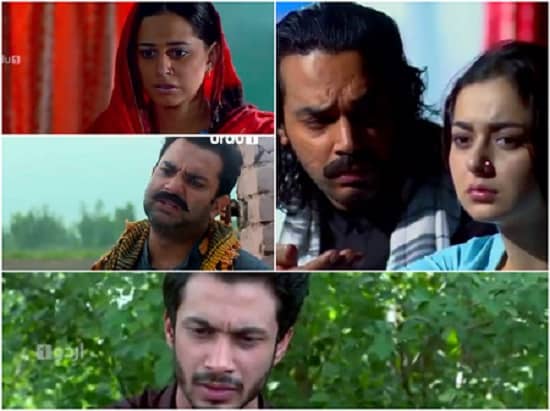 Mohammadu and Shaheena’s track also took a new turn with this episode. Just like Saira, she also wanted a mobile phone although when she asked Mohammadu to do her a favor, I thought she was going to ask him to kill Saira! Mohammadu finally managed to convince Shaheena that he really was her well wisher and it is difficult to predict where this track will go from here. No one talked about Saira’s father’s murder in this episode therefore it remains to be seen if that development will impact the story in any way or not.

The story has gone completely off track since it progressed to the next phase and the characters which were once the lifeline of this show have lost their charm. Some of the characters which were introduced as central characters have been relegated to the background for no reason. Right now, Mujhe Jeenay Du isn’t highlighting any of the issues which it was meant to highlight which is the most disappointing aspect since I had really high hopes from this play especially because it started off so brilliantly.

How many of you watched this episode? Do share your thoughts about it