This was another amazing episode of Muqabil which made me fall in love once again with Arman and Pareesa’s characters and the dynamics of their relationship. I cannot praise Zafar Mairaj enough for etching out these characters brilliantly and for penning down some of the most beautiful and emotional conversations between the leading pair. Pareesa hasn’t confessed her love for Arman just yet but when someone with Pareesa’s past learns to trust a man blindly and feels secure around him then it means that she feels something even more than love for him! Pareesa was shown showing the kind of respect for Arman which she has never shown for anyone else. She is still not ready to have a physical relationship with Arman but otherwise he is closer to her today than anyone ever was since the day she was violated. Once again every single conversation between Arman and Pareesa was spell-binding. These conversations have always been beautiful and meaningful right from the day these two met and Mohsin Abbas Haider’s acting in particular makes you fall in love with his character even more with every passing episode. He is one-of-a-kind hero, a trendsetter, in more ways than one. He emotes so well that you can’t help but feel every single thing that he is going through. 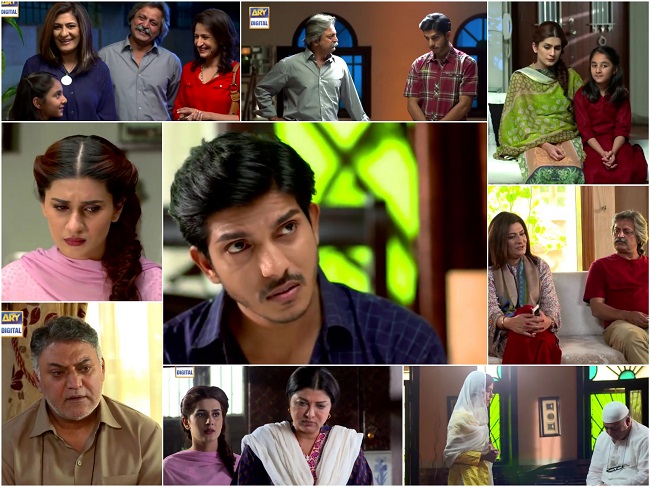 Pareesa’s character is especially appealing because of her honesty. Pareesa is complicated, she has some major issues but she does not know how to play games. She was always very honest with her parents about her feelings, she even told Zubeida that she was not the one who wanted to move out of the house, she told her mother that she was not going to exploit Arman’s love for her, she could not hold back when Arman told Nadia that he could spend time with her and most importantly she was quick to talk about her feelings after Nadia and her parents left. This aspect of Pareesa’s personality makes her strong even though she has so many insecurities and fears. I absolutely loved the argument between Arman and Pareesa after everyone left. Everything that they said made perfect sense; Arman hated that Pareesa did not trust her with Nadia and Pareesa in a very intelligent manner made him understand that she trusted him. Pareesa and Arman have made for each other written all over them, they are soul mates and I find myself rooting for them every step of the way. Kubra Khan and Mohsin Haider’s on screen chemistry makes their scenes faultless. 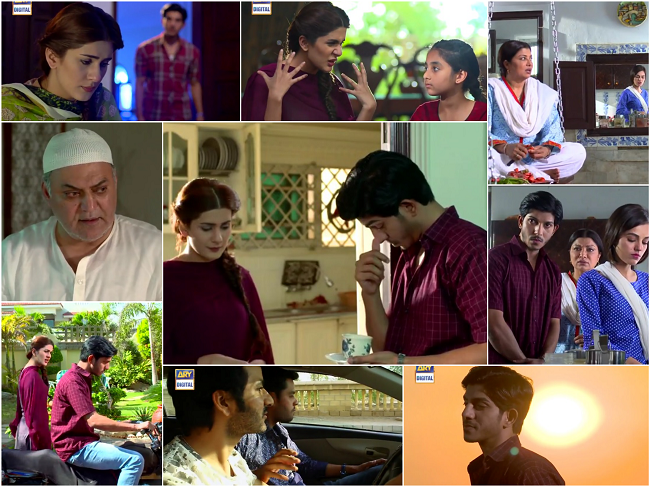 Zubeida’s scenes were actually funny today especially her conversations with Mahmood were hilarious!! The one about Arman and Pareesa sleeping in separate rooms was quite amusing. I am glad that Arman and Pareesa did not move in with Pareesa’s parents. It will be great watching them interact now without any “interruptions” or with people spying on them! Mahmood was shown relieved and happy now that Pareesa and Arman have moved out. He wants to see his son happy and he obviously thinks that he deserves to be forgiven because he has repented for his sins. I hope that the writer shows Mahmood paying for what he did although that will break Arman’s heart and right now I am certain that I am not the only one who wants to see Arman happy but it needs to be done. Kubra Khan, Mohsin Abbas Haider and Asif Raza Mir gave exceptional performances yet again in tonight’s episode. I must say that Mohsin Abbas Haider is especially gifted, I am completely in awe of his wonderful performance.

This was another beautifully written and brilliantly directed episode of Muqabil. The director Ali Hassan deserves tons of credit for paying attention to minor details and for making Muqabil one of the best dramas of this season. So far Muqabil has been picture-perfect. I highly recommend it to anyone who is not watching it already.

How many of you watched this episode? Please do share your thoughts about it.