Ohkay so, this episode of Muqaddar covered the moment that changed Raima’s life. I think from now on, as much as the story will be about Raima’s sufferings, it will also show how she will be impacting Saif ur Rehman’s life. I can totally foresee the pace getting a little slower from this episode onward where Raima will take a lot of time in coming to terms with the fact that she is now married to Saif ur Rehman, but after she will eventually accept the reality, that is when the story will definitely become a lot more interesting.

The beginning of the episode showed how Saad was ready to go to any extent to help Raima. No one so far has been able to solve the riddle that the girl who interviewed Saif ur Rehman has gone missing & not only that, her family & fiancee were threatened too. It goes to show that as much as Saad or even Farkhanda know Saif ur Rehman, this is something that is beyond their imagination that Saif ur Rehman can go to such an extent to win someone over, especially a girl who he only met once in his life.

Saif ur Rehman’s character for now seems to be pretty one-dimensional where he is so used to being in control & authority that he can not look beyond that wall where there can be emotions & feelings. For Saif ur Rehman, Raima is like a trophy that he wants to win no matter what price he is going to make her pay. Raima remained persistent that she loved Haris, but unfortunately, she couldn’t do anything. At this point, Saif ur Rehman remains the least favorite character but I am sure the writer is going to show how he is going to evolve & how Raima will transform him, which hopefully will be interesting to see. Saif ur Rehman used the final nail in the coffin to convince Raima & she caved in. It was ironic that Saif ur Rehman still chose not to see the love Raima had for Haris where only to save his life, she was accepting his proposal. 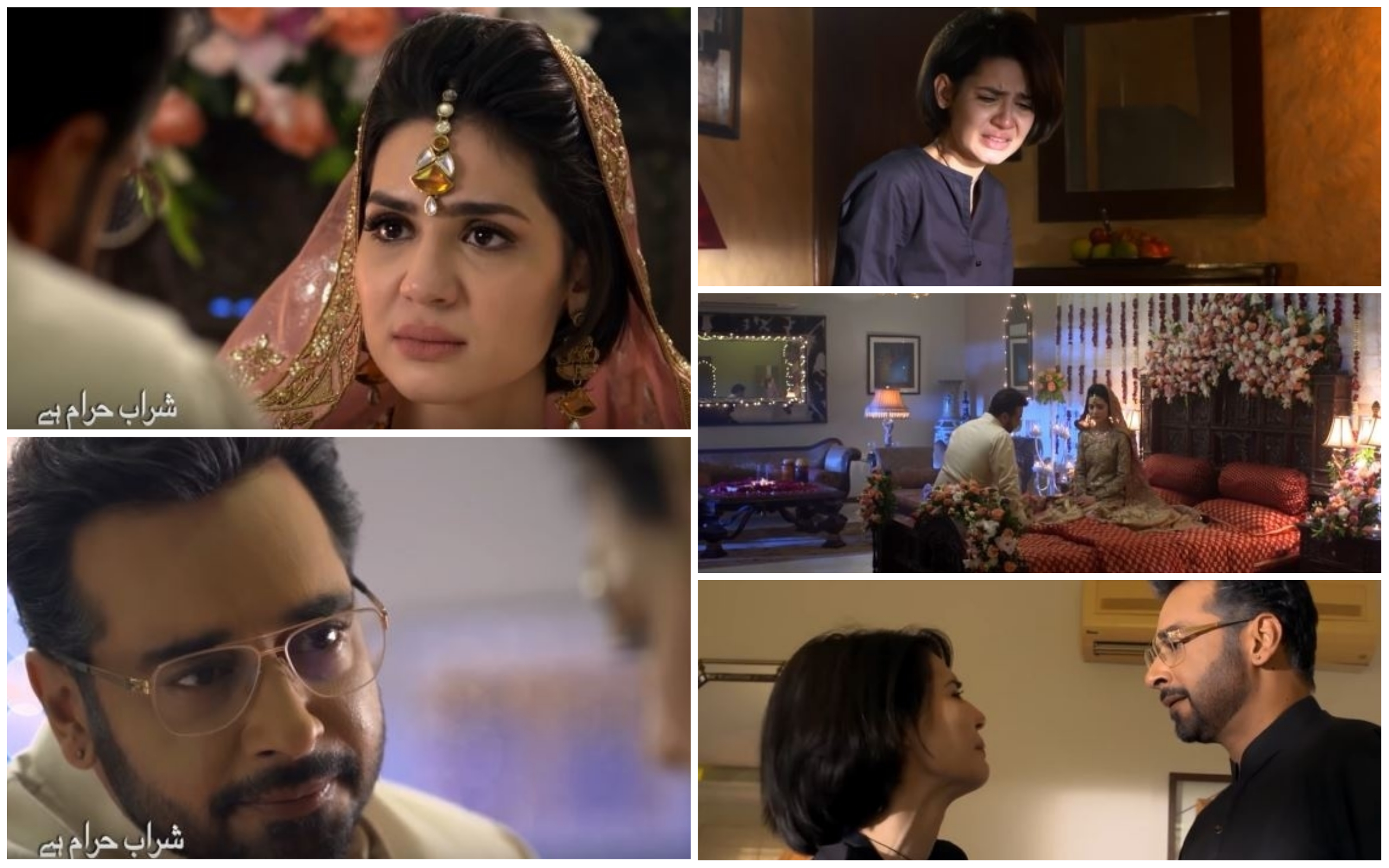 Madiha Imam has remained in her element as Raima & had made me feel for her every step of the way. Muqaddar so far is the kind of drama that hasn’t offered something new or out of the box, however the way it has been executed makes you look forward to it. The strong & powerful portrayal of emotions happens to be the strength of Muqaddar, be it from Raima or Haris & his family or even Saif ur Rehman. Abeera & Hassan’s track remains the least favorite so far & doesn’t offer much. They have been used as a filler & it is written all over them. However, the only reason I see of this track is to may be serve as an eye-opener to Saif ur Rehman because Abeera seems to be falling for the wrong guy & eventually, after Saif ur Rehman will see his daughter suffering, he will realize the pain he had caused to Raima & her family.

It is unfortunate that Raima’s uncle Arshad chose to stay aloof to the entire scenario. He thinks he has tried his best but the truth is, he did not & even now he seems to be preventing Haris from doing anything. Arshad probably knows that Saif ur Rehman is far too strong & influential to be fought with, therefore he is just trying to save his family unit because he understands that for Raima, there’s no turning back from Saif ur Rehman’s trap. 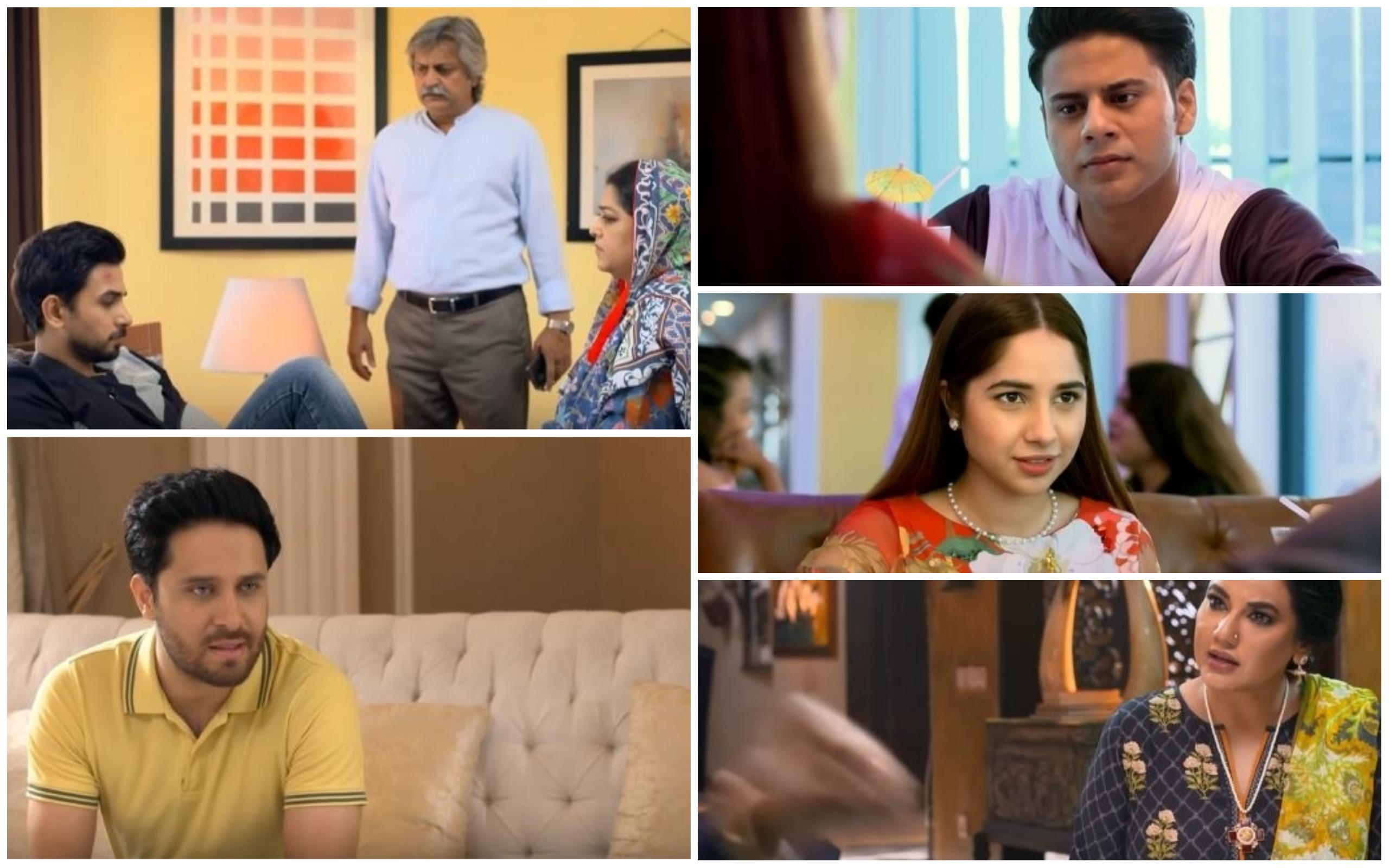 Raima & Saif ur Rehman got married & the entire time, I couldn’t help but feel for Raima. The entire ‘sharab haram hai’ was in bad taste & seemed totally unnecessary because it would’ve been realistic if they had shown Saif ur Rehman celebrating his union with being in his senses & rejoicing over it by just being happy. He obviously didn’t need alcohol to deal with the fact that he finally succeeded in making Raima his. Saif ur Rehman’s aggression is the part of his nature & personality but once again, to see him reacting to Raima’s confession of always loving Haris seemed uncalled for because what else was he expecting from a girl who has clearly stated it again & again that she doesn’t like him to begin with. What happens next remains to be seen.

This episode of Muqaddar once again had amazing acting to its credit. Madiha Imam & Faysal Qureshi are making Muqaddar worthwhile. Ali Ansari has emerged to be a very strong performer in this drama & it seems he actually gave it all to Haris’s character because so far, I haven’t seen any such drama of his where he got to perform to his full potential. All the supporting actors like Ayesha Gul, Saife Hassan & Fazila Qazi are rightfully adding & contributing towards the story & drama. I am definitely looking forward to the next episode. Please share your thoughts about this episode of Muqaddar.