This was another exciting episode of Mushk, and I am especially glad that the story continues to be convincing as well as fast-paced. While some of the primary conflicts will of course be there until the story reaches a certain point, but all the other conflicting situations are either resolved, or there is some movement in them with every passing episode. None of these scenarios has been stretched even once which makes every episode of this drama entertaining. Adam is only a fool in love, otherwise he is an intelligent man who understands people and thankfully isn’t holier-than-thou! His character has depth but even with those verbose dialogues, he hasn’t been shown as someone who is out to save the world. Guddi’s character never ceases to impress, some of her dialogues, in particular, have been written brilliantly. Urwa Hocane’s effortless performance has definitely made this character easier to understand and engaging.

Thankfully, the preview of this episode was misleading after all, and eventually, it was that girl’s greed that motivated her to ‘help’ Adam. The fact that Adam trusted her went to show that even though he is an intelligent man, sometimes he trusts people more than he should. I am certain; I am not the only one who is relieved that Roshni has been rescued. Even though what she did was selfish and foolish, Guddi played a big role in convincing her. The most interesting aspect of this entire track right now is Adam and Guddi’s communication with each other and most importantly how Guddi feels about Adam. Even though she has clearly fallen for him, she makes sure that she stays focused on her ‘goal’. Guddi and Adam’s conversation tonight was the highlight of this episode because it revealed how well Adam understood Guddi and how for once Guddi felt something for someone without wanting anything in return! This brief conversation between these two was penned down brilliantly since it reflected their opinions about and feelings for each other. Imran Ashraf’s cold expressions during this conversation showed he was completely capable of telling someone off if he did not think highly of them. 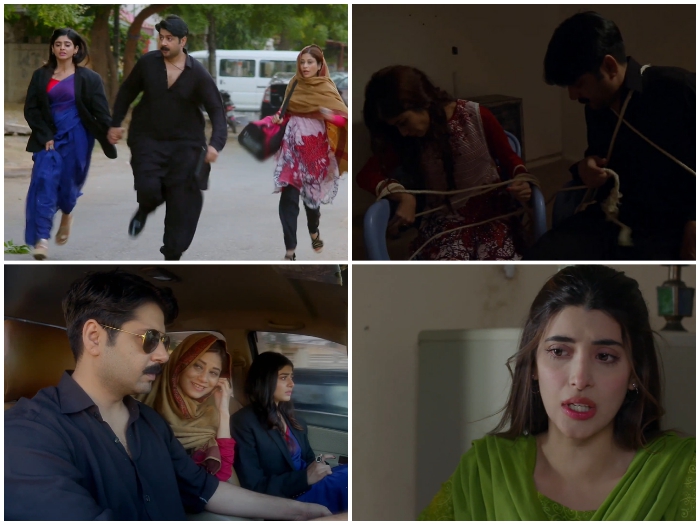 When that girl told Adam that she had stolen the jewelry and wanted to flee with it, he did not question her and was not interested in what she had planned for the future. That is why I think that although Adam is a nice guy, he is not interested in saving everyone. Even though he knows Guddi’s background, he has never shown interest in changing how she thinks or even helping her out. He is completely capable of making ‘deals’ too and does not find it difficult to ignore wrongdoings as long as the situation does not affect him or most importantly Mehak. Guddi still does not know what happened to Roshni and I was somewhat surprised that she did not call Saqib immediately after finding out that Roshni was now not with him. On the contrary, she accepted this defeat discontentedly of course, and decided to make herself feel better by taking charge of the other situation by revealing the secret she had been keeping for so long. I loved Guddi’s reaction; looking for water, in an attempt to calm down, breaking the glass, and finally breaking down. The dialogues that followed were equally interesting. The scene in which Guddi broke the news to Zulekha’s husband did not leave the kind of impact it could have due to Hassan Ahmed’s wooden expressions and acting.

Aehsun Talish’s performance continues to be outstanding! He has translated Muqaddar Khan’s character so convincingly on screen that even though he is the villain; I look forward to his scenes. Muqaddar Khan’s tone and body language has changed altogether while interacting with Shayan. He knows that Shayan is getting married to his daughter only because he does not have a choice but even then he wants him to forgive, forget, and most importantly have amicable ties with him. This character has been etched-out brilliantly and Aehsun Talish’s screen presence definitely makes it even more impactful. We finally found out tonight what was holding Muqaddar Khan back; he was waiting for his peer sahib to give his blessings and decide a day for the nikkah. Osama Tahir’s expressions were on point tonight especially when he had to show disgust and hatred but this character so far isn’t as interesting as some of the other characters. Mehak and Shayan have to be the most uninteresting characters in this drama so far. 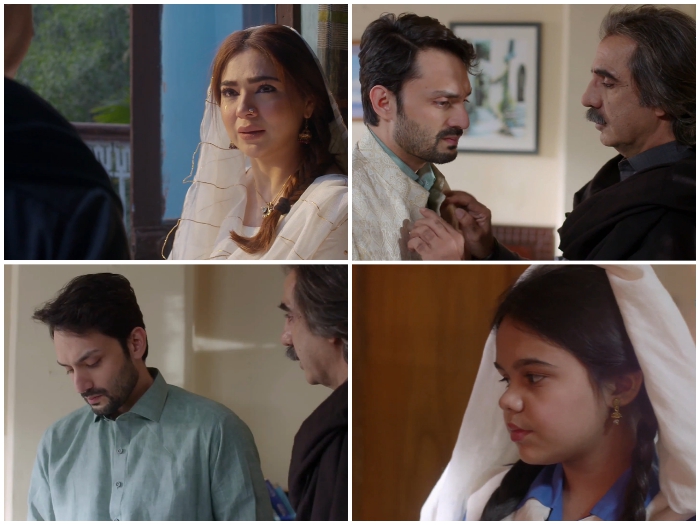 Tonight’s episode was exciting and well written. Aehsun Talish, Imran Ashraf, Raja Haider, and Urwa Hocane’s performances continue to impress. Like every other week, there is so much to look forward to. I am waiting for Guddi to find out what actually happened with Roshni, her reaction might reveal another side of her character to the viewers. What will Zulekha’s husband do once he actually is back on his feet? What does the future hold for Roshni? I am waiting to find out the answers to all these questions and I am sure there is so much more in store for the viewers.