Pakistan sent aid to the Azerbaijan’s territories freed from Armenia

Pakistan’s C-130 plane arrives in Baku with relief supplies for Azerbaijan after independence from Armenia.

The relief goods were received at Heydar Aliyev Airport by Pakistan’s Ambassador Bilal Hai and the Military team and handed over to Colonel Rustam Gozalu, a representative of the Azerbaijani Ministry of Defense.

According to the Azeri media, the relief supplies sent by the Pakistani government include basic necessities for the civilians living in the affected areas and the Azeri soldiers present there, including large tents, beds and food items. 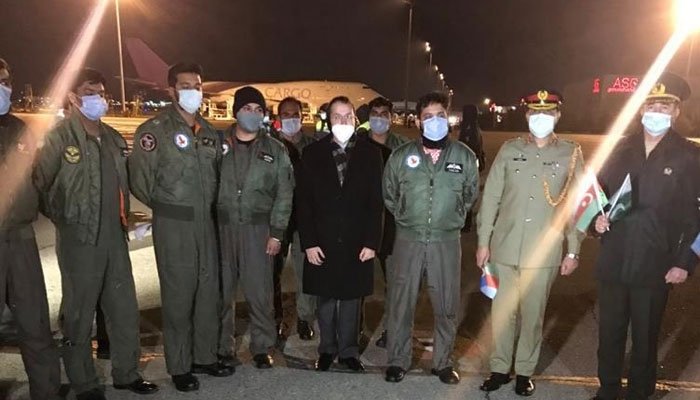 On the occasion, Pakistani Ambassador Bilal Hai said that the assistance sent by the Government of Pakistan was a clear example of close and fraternal relations between the two countries.

“The government and the Pakistani people have always supported Azerbaijan and we are ready to restore life in the freed areas,” he added.