Two girls fell from a hotel room in Lohi Bhair area in Islamabad, killing one girl and seriously injuring another.

Police said that two boys tried to flee from the hotel room, a boy was also injured in the firing of the security guard, both the girls are real sisters and residents of Gujrat, further legal action is being taken in this regard.

Two girls have fallen on the floor from a  hotel  room in Lohi Bhair area of ​​the police station. According to a police spokesman, the incident took place in a hotel room in a private housing society. Police was informed in the morning that two girls had fallen down from the room.

According to the police spokesperson, one girl was killed on the spot while the other was injured. The two girls are real sisters and residents of Gujrat. Two boys in a hotel room tried to escape. police arrested the two boys, identified as Abdullah and Abdul Rehman.

According to police, the body of the deceased girl has been sent for autopsy and further legal action is being taken. 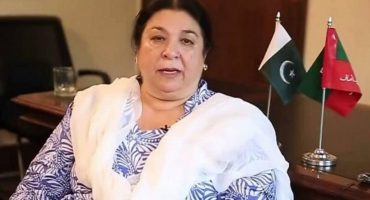