Parizaad continues to be an entertaining drama that keeps on taking the most unimaginable twists and turns! Or at least the writer has more than once shown scenarios that break the monotony and keep the viewers on the edge! Right from the beginning, there have been quite a few instances when I found myself questioning Parizaad’s intentions and future plans. So far, Parizaad’s humane and sensitive side definitely takes over whenever certain situations suggest that he might do something extreme to fulfill his heart’s desire. Ahmed Ali Akbar yet again performed exceptionally well in this latest episode especially when Sharjeel shared his ‘secret’ with him and when he was on the call with Annie. The director also deserves credit for making sure that every single gesture and expression got noticed by the viewers which added nuances and intensity to the scenes.

These last few episodes have been focusing more on Parizaad’s desire to be loved. The most amusing element of this episode had to be Parizaad resorting to cosmetic procedures in order to improve his looks before Annie gets her eyesight back. It was amusing because of so many social media users actually gave such suggestions to Parizaad when he attained all the wealth! This was also another meaningful development in the story since it showed that his insecurities about his looks were just as strong as ever. Parizaad was shown paying heed to Nasaaz’s advice just like he used to do before. Some of the advice he gave reflected his realistic approach towards life. He was the one who had once asked Parizaad to marry Bubbly so that he could get the money he needed to help Saeeda. And now he told him to think about himself for a change. He definitely voiced the viewers’ opinion when he asked Parizaad to go the extra mile to make his own dreams come true. He was also the one who gave Parizaad the suggestion to improve his looks. Although Nasaaz is a poet who did not let commercialism define his craft, he definitely has a worldly approach to a lot of things. 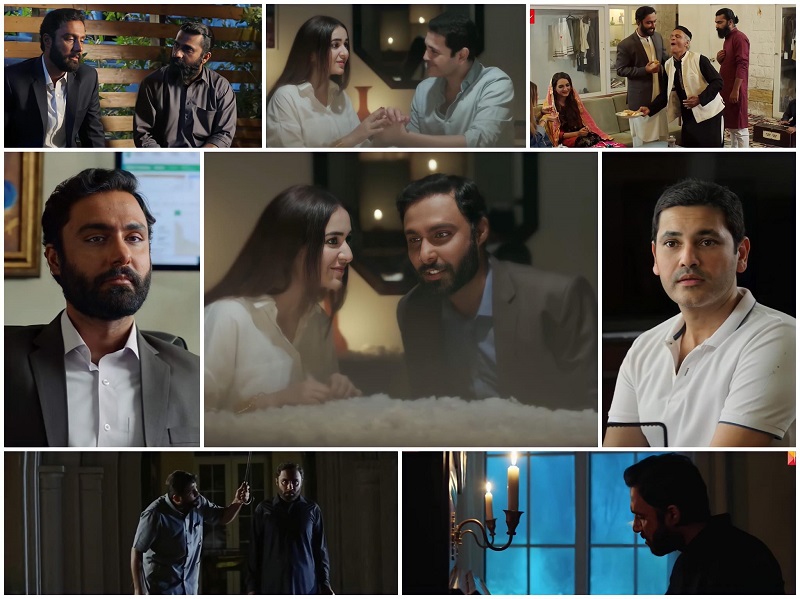 Sharjeel’s confession scene was actually cute. Fahad Mirza is well suited for the role he is playing. Sharjeel is just as impressed by Parizaad’s personality as Annie and he is convinced that Parizaad sir can do no wrong! He comes across as a genuinely simple and nice person, the kind of character you like instantly. When he shared his true feelings for Annie, even though Parizaad was shattered inside, he hid his actual feelings and reaction brilliantly. History was repeating itself yet again with Parizaad’s worst fears coming true! I must say that I did not see this coming at all, I was expecting something entirely different. Although Parizaad expected this to happen, he found it as difficult to accept it as he did the first time he fell in love. It is interesting that even though Parizaad is convinced that he does not deserve to be loved, he is subconsciously waiting and consciously preparing to be loved!

The most shocking development in this episode was Parizaad’s latest plan to get Sharjeel out of the way! This was outrageous and completely unexpected! Surely, Parizaad is not so heartless therefore I am eagerly waiting to find out where this track is headed. The scene in which Parizaad played the piano and cried over what he believed was the ‘unattainable’ was my favorite in this episode especially because there was a time when all he wanted was a piano and now when he had it, he was still not content! This was a beautifully put-together and meaningful scene.

Once again the writer introduced a twist in the story that was hard to digest but it was also the reason why most of us will be looking forward to the upcoming episode. I am pretty sure by now that this latest development will also unravel in the most unexpected manner. It was interesting how Parizaad’s stance changed by the end of this episode. In the beginning, he was not willing to do anything extreme and was highly sensitive but by the end of this episode, he was desperately resorting to extreme measures to get Sharjeel out of the way. When Parizaad took over Behroze’s empire, I was wondering if all this money could buy him happiness or even the kind of acceptance he has craved all his life – the answer so far is definitely in the negative. Nasaaz got his happy ending in this episode, will Parizaad get his?