This was another unpredictable and emotional episode of Parizaad. Parizaad made a difficult decision, redefined his priorities in life and the viewers learned the truth about Lubna which definitely came as a complete shock! This drama has so many strengths from a script that never ceases to impress and entertain to the perfect execution; Parizaad is definitely the best Pakistani drama on air at the moment. Ahmed Ali Akbar’s performance has left me in awe of his talent; he is an exceptional actor who is redefining the term ‘hero’ just like Imran Ashraf did when he played Bhola’s role in Ranjha Ranjha Kardi. The entire story essentially revolves around Parizaad therefore Ahmed Ali’s performance has definitely made a huge difference. Hashim Nadeem’s beautiful and meaningful script is getting even more interesting with every passing episode. His leading man is the highlight of every single episode; he has written this character with the kind of precision which is unprecedented.

Lubna turned out to be yet another person in Parizaad’s life who left a lasting impression on him both directly and indirectly. Every person Parizaad meets teaches him something or the other. All these characters are introduced in such a way that you feel as if they will be there to stay for a while. However, they literally come and go but the impact they leave on us as viewers and on Parizaad’s life stays there. The truth about Lubna’s background and identity was nothing short of a shock! I must say that Mashal Khan performed really well and so did Natasha Hussain. Unlike Yeh Dil Hei Mera, she fit perfectly in the role she was playing and her short appearance changed the course of Parizaad’s life altogether. Lubna valued Parizaad and saw the beauty in him but her mother had a completely different philosophy! Somehow what she said left such an impact that Parizaad decided to quit college – I did not see that coming at all! I was expecting Parizaad to make it big someday using his intellect and natural knack for poetry but the writer has something different in store for us! 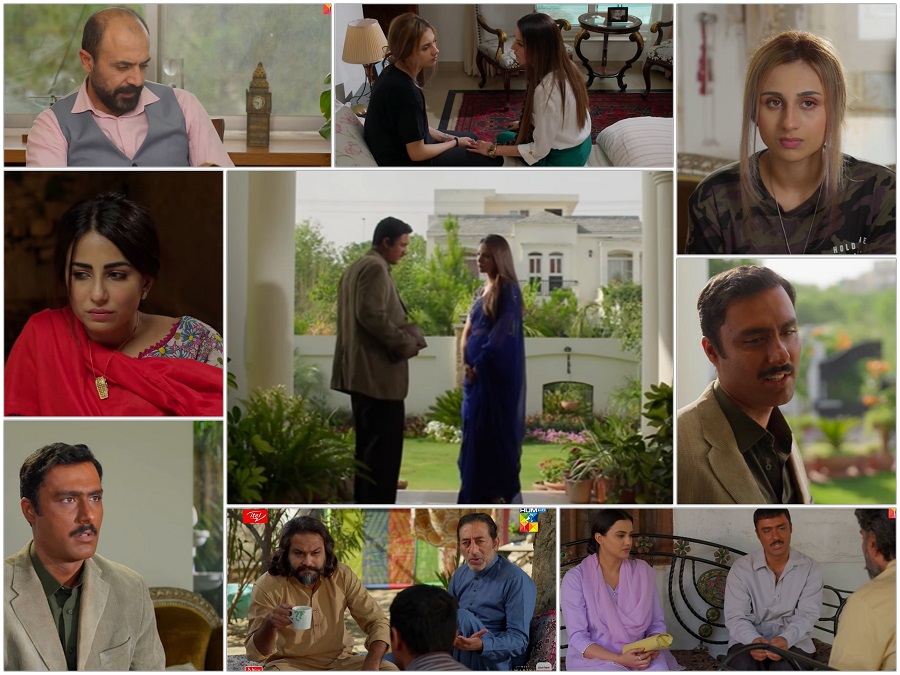 Lubna’s mother’s words perhaps resonated with Parizaad more because of all his experiences in life so far. I must say that whatever she said was, unfortunately, a sad reality of our society which is dominated by people who have money and are influential. Perhaps learning the truth about Lubna was also partially the reason why Parizaad took such a big step. He knew that Lubna did not like Noman at all yet she was going to be with him because he had the financial resources! It was sad watching someone such as her going through all this, just like Bubbly and Nasaaz, Lubna will also be missed! Had Lubna not invited Parizaad to that party, he wouldn’t have been given that offer by Noman.

Parizaad decided to sell all his dreams tonight for two completely different reasons. He decided to quit studies in order to take the first step towards making money which he was now sure was more important than working on his education. He also sold his poetry book to help his sister because even with all her dedication to her husband, she couldn’t be happy if she did not provide him with all the money he needed. Parizaad has always been an upright and honest individual. When he went to sell his poetry he did not ask for more money than he needed which basically went to show that he made sure that he didn’t keep any money from this deal for himself even though he could have kept some money for himself as well to start a small business. Watching relationships fall apart because of financial issues; Parizaad is more convinced than ever that whatever Lubna’s mother said was true. The poet with a heart of gold is now on a new mission that might not go well with his personality but we all know that he is capable of excelling in anything he sets his mind to.

When Parizaad told Saeeda where he got the money from, he was not proud of himself but he was simply doing what needed to be done. His dialogues also reflected slight bitterness. Naheed is back in the picture and she was just as disappointed and surprised to hear about Parizaad’s latest decision as everyone else.

With this episode, Parizaad’s story took a completely different turn that was totally unexpected. Everything that happened showed how a person is molded by his experiences and sometimes people end up doing things that are actually contrary to everything they have ever believed in. Even now, it is impossible to tell what will happen next which makes this drama different from all the others. Lubna’s character is out of the picture for now. Her track also reinforced the basic premises of the storyline – don’t judge a book by its cover! It is interesting how most people Parizaad comes across reinforce this idea which is indeed so true. I am waiting to see what Naheed has to say to Parizaad in the upcoming episode. Parizaad’s meeting with Lubna and her mother was definitely the highlight of this episode. The script, performances, and execution continue to be exceptional every single week which makes Parizaad a must-watch.