Hamei kya bura tha mrna agr aik baar hota! This was Laila’s state of mind when she walked towards her house. Every time she goes home to Mansoor she feels dead because no matter how hard she tries to strengthen her bond with Mansoor she knows that there is no real connection between them. She also knows that things between them can only change if there is a genuine effort from both sides. On the contrary she feels more alive when she is with Saadi and she misses him when he is not around. At this point Saadi may not be anything more than a friend from the past who brings with him beautiful memories or someone who gives Laila the kind of attention which every woman her age wants. Laila’s marital life has been a nightmare come true right from day one. Mansoor has never been the kind of husband Laila deserved, the poor girl has not seen one happy day in her life. Just like I predicted Kukoo gave the present Mansoor brought for her to Laila and at the perfect time too. Laila needed to know that Mansoor was not worth giving a second chance. Kukoo getting the locks changed was the perfect start to the episode which went to show that Kukoo isn’t having a change of heart anytime soon. 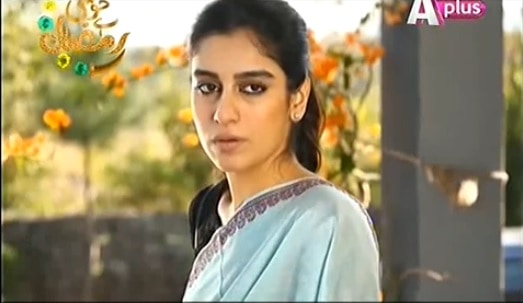 The dialogue about Mazloom mard who has an annoying wife but he is compromising because of his children was so very true! Most of the men have this exact explanation for having extra marital affairs. They are convinced that they deserved better therefore they go out looking for someone who they truly deserve to be with – someone they can have an affair with but not get married to because they have to stay married to their children’s mother! Most of these mazloom mard are like Mansoor, only their wives truly know who is at fault. They never put in the effort which is needed to make a marriage work but are never willing to take the blame when things fall apart. 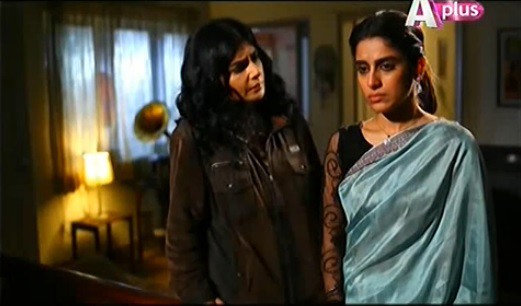 Laila takes Kukoo’s advice and she decides to give herself a second chance. I thoroughly enjoyed Mansoor’s helplessness and Laila’s damn care attitude when she walked out of the door. She did not think that she owed Mansoor an explanation and she needed a break from her married life, I just wish that this break did not involve another man! I strongly believe that what goes around comes around but I also believe that two wrongs do not make a right! If Laila wants to end her relationship with Mansoor, she should go ahead and do that. Laila is of course still confused, she still thinks about the early days of her marriage and forgets that she has a dinner date with Saadi. She is trying very hard to be strong but her marriage has been a very painful experience for her which is not going to be easy to forget. Mansoor broke Laila’s trust over and over again but even then ending this marriage isn’t as easy as it would seem.

Laila for the first time does not sugar coat things when her mother asks her why she didn’t go out for dinner with Mansoor but she still does not have the courage to tell her mother that she is tired of making her relationship with Mansoor work. The reason for that could be that she knows only too well that her mother will never understand. The dialogue about Naani getting the responsibility to take care of her grandchild was so true and Laila’s response was spot on too. 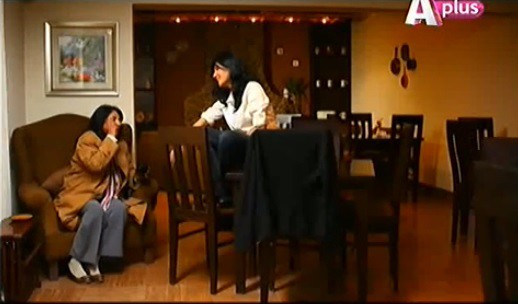 Khurram’s heart attack was actually a good news and I was hoping that he would finally be out of Kukoo’s life now but we see Kukoo baby-sitting Khurram in the next episode – so not looking forward to that! I love the bond that Kukoo, Laila and Mrs. Khan share; they laugh and they cry together and most of all they are always there for each other. We have hardly seen girl friends having this kind of a relationship in any other Pakistani play, it is definitely very refreshing.

The whole conversation about mard ki izzat and aurat ki izzat was music to my ears. Women are always expected to uphold a man’s honor but there is no such responsibility on the shoulders of men.

This episode was picture perfect in every way, just what the doctor ordered! I still can’t seem to like Saadi though. His “words of wisdom” are annoying because those dialogues just don’t sound right coming from someone like him. Overall, this episode was great. I thoroughly enjoyed all the conversation today; they were deep, meaningful and engaging. A big thanks to Bee Gul in particular for a very though provoking script. Really looking forward to the next installment.