I love how every episode of Pehli Si Mohabbat has a valid argument against the age-old customs and the writer convincingly questions different norms. Faiza Iftikhar has given us many memorable female characters before as well and this time around Zainab and Nargis are two such characters. The main lead Rakhshi is a rather typical character but she has never been one of those annoying female characters who have nothing but bechargi to offer. Zainab and Nargis however stand out for completely different reasons. Their tracks have been used convincingly to question stereotypes and most importantly to question the kind of expectations families have from women. Aslam is as flawed as many of the heroes penned down by a writer who is not afraid to tell the story of such people. There were so many heart-warming moments tonight and this episode also had many of those discussions which would definitely give parents so much to reflect upon. Niggi’s track yet again provided some comic relief since the way it was handled and played out was amusing. Rakhshi finally accepted Nargis as her mother and Aslam decided to take practical measures without thinking about the consequences. It seems as if this story is also headed in the same direction as Zainab’s story.

I am going to be really honest and say that Zainab’s conversations with her mother stood out for me more than any other in this episode. In fact, all her dialogues and conversations have been penned down beautifully throughout. She tends to point out things that are seldom pointed out in our dramas with such honesty. Uzma Hassan has been outstanding in this role since you feel everything her character is going through at a given moment. Her reaction and dialogues when her mother showered her with love after finding out that her husband had hurt her physically were precious. Her mother is a ‘caring’ person who will not allow anyone to ‘hurt’ her daughter yet she did not even try to stop her son from forcing Zainab to live a life she did not want to live. This track has done such an amazing job of highlighting how troublesome such arranged marriages can be. It also shows that parents should understand that their children’s feelings matter since most often parents think their only role is to ‘protect’ their children and sometimes they take on this role so seriously that they end up making such decisions. Even in this day and age so many women are forced to marry against their will and they are expected to do so since they ‘owe’ it to their family, Pehli Si Mohabbat is highlighting just how problematic this trend is. 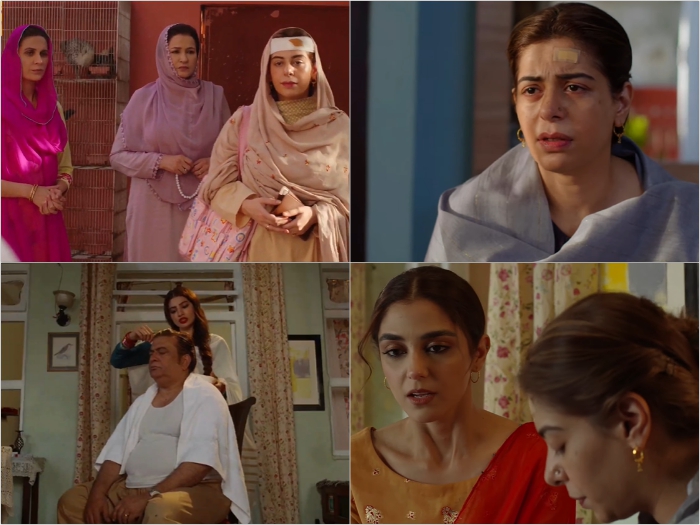 Even after everything Zainab has said to her mother, she still instantly refused to get Aslam married to Rakhshi. Once again the reason was that these two were already romantically involved! Besides that, pleasing family members at the expense of children’s happiness is considered something perfectly normal by many! Nargis’ conversation with Faiz Ullah about consent was another such exchange that showed how ‘casually’ the girl’s consent is taken in such a situation. All these tracks point out the hypocrisy of a society which proudly boasts of a strong family system yet the feelings of the youngsters in a household are given absolutely no importance. There is a hierarchy in every house and like Faiz Ullah pointed out it is considered ‘inappropriate’ for the older brother or father to ask for the girl’s consent. I am glad we have characters such as Zainab and Nargis to educate those around them.

Niggi’s blackmail which had been going on for two weeks ended with some intense and amusing scenes. Nargis is a strong woman who knows how to handle such situations and I must say that this scene was shot so well. Rabia Butt and the actress playing Niggi’s role did exceptionally well in this scene. Maya Ali was equally convincing as the scared young girl who did not know how to handle this situation. The way Niggi backed out was hilarious! Aslam also decided to put his foot down this time around and he came up with a plan of his own to counter Niggi’s ongoing blackmail. This scene was amusing and Shehryar Munawar acted so well in it. Rakhshi finally trusts Nargis and now she has someone to confide in. We saw a step-mother taking a stand for her step-daughter and not judging her – that was parenting done right! This was such a powerful and emotional scene. 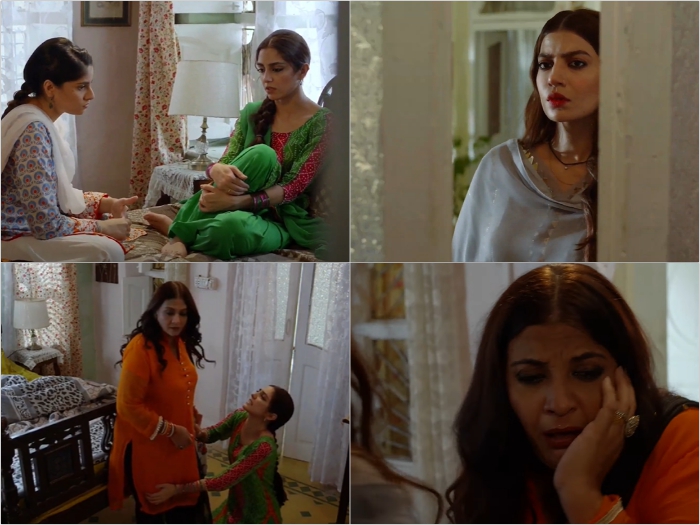 Aslam decided to break the engagement tonight, a step that will get him into a lot of trouble yet he knows that he doesn’t have a lot of time now therefore he needed to do something quickly. I felt for poor Bushra since as Zainab pointed out she was completely innocent. Aslam was as ‘polite’ and honest as he could be but obviously his mamoo and family are not going to ‘understand’ the situation. The preview of the next episode showed that this time around Aslam’s mother will not repeat the mistake she made last time.

Tonight’s episode of Pehli Si Mohabbat was yet another meaningful episode with a little bit of everything. This was the kind of episode that makes you laugh and cry at the same time! The preview of the next episode was really exciting; I can’t wait to watch what happens next.