Oh wow!!! I must say I am totally impressed with the script that Amna Mufti has come up with. It has everything ranging from emotions to drama to romance & most importantly the element of curiosity that remains just when the episode ends. I must say the director Ehtashamuddin has done a commendable job in directing such a powerful story because it actually needed this sort of direction to bring every character & every situation to life. Even though things are so dramatic in Preet Na Kariyo Koi, they still seem very real & convincing. I must say, I am grateful to the entire team of Preet Na Kariyo Koi for bringing such a powerful drama up for us. :)

Ilyas finally let the cat out of the bag in front of Fiaz & told him all the tiny little details he gathered about Shams. Fiaz obviously didn’t react much as he knew that nothing could be done but the only thing that gave him a little hope was the possibility of Khula that was mentioned by Ilyas. Fiaz actually underestimated Goshi’s stubbornness as he really thought that his child was oblivious of all the lies that Shams fabricated but his grounds were shaken when Goshi herself shamelessly admitted that she was well aware of everything. It actually broke my heart to see Fiaz suffering so much at the hands of Goshi & I fail to give it to her this time saying she acted immaturely. Goshi was only being selfish for the sake of her own gain & that is why, she didn’t even think twice before uttering such harsh words to her father who loved her more than she could ever imagine. As much as I felt sorry for Fiaz, I did feel sorry for Goshi too because she had no idea what she was going to lose. Goshi didn’t have a mother & the only parent she had, who would pray for her & worry for her was being sacrificed just like that because Goshi thought she was in love & her love needed her utmost attention. 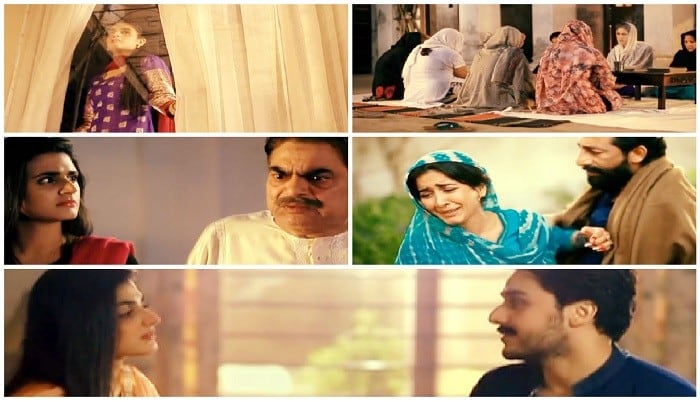 The moment Goshi stepped out of her father’s home, I knew things would never be right for her & she actually was taking steps towards a life that she has never imagined. I actually thought it was wise of Saima’s mother to send Goshi away because she had already sensed that Goshi hasn’t married the right man & his background was a bit shady. It usually happens that when mothers come across such friends of their daughters who are involved in questionable situations, they make sure to draw a distance because they want to protect their daughters. Obviously, Saima didn’t understand the gravity of the situation that is why she wanted to help Goshi but her mother just exactly knew what she & her daughter would get into if they would agree to help Goshi by mistake.

The last resort for Goshi was contacting Suleri Sahab & just like that, he made things right for her. Even though Goshi herself sussed that everything that Suleri was doing for her & Shams was only because he must be having an ulterior motive, she chose to ignore it because she didn’t bother seeing the bigger picture & got satisfied with her short-lived happiness. Actually, I thought that it was only Shams who was under Suleri’s control but the way Mushtaq & his wife reacted when Suleri showed up at their doorstep went to show that he has a control over each & every member of Shams’s family. I think Suleri already has started playing games with the newly weds because just when Goshi asked him about Shams, he blatantly lied & said he had no idea where he was, whereas it was Suleri himself who told Shams to vanish into thin air. I think Suleri is quite far-sighted & that is why he told Shams to leave Goshi behind so that when she comes to seek help from him, he can save the day & be a hero in front of her & also to extend a favor to her so that when the time’s right, he can ask for a favor in return as well.

Honestly, I never knew that Shams would turn out to be such a puppet. Just because Suleri ordered him to settle down with Goshi, he chose to do that without questioning any further & he completely ignored Zareena. Shams himself isn’t being honest with Goshi, he might on her face that he fell for her but in real, she is just a responsibility imposed on him by Suleri that he is taking care of. I actually felt bad for Zareena because she really is in a difficult situation & she has no one who’d look after her. I think Suleri himself doesn’t see any potential in her that is why he didn’t bother telling Shams to take care of her as well. Also, it was heart breaking to see that when Suleri showed up, Zareena’s own sister started telling her off that Shams never belonged to her & also how she shouldn’t have high hopes in his regard, it showed that by the end of the day, it’s Suleri who runs things in their house! 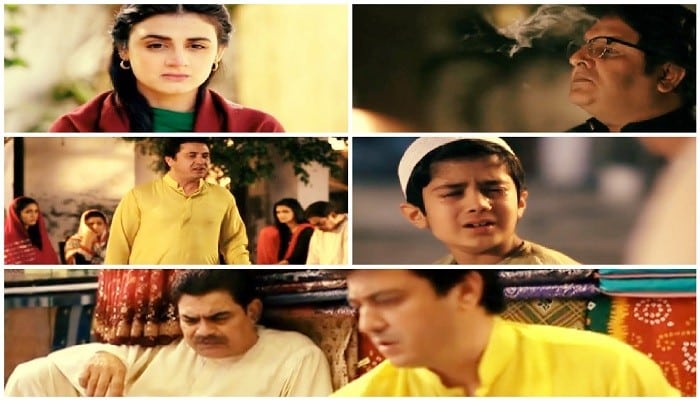 It was actually heart breaking to see such a beautiful character of Fiaz meeting an end so soon. He died in a miserable state because he was so heart broken & almost lost that drive to live because he was hurt by Goshi. It was like Fiaz didn’t want to live because he knew he won’t be able to see Goshi facing any hardships in her life. Even though both Shams & Goshi share a very strong chemistry & the both were happy with each other, the way Goshi reached to that point didn’t allow me to enjoy her happiness. She was just being selfish & never once thought about her family. Goshi actually started living in a fool’s paradise when she saw things went her way so smoothly & that is why she didn’t even consider Zareena’s position for once & threw her out. Goshi always belittled Ilyas just because in her opinion he was a shopkeeper but why does she always forget that her father was a shopkeeper too & he earned a living for her through such simple means too. For her Ilyas was unacceptable but why didn’t she ever think that her father was the same too. Honestly speaking, I am interested to see how her bubble of self-proclaimed happiness will burst & how she will face the realities because then only she will understand that Ilyas was way better than Shams. It is interesting that Mushtaq has waged a war against his brother & I am sure it won’t end soon or at a good note & for that, I am looking forward to the next episode so eagerly.

As the preview suggested, things are totally going to turn upside down for Goshi & this time around, I am sure Suleri won’t help her too, even though I feel bad for her but after what she did to her family & especially her father, I think it’s just a karma’s way of getting back at her & soon enough just like Ilyas said, she will regret every decision that she has made so far. I so want to see how long will she be able to hold onto the ‘love’ that she thinks she feels for Shams after her life will become hard on her. I must say, I am totally impressed with the direction & also the acting. I think both Ahsan Khan & Hira have been commendable so far & they both have done justice to the characters of Shams & Goshi. Hira is emerging as a very strong actor & I somehow love her screen-presence, with or without heavy makeup, she is looking quite beautiful throughout the drama. It is too bad that we won’t get to see Irfan Khoosat anymore in this drama but despite it being a short performance by him, it was power-packed & stirred emotions every single time. I loved seeing him in Preet Na Kariyo Koi & now when the head of the family is gone, I do wish we do get to see Ilyas’s family every now & then. I must say all the supporting actors are doing a commendable job too & they are equally contributing in making this drama a complete package because each & everyone has a strong & unique role to play which is a rarity. Also, I think Rehan Sheikh has fitted the role perfectly & he is making Suleri look more intriguing & powerful! Full marks to the writer, the director, the actors & the whole creative team behind Preet Na Kariyo Koi, it for sure is a phenomenal drama. :) Please share your thoughts about tonight’s episode. :)