Ohkay so, another week & another brilliant episode. I am so glad with the pace that they have opted for because the subject that they are dealing with needs this much coverage to make things work. I find it interesting that they are taking a good time in showing Shagufta’s struggles & growth because if they had missed any of the event from her life, things wouldn’t have made much sense & would’ve looked choppy.

Probably, this is going to be the last episode before they take a giant leap & show us how things will change once Shams will come out of the prison, that is why they kept the focus on all the hardships & obstacles that Shagufta is enduring. It was a golden chance for Shagufta to stand by her stand because she was just in the initial stages of her political career but Suleri didn’t let that happen. Shagufta herself didn’t realize when she started letting Suleri control her like his stooge. I loved the conversation Yazdani had with Shagufta where, like a genuine well-wisher, he indirectly warned her about Suleri & his intentions. As Yazdani rightly pointed out, Suleri was at the end of his political career but he hit a jackpot in the form of Shagufta Shehzadi. Yazdani perfectly understands how important Shagufta is for Suleri because as he mentioned, like a true politician, Suleri was using Shagufta as a front-man to portray to the people that his political party believes in woman empowerment & is a true depiction of progress. We usually do see how the politicians use females to represent their parties to earn a soft spot immediately through them & also to connect well with their followers because the moment a woman shows up at any such event, people start considering her an ideal figure who deals with so much pressures just for the well-being of her followers. I really like how subtly they have touched the mentality of the politicians & Suleri is a perfectly sketched character in that matter. 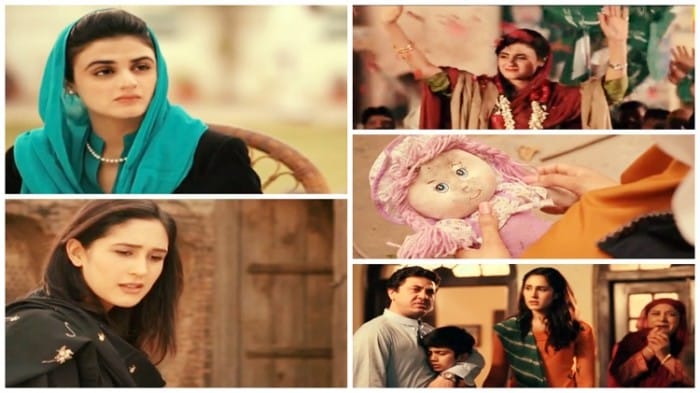 Ilyas was disappointed at the decisions Shagufta has made & he met her to request her to choose another area to contest from, in the elections. I really liked how they showed that Shagufta has now started to realize & understand the importance of her estranged family. She always took her family for granted when she was with them but all of a sudden when they walked out of her life, it did take a toll on her emotionally & that is why the conversation she had with her maid went to show that she misses their presence in her life. Just because Shagufta has matured enough to understand the value of her family, she understood Ilyas’s point of view & shared it with Suleri. Shagufta knows deep down that she has done a lot of emotional damage to her family, that is why she didn’t want to cause more distress to them but Suleri didn’t let that happen. It was a perfect time for Shagufta to understand that Suleri is only using her as a puppet because nothing that she will say would make him change his mind. Suleri made his point very clear to Shagufta that she is not in a position to choose things for herself & no matter what happens, she has to abide by the decisions he makes. I thought may be this incident would force Shagufta to understand the things Yazdani said to her but she chose to stay quiet as her hands are tied too as she believes that the only person who can help her & Shams is Suleri.

I find it commendable that not even for a second Shagufta has held Shams responsible for all the hardships she is facing. No matter how much she has gained in her life, she has never let that get to her head & make a point in front of Shams that she has attained a lot of success in his comparison. I like this quality of Shagufta that whenever she speaks to Shams, she speaks with the same love & affection that she had when she got married to him. She speaks to him like a wife who loves her husband a lot, is still emotionally dependent on him & irrespective of what has transpired between them, she will continue to love him unconditionally. At least, Shagufta has stayed true to her feelings & that is why she is doing everything to help her husband but Shams is just being himself. He was indifferent to her in the beginning & got married to her on Suleri’s orders without giving much thought to his decision & now once again, the moment she shows up, he never asks her if she is doing well or how hard things have been on her. Shams is only concerned with the success Shagufta has touched because that still is like a dream for him!

Bhola got a lot of coverage & he has become a center of attention in his family. Ilyas feels bound to do everything to make Bhola feel comfortable because he knows how his Chacha treated him when his own father died. Sadly, the relationship both Ilyas & Mariam share hasn’t bloomed into love. They are just married & the thought that crossed Mariam’s mind told the story of how both Mariam & Ilyas haven’t reached that level of emotion that a husband & wife who love each other are at. Ilyas may not show it but he is deeply affected by how Goshi ditched him & held him responsible for the things he wasn’t guilty of. For Mariam’s sake, I so hope they show that Ilyas at least acknowledges the fact that Mariam is the perfect partner & was the right choice for him in comparison to Goshi! 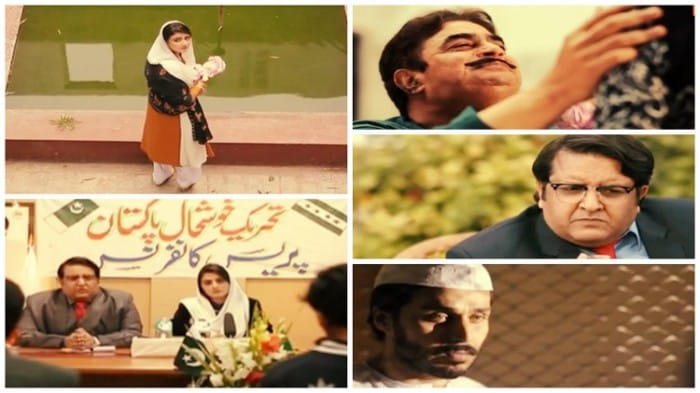 It was sad to see how Shams once again questioned & doubted Goshi for falling short of her responsibilities. A person at that stage shouldn’t do that but then again, all these things will take a toll on a man like Shams who only dreamt of having a political career but hasn’t been able to materialize his dream. He has gotten weaker emotionally & somehow the seed of envy has also been planted because he is seeing how his wife is progressing, someone who never wanted to be in the politics to begin with.

Goshi has started to get over burdened with the baggage that’s coming with the territory. She was already emotionally hurt with the way Bhola treated her but Suleri thought it was the best idea to sensationalize it to gain sympathy. Suleri is just a typical politician for whom, each & everything that happens is meant to be used in order to attain benefits from, but all this is new for Shagufta & that is why even after the reporters questioned her about her brother, she never uttered a single word against him & in fact thought of getting back in contact with him to make him understand what she is going through.

Overall this episode was very interesting & the preview makes it look even more promising because they will take a leap of time & will show us how Shams will change the dynamics of Suleri’s political party & Shagufta’s life. I am so glad that after so many episodes have passed by, this drama still is interesting & makes us look forward to what more they have in store for us. I must say, Hira looked absolutely beautiful & graceful in this episode too & Rehan Sheikh has done complete justice to the role that has been assigned to him. His acting is top-notch & he has added a life to Suleri’s character. The direction was spot on too & so were the dialogues. Can’t wait to see the next episode already. Please share your thoughts about this interesting episode of Preet Na Kariyo Koi! :)