Ohkay so, it was yet another interesting episode of Preet Na Kariyo Koi. Honestly speaking, dramas like Diyar-e-Dil & Preet Na Kariyo Koi restore my faith in our drama industry because such dramas let us know that there are still such people in this industry who work for the sake of quality entertainment without making ratings their main objective. I feel more directors, writers & producers need to follow the examples that dramas like these have set because it is a done deal that if a story would be great, the ratings would follow & there won’t be any need left to sensationalize stuff for the sake of TRPs.

So, 15 years have passed & a lot has changed. Shagufta kept on following Suleri & Shams’s orders just because she wanted to set her husband free from the jail. In the meanwhile, she kept on taking such steps that have now turned her into one of the most influential politicians of the present time. It was so obvious that Shagufta never put her heart & soul into politics because just when the celebrations would be over, she would long to go back to her daughter, she would long to go back to her small world where she was just a mother & a wife with a hope who was waiting for her husband. All the name that Shagufta has earned is only due to the strategies Suleri adapted to strengthen his political party & to refine his party’s image too, because when it comes to Shagufta, she never was into it wholeheartedly & never brainstormed about anyways!

Shams came out & I loved the way they showcased his feelings & emotions. Right from the moment he stepped out of the prison, he was forced to wake up & smell the coffee, because he was now a nobody in the game of politics & was just being cheered upon because he was Shagufta’s husband. That was the very first shock that came to him & somehow it was a beginning of the reality that Shams will now have to face because he has spent a lot of years in a bubble & in a state of denial that he still means something to Suleri. I must say, the director deserves full points for brilliantly portraying Shams’s state of mind. Just the way he talked & chose to stay silent completely engrossed in his thoughts was a display of how he will need some time to get back to normal life. 17 years is a long long time to change & shake someone’s mind & heart, that is why everything that now Shams did was a sheer depiction of what he has been through. The trauma Shams went through was doubled because he wasn’t purely guilty in the first place & was getting punished for the murder that someone else committed, therefore, the shift in his personality & the bitterness in him pictured his current state of mind. 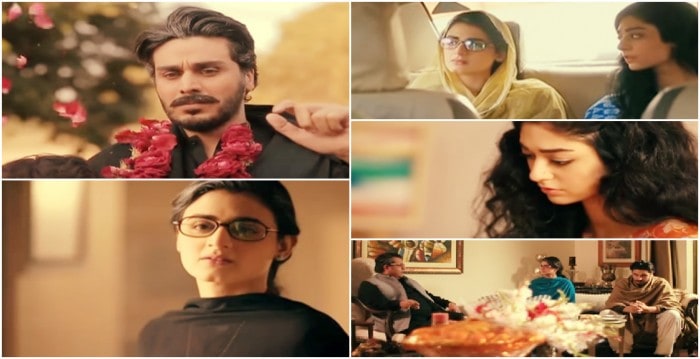 Shams was still a bit shaken with Shagufta’s popularity & was finding it hard to absorb & then came Mr. Suleri, who straight away refused to welcome Shams into his political party, shattering him emotionally even a bit more. It was a shock for both Shagufta & Shams but I think Shagufta should’ve understood by now that if Suleri had wanted, he would’ve helped Shams way back & her husband wouldn’t have to stay in jail for 17 years, but he didn’t, which was a clear notification of his intentions that he lost faith & interest in Shams completely. Shagufta tried to have a conversation with Suleri just to find out that he was in no mood to take Shams back because his party was doing quite well without him in the first place. Shagufta tried to make him understand that she did everything for Shams’s sake but Suleri once again tried to guilt-trip her that she is bound to pay the party back with her services because the party has invested in her a lot. I am sure it won’t be easy for Shagufta to walk out on Suleri because he won’t let her have her way, also it would be easy for Suleri to diss Shams because he is an ex-convict, so he will bring bad name to the party & Suleri will definitely use this card against him!

Mushtaq, his wife & Zareena are still stuck on the same page. Zareena is still hopeful that Shams will come back to her & Mushtaq & his wife are still bitter & angry. Noori & Roomi’s characters were introduced & I liked their presence, it seems that they will make things a little lighthearted. I don’t know why but I have a feeling that Roomi will be related to Noori, he might be Ilyas’s son or something but not sure because they didn’t show Ilyas’s baby when Goshi went to meet the whole family last time, but most certainly, there would be more to Roomi’s character & that’s what I feel. I also feel that may be Shams & Zareena have a chance now because Shams seems a little too iffy in regards to Shagufta. He hinted it clearly that if Shagufta had followed her Chachi’s advice, then Shams wouldn’t have gone through all of this, implying that his life turned upside down the moment Shagufta walked into it. Also, I do believe Zareena still has something left to contribute to the story otherwise they wouldn’t have kept her lurking in the background, also hoping for Shams’s bail & his return to her as her husband! 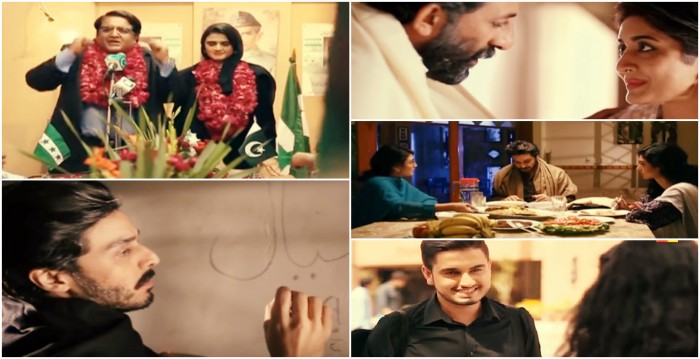 I must say, I am relieved that they showed Sagufta staying true to Shams when he was in jail all this time & she never let Suleri cross any lines with her, even after he tried quite a bit. Shams is a fool to not being able to see how much Shagufta loves him & what she has done for him because in return, Shams didn’t provide her with anything but Shagufta never let any difficulty stop her from loving her husband. It was actually quite sad to see Shams cutting her off & not showing any interest in her confessions or asking her once about how she managed living without him for 17 years. I felt bad for Shagufta when she tried to share her feelings & was stopped by Shams right away because he was pretty much done after telling how hard these 17 years were on him. I really really like Shagufta’s character in this regard that she made a promise with Shams & without even bothering about anything else, without even getting burdened with the world of responsibilities that she had, she loved him truly & selflessly. I so hope Shams can see what a perfect wife Shagufta is & stops obsessing over the thing that wasn’t meant to be his in the first place. Also the things Shams heard from the shopkeeper about himself should serve as an eye-opener to him!

The whole scenario where Shagufta was worrying sick about Shams while he roamed aimlessly from one place to another was interesting too. It made me think that it is highly unlikely that Shams & Shagufta will have a normal life & a normal relationship with each other. Shams is now someone who is only going to bother Shagufta mentally & emotionally. It also showed the insecurity Shagufta has, not in terms of how strong or weak her relation is, but in terms of what she feels about Shams. She has had enough & doesn’t want to see anything happening to Shams again, that is why she felt her world came crushing down because Shams was gone for a few hours. I wonder how long Shagufta will survive if Shams keeps putting her through this because when he was in jail, Shagufta knew he was safe but now that he is moving around freely, Shagufta can’t help worrying about him as she knows Mushtaq is still after him. I kind of feel sorry for Shagufta because she doesn’t deserve such a careless & selfish husband who is only worried about himself & doesn’t think about his wife at all.

Overall, this episode was engaging too & was gripping as well. The preview seemed interesting too because looks like Shams will now provoke Shagufta even more against Suleri & Suleri will tell her to take care of Shams. Shagufta will once again be torn between Shams & Suleri, which is going to be very interesting. I must say Ahsan Khan took the crown in this episode. He was phenomenal as Shams & depicted his mental & emotional state perfectly. Please share your thoughts about this episode of Preet Na Kariyo Koi!