Ohkay so, my favorite drama of the recent times came to an end tonight. I am so glad that without dragging things further & without wasting much time, they wrapped the drama nicely. I am glad to know that there are still such drama-makers who do not believe in stretching the drama to a point where they can attain the most profits through the ratings & do not care about the viewers losing interest in the drama. They showed us everything that we wanted to see & just when we felt that the story should reach its conclusion, it did & for that I thank the team of Preet Na Kariyo Koi with all my heart.

So, Noori decided to go ahead with what Roomi planned for her but little did she know that even if she hadn’t taken such extreme measures, everyone else would still be favoring her because they supported her. Noori was anxious because her mother didn’t give her a chance to share what she wanted to. I loved the scene between Shagufta & Noori where Shagufta deliberately walked out of the room because she felt weak & didn’t have any courage left to face Noori. I loved how at this stage, after so much of suffering they showed that Shagufta learnt her lesson & regretted loving Shams because she didn’t get anything in return. Like now when Shagufta complained, it seemed genuine & didn’t make her look like an ungrateful person because it took a lot for her to feel that way. Like I have said before, the concerns Shagufta had & the objection she raised against Roomi were understandable because she never got the life she imagined & she was forced to face the reality. Shagufta suffered a lot & that is why, she was pushed to a limit where she started looking like a cruel mother who didn’t believe in her daughter’s choices. It was only Shagufta’s inhibition that forced her to not see how suitable Roomi was for Noori. Shagufta was too afraid because of her own experiences that she didn’t even consider it a possibility that Roomi can be heaps better than Shams. I felt for Shagufta that being someone who lived for the sake of love, the idea of a love marriage became so daunting that it put a kibosh on her thinking capacity & made her do things she never would’ve done if she had gotten the love she herself dreamed of. 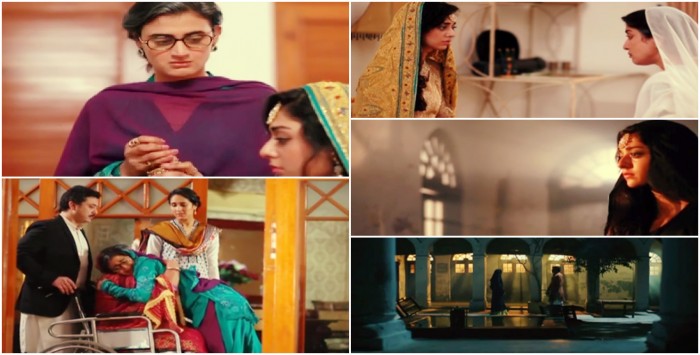 I really really liked how each & everyone gathered in order to help Noori. It was like they all could see the reality that Shagufta was skeptical & her bitter personal experience with Shams forced her to act irrationally. The way Zareena tried to help Noori was sweet too. It was good too see that at least Noori got someone whom she could confide in & Zareena ended up being that person who gave Noori the confidence that her decision was right & she made the right choice. I loved when Zareena told Noori that she should marry someone who loves her & not the one whom she loves. I so wish Shagufta could’ve seen that too but her fear & regret got the best of her.

Bhola’s twist was interesting but it could’ve stopped at a point where he wanted to help Roomi & Noori because he wanted to get a revenge for his father’s death from his sister. In one way Bhola tried to get back at Shagufta & teach her a lesson but on the other he ended up helping her indirectly by making Noori feel guilty about her decision. I felt that Bhola will get his closure after helping Roomi & Noori but his half-way-there approach seemed unconvincing. Yes, I am glad that Roomi & Noori didn’t get nikkaofied at that point because that way the last scene wouldn’t have been this perfect but I feel he didn’t get his closure. Also, I think they should’ve shown a scene or two between Shagufta & Bhola where Bhola gave Shagufta a chance to say what she feels or even apologize & Shagufta should’ve found out how her younger brother stopped her daughter from hurting her. Bhola wasn’t filled with so much fury after all, which was just alright because throughout the drama we got an impression that he hated his sister but looks like he came to terms with it or learned it the hard way but I would’ve been happy if they had shown a few scenes of Bhola convincing himself in the previous episodes.

Finally, Shagufta got to meet her Chachi & the rest of her family after such a long time but then there wasn’t anything more to it. No conversation nothing at all. When I saw the preview I was actually looking forward to Shagufta’s meeting with her Chachi & Chachi’s mention of Roomi’s rishta for Noori the most but there was no conversation at all. It is like Shagufta never learned the truth about Roomi being Ilyas’s relative. Also, the episode ended & Shams was nowhere to be seen. He ended up looking like a paid audience in the background. I think he needed a scene as well where they had shown him regretting the fact that he put Shagufta through so much & acknowledging the fact that she did a lot all her life for their family because in the end when he held Shagufta’s hand, it didn’t seem complete & convincing. I think a lot of the scenes like the flashback of Ilyas in the initial part of the episode, then the maid & Zareena’s unnecessarily long conversation, also Zareena & Suleri’s meeting should’ve been cut down in order to give the coverage to the things that were actually important like Bhola & Shams’s thoughts & Chachi & Shagufta’s detailed conversation. Those scenes didn’t really seem important because they didn’t really fit in & if they had replaced it with the situations that actually needed attention, then this entire episode would’ve been perfect. My only complain is with this episode & these few scenes because considering the fact that it was the last episode, I wanted a perfect perfect perfect ending, but having said that, if I look back at the entire journey, it is beyond perfect. :) 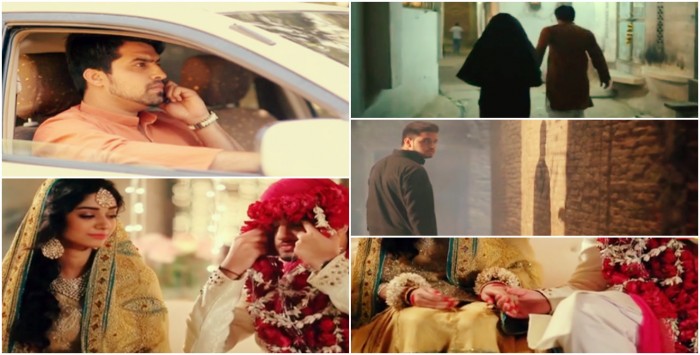 I loved the things Suleri said to Shagufta in the end because I wanted someone to tell the exact same thing to her that she had an obedient daughter & she should’ve at least given consideration to Roomi’s proposal for the fact that he longed for her too, which Shams never really did. Shagufta got a bit too tangled in the thoughts of comparing Roomi & Noori’s scenario with the state of her relation that it hindered her from thinking things through. Shagufta did a lot to attain her love that too for the wrong guy but Roomi loved Noori as much as she loved him, which changes the state of their love completely & differentiates Roomi from Shams. It was good to see that Suleri intervened & took the right decision for this family.

Overall, this episode was good but it could’ve been way better but but but, the whole journey of Preet Na Kariyo Koi was like a roller-coaster ride of emotions. I loveddd the way the writer Amna Mufti wrote Shagufta’s character which had so much depth & detail. In fact, all the characters were brilliant but Shagufta Shehzadi takes the crown for being unique & different. Shagufta was the one whom you could detest & feel for at the same time & I really am glad that the writer made her problems very understandable & relate-able. She was forced to do things she would’ve never thought of doing but she never gave up no matter how tough the circumstances got & honestly speaking, in the market where all the shops sell roti dhoti dukhyaris these days, Shagufta Shehzadi came as a breath of fresh air. I thank the director Ehtashamuddin for directing this play to perfection & for making it a visual treat. The way he brought the essence of Lahore to life in this drama was amazing & also, the way he extracted the best acting out of all these actors was brilliant too. I am definitely signing a petition of Amna Mufti & Ehtashaamuddin’s collaboration once again because they gave us something absolutely brilliant & memorable.

Speaking about the actors who made Preet Na Kariyo Koi a treat with their perfect performances I will thank Hira Salman for doing justice to Shagufta Shehzadi’s character which I am sure no one else could’ve done. She was outstanding as Shagufta & I believe it was only because of her powerful acting & minute expressions that we all could understand Shagufta’s journey. It was good to see Ahsan Khan in a role other than a naqaam ashiq & he did a great job too. Rehan Sheikh was convincing as Suleri, it is like a done deal that no matter what character it must be, if Rehan Sheikh will embrace it, he will add life into it, we have seen it before & I am glad he gave it all to Suleri’s character this time around as well. All the supporting characters were written with a lot of detail & the actors did a beautiful job at bringing those characters to life too. Irfan Khoosat, Naghma Begum, Hassan Noman, Adnan Shah Tipu, Saman Ansari, Farhana Maqsood, Noor Khan & the actor playing the character of Roomi, all of them made this drama complete with their presence & yes, last but not the least, I will thank the writer for writing such meaningful dialogues & with such a beautiful usage of Urdu, all this while I loved listening to the conversation in Preet Na Kariyo Koi & was reminded time & again about what was missing from the rest of our dramas. I am so glad I gave Preet Na Kariyo Koi a chance & thoroughly enjoyed it, so thank you team of Preet Na Kariyo Koi once again. Please share your thoughts about this episode & the entire drama too guys & thank you for keeping the discussions alive. :)