Ohkay so, this episode of Prem Gali showed the problems a couple faces when so many people around don’t hold back in voicing their opinions. It was one misunderstanding after another & it was brilliantly shown by the writer how easy it is for the simplest of matters to get complicated because people feel entitled to put their thoughts across, even in the matters that do not concern them. After watching this episode, I felt that the residents of Prem Gali might stand divided but it seems they all will join hands against Chaudhry & Sons. It is obvious that Hamza & Joya won’t get married just so easily, therefore we should expect a lot more drama before that happens.

In this episode, what I found interesting was that although the neighbors thought they were coming from a good place, a place of concern for both Joya & Hamza, their thinking & perspective, on the whole, wasn’t beneficial at all. It shows that after living together in one neighborhood, the lines have been blurred & people find it hard to keep their opinions to themselves. The residents of Prem Gali run high on emotions & feel passionate about almost everything, this is why they took it to their hearts to make sure that Joya & Hamza do not get married.

I absolutely enjoyed how Rahat pitched in the idea of Hamza in Shireen’s mind. I really didn’t think that Shireen would settle for this proposal just so easily, considering how picky she has been but she absolutely didn’t have any objections with Hamza. I am pretty sure there’s more to it, this is exactly why the writer has started a conversation about how parents see their daughters as ‘bojh’. The way Shireen is being hasty & restless goes to show that she really wants to get over with this responsibility she feels burdened with. However, it seems as the time will progress, she will start second-guessing herself & will realize that getting her daughter married for the wrong reasons is not the wise decision that she is making. I feel all the problems that the neighbors are creating are going to serve as an eye-opener for Shireen as well because it will force her to think things through & probably change her approach towards Joya’s marriage. 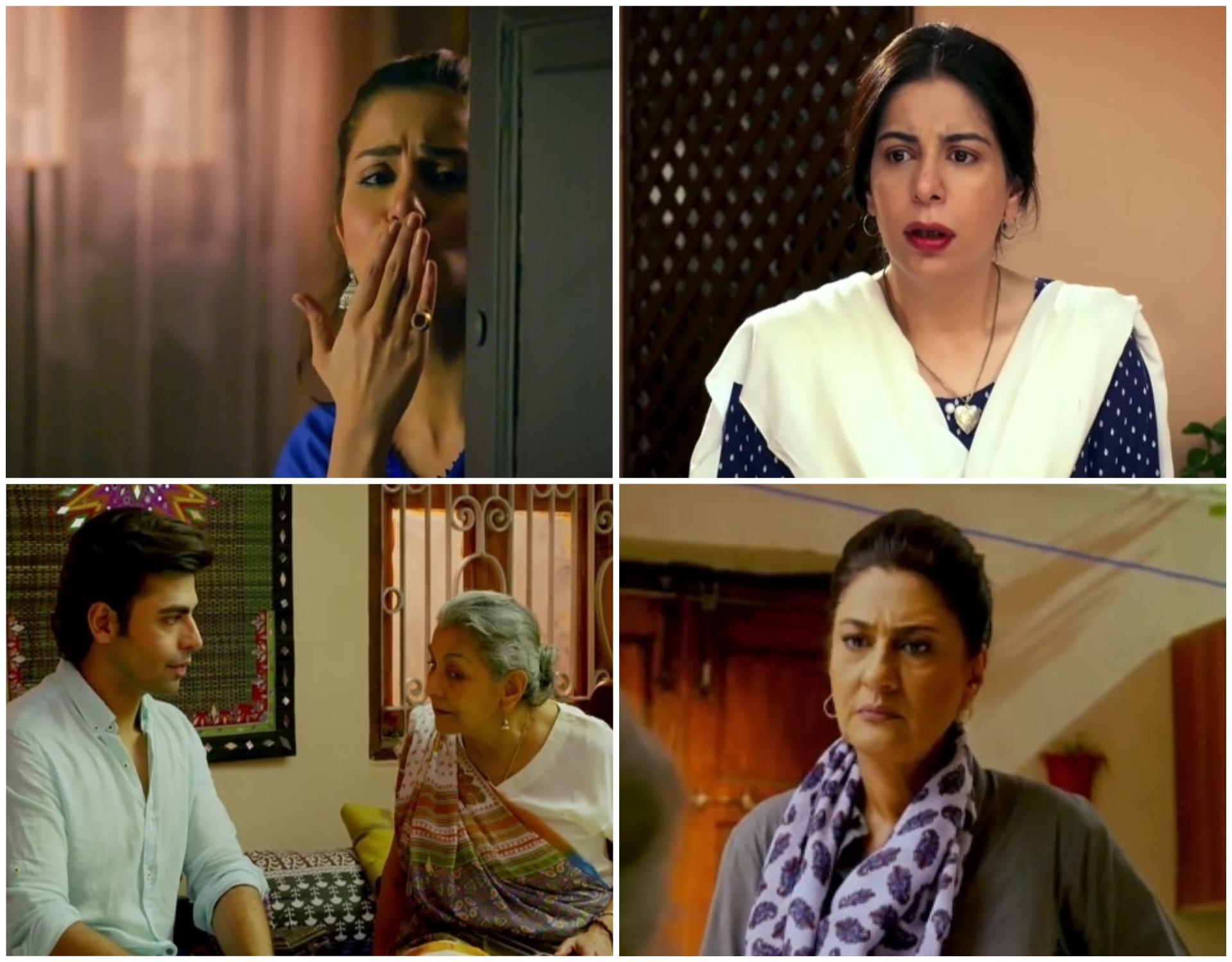 It is interesting how all the men of Chaudry & son’s feel so passionately about one thing or the other. They all have strong opinions & at times think one-dimensionally about what they come across. Luqman is adamant that he would not let any girl get married if he feels she is in love with someone else. Previously it was Fari & now he felt the same way about Joya. He wasn’t wrong in his assumption though & he actually read her body language accurately that she actually was involved with someone, this is why she would feel shy seeing her beloved’s messages on the phone. Hatim on the other hand feels passionately about finances & can’t stop finding ways of cutting the corners. Their father loves going with the flow & because he is so bored, he can not wait for some adventures, some break, some bring change in his life, this is why he gets excited thinking about Hamza’s wedding.

Throughout this episode, Hamza’s eagerness & efforts were worth noticing & thoroughly entertaining. He can’t wait to get married to Joya but he understands that he has to put up an act to prevent himself from facing complications. I also like how despite all of them not wanting to, things become so chaotic in the all-boys house. They all end up fighting over petty issues & things blow out of proportion. It is also mean but amusing how Hatim & his father have literally made a joke out of Luqman’s emotional trauma & the fact that his wife passed away. Those one-liners are actually quite funny. 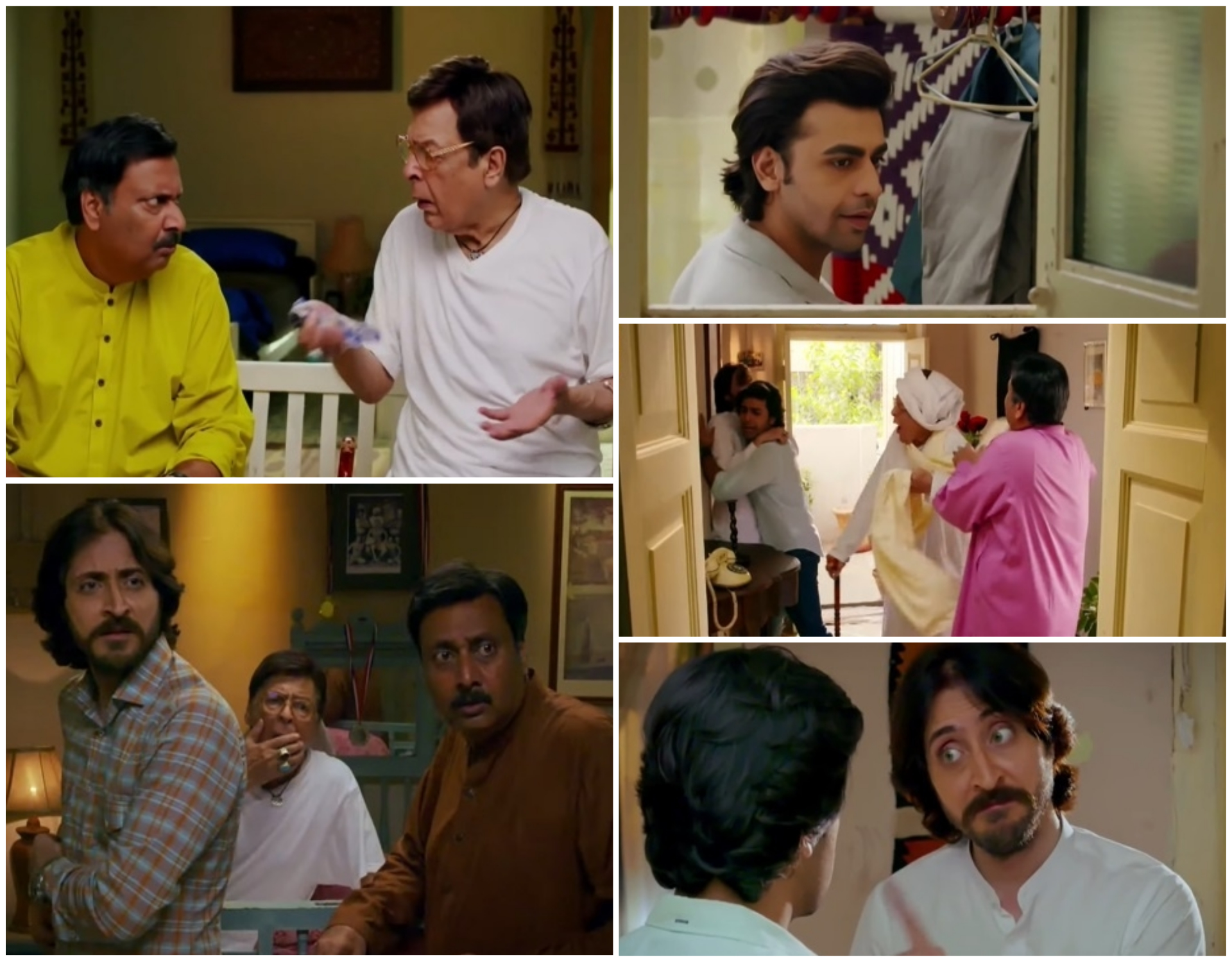 Joya was excited & Sohai Ali Abro showcased the emotional state of Joya beautifully. In this episode, I can actually say that I liked seeing Sohai as Joya because she was absolutely cute. She also couldn’t wait to get engaged to Hamza but deep down, couldn’t help feeling anxious. She even became overwhelmed with emotions when she saw how cautious her mother was, but then immediately backtracked because she figured out that there was another issue that her mother was concerned about. It was like a rollercoaster ride of emotions that both Joya & Hamza were going through but on the surface, they knew they had to carry a facade so that no one can find out the truth. Their antics & all the energies that they invested in devising this plan with the help of Rahat was so enjoyable to see.

This episode of Prem Gali was yet another favorite episode of mine. I thoroughly enjoyed all the conversations that took place. Also, the collaboration of a Punjabi & Urdu speaking family, their concerns about each other’s vocabularies & mannerisms, it was beautifully tackled by Faiza Iftikhar. It also showed how each & every setup, background & culture has its own beauty & richness that leaves an impact in their lives. The Punjabi Chaudhry & Sons couldn’t really do much about the Punjabi-ness they embodied & the Urdu speaking family of Shireen couldn’t help but feel offended at some of the words used wrongly for them. In the end, all the things that Rahat said about how none of it actually mattered were beautiful, because it’s the emotion of love & respect that keeps one happy.

In this episode, all the actors and the supporting cast played their roles to perfection, however, I personally loved the performances of Sohai Ali Abro & Farhan Saeed. Waseem Abbas, Abdullah Farhat & Saba Hameed were natural too. Shamim Hilali’s sass as Rahat & Qavi Khan’s energy is entertaining to watch. Definitely looking forward to the next episode. Please share your thoughts about this episode of Prem Gali.