Ohkay so, this episode of Prem Gali was happening & had some emotional moments which were done nicely. The overall execution of the drama is really interesting but at times, the situations fall flat & seem to be a bit too stretched. The dialogues of Prem Gali happen to be one of the strengths of the drama so far with some actors doing justice to the tone set by the writer with their perfect timing, whereas some of them seem to be struggling. Prem Gali overall is the kind of drama that one can tune to when in the mood for light-hearted entertainment, for that purpose, it definitely is the drama that should not be missed!

The curiosity got the better of Fari & Luqman, therefore they were linked together & the rumors spread. It was interesting how everything escalated quickly but then it also served as a realization to almost each one of them who became a part of the rumors because they eventually believed the things they heard from Luqman. The way things ended was definitely surprising because I actually thought Fari was going to get married to Luqman because she kind of liked him but then, Luqman proved that he genuinely loved his Dua.

In this entire scenario, what I really liked was how their humane side was highlighted with each one of them having a different kind of emotional understanding & perspective. Luqman thought Fari was in love with someone else & because she came to meet him, he could not get married to her. He didn’t want to repeat the same mistake & when I heard him say all those things, I actually hoped that he & Fari get to have a conversation so that he can find out what’s in her heart. 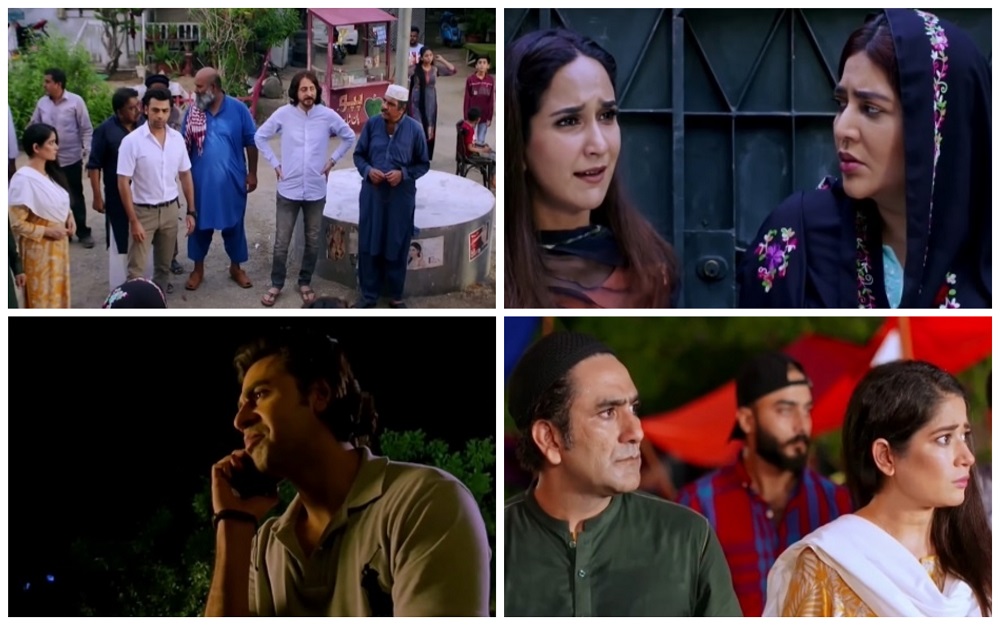 I feel everything falls flat in most of those scenes that are shared by almost all the characters. Somehow the timing seems to be considerately off & it seems they all forcibly say things in order to contribute to the scene, even if there’s no need for it. This makes some of those scenes a little uninteresting. Luqman came to Fari’s rescue & Fari was sad that she became mohallay ki baji.

Once again, I liked how the writer brought in emotional nuances to that entire conversation which was supposed to be humorous with Fari contemplating whether people would’ve believed her or not had it not been for Luqman. I wish they had also shown Shireen’s apology because it would’ve been nice to see that side of hers too because of its a rarity that Shireen feels that way. It was however suggested that she went to see Haseena but then I did feel that scene should’ve been a part of this episode. 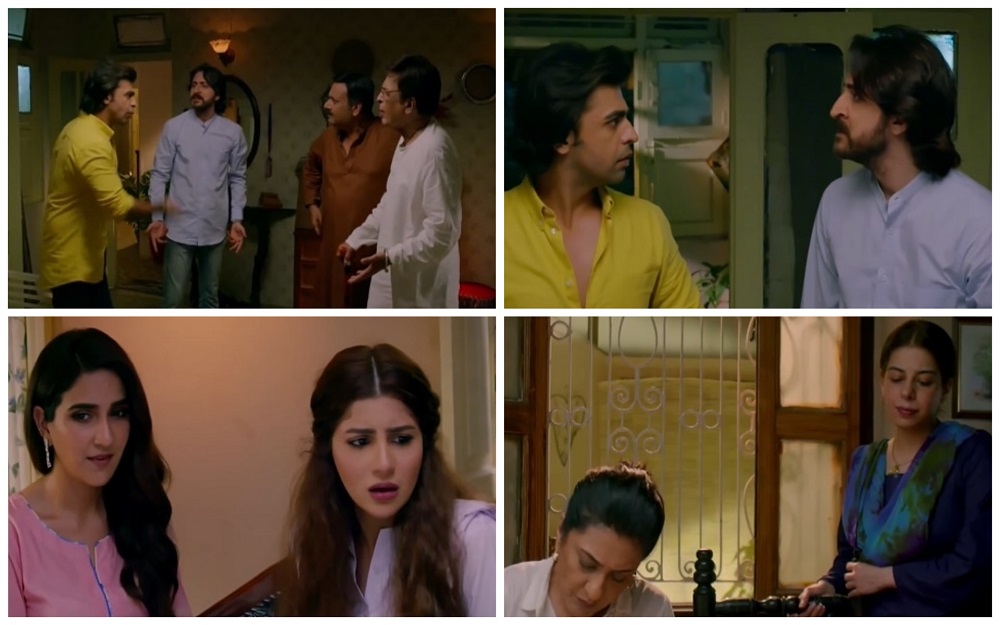 I am kind of amazed that Fari hasn’t been able to put two & two together when it comes to Joya & Hamza. She continues to make guesses & is easily fooled by Joya’s lies. Joya also has no reason to hide everything from Fari but I guess she is too scared of the rumors getting spread but I guess her friend deserves that much of her trust. Joya & Hamza’s scenes are interesting but are kind of getting repetitive, I am eager to see some developments in their track.

This episode of Prem Gali was more of a hit & a miss, but I will say that I did enjoy the conversations all the characters had with one another. As much as I really enjoy Qavi Khan’s energy & scenes, his character is coming along as caricaturish. Farah Shah is such a good actor but in Prem Gali, she has been unable to give a convincing performance. I wish Sohai Ali Abro had not gone overboard as Joya because at all times, she has made it obvious that she is ‘acting’ & not performing the character of Joya.

Saba Hameed & Waseem Abbas continue to hold my interest as a viewer of Prem Gali, also the supporting characters such as Tau Hidayat & Mateen have a lot to offer. Anoushay Abbasi & Abdullah Farhat are convincing as Fari & Luqman. I think with Fari out of the picture, there’s a possibility of Luqman & Musarrat ending up together – if that happens, I’ll be more than happy & can’t wait to see that track developing. The precap suggests some development in Joya & Hamza’s love story which is definitely required considering we’re past the initial stages of the story. Let’s see where it goes. Please share your thoughts about this episode of Prem Gali.