Yes! Shanzay is a loser and she is taking the entire plot of the drama down with her. When and how she turned into a loser is still a mystery but this newfound loserpan is responsible for the story going down a path that is clichéd to the core. Two women fighting over a man, one if modern and clever, the other one old-fashioned and innocent, never thought Pyar Ke Sadqay would take such a turn. This entire scenario has been-there-seen-that like a million times written all over it. Mahjabeen is the saving grace of Pyar Ke Sadqay. Her character is adorable and amusing at the same time. Even in this ridiculously clichéd situation, Mahjabeen’s scenes make you laugh and fall in love with her a little more! No matter how ridiculous things get Yumna Zaidi and Bilal Abbas Khan’s performances continue to keep you engaged and looking forward to more.

Right now, there are a lot of loopholes in the script and the fact that some of the more sensible characters have suddenly disappeared makes it quite apparent that the writer wants to prolong the conflict. Although I am utterly disappointed at the recent turn of events since there were so many more interesting possible scenarios that could have been shown, Mahjabeen and Abdullah make this drama bearable.

Shanzay Is a Loser

This scene was laughable for so many reasons. Shanzay has conveniently been turned into a loser in order to add conflict in the story and make the viewers root for Abdullah and Mahjabeen. So, Shanzay still thinks that Abdullah is a loser yet she is dying to get married to him! If she was 13, her present state of mind would have made perfect sense. Not only is she much older but she was a really sensible and confident girl as well. First, she chose to get married to someone who wasn’t even remotely likable then even before she got a divorce she thought she needed a backup! The backup is a guy she does not even think is worthy of her. If Shanzay has low self-esteem the viewers should have been informed about it so that all this desperation made more sense.

I was expecting Shanzay to fake the suicide but as it turned out she actually tried to take her life for the ‘loser’! That does make Shanzay the biggest loser in the drama but while Abdullah’s character has been well-established in all these episodes, Shanzay sudden loserpan is simply unexplainable and yes I just can’t get over it! For now, this loser is taking the plot forward with her desperate ways. Shanzay sole mission in life right now is loser lrke ke dil se ek loser lrki ko nikalna! Yashma Gill’s acting isn’t helping either, it makes it even harder to take the character seriously.

Although Abdullah is being extremely unfair, gullible, and foolish at the moment, understanding why he is letting the loser and the manipulator get the best of him is easy. He made a promise to Mahjabeen and tonight he also promised Shanzay that he will marry her. He has always been shown as someone who gives in to pressure easily. He is in love with Mahjabeen therefore promising to be with her was something that came straight from the heart. He made that promise to Shanzay simply because he was being pressurized left, right and center! Bilal Abbas’ expressions said it all when he made the promise! He is like a child who is being forced to do something he does not want to do. 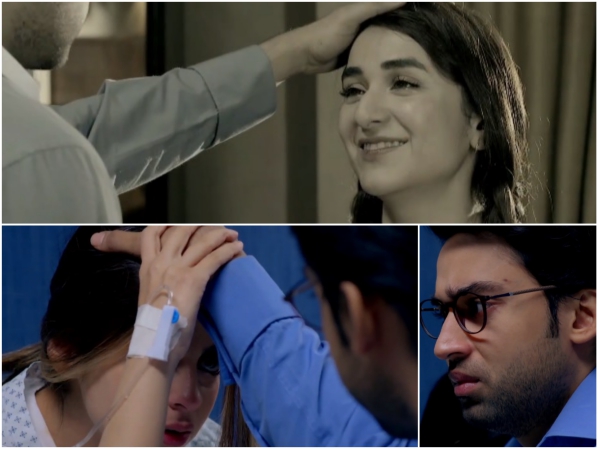 Abdullah’s decisions and actions have been frustrating but everything he does is always in line with his character unlike Shanzay who is simply not the same person anymore. Sarwar once again played a major role in convincing Abdullah that he had to marry Shanzay. Shanzay’s father played his part as well! He is back to being the ‘cool and unreasonable’ dad! Abdullah does not want to leave Mahjabeen and if given a choice he would never marry Shanzay. In my opinion, his character is way better than all those other male leads we see in such dramas who are intelligent people yet they fall for the other women like they are naive. At least, in this case, we know that Abdullah has certain weaknesses and Sarwar knows how to manipulate him.

Mahjabeen Is a Darling

Mahjabeen’s scenes tonight were the best part of this episode. Right now she is the wisest and the most likable character in the play. She can sense what is going on and like a good wife she is trying to do whatever she can to please her husband. Even though she can be so sensible at times, she can’t help saying the most inappropriate things! I am glad that the writer retained the innocent and spontaneous part of her personality because without it Pyar Ke Sadqay would have been difficult to sit through at this point.

Mahjabeen’s dua was the highlight of this episode. The way she reconsidered what she asked for made me laugh so hard. It was a nice way of asking Allah to help her by doing something not-so-nice to Shanzay!! Yumna Zaidi nailed this scene, she is amazing as Mahjabeen.

What Is Mansoora Thinking?

Mansoora made a brief appearance in this episode but his scenes suggested that she was thinking about something. The scene in which she was shown sitting on the table with the papers in front of her made me wonder if she was doing something in the background that might prove to be a game-changer. I am waiting to find out. 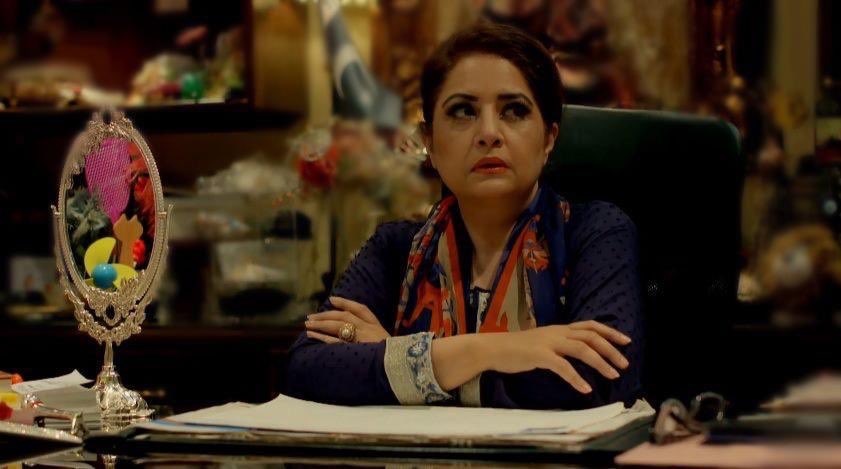 The preview of the next episode was promising, I really hope that the story takes a different turn next week. Mahjabeen will finally speak up and it seems like Mansoora will be back in action too. This episode had quite a few scenes and scenarios that made little sense but even then Mahjabeen and Abdullah kept it engaging enough. In one of the scenes, Abdullah mentioned that Mahjabeen knew about Shanzay’s proposal and in the next one Mahjabeen was asking about Shanzay’s marital life, that was confusing! I am looking forward to the next episode and despite the shortcomings, I am enjoying watching Pyar Ke Sadqay.

Share your thoughts about tonight’s episode of Pyar Ke Sadqay.