This last episode of Pyar Ke Sadqay had the perfect happy ending but some of the confrontations were not as impactful as they should have been. Some of the scenes were prolonged and just like every other episode of this drama, the OST was used generously in the background! Although some of the dialogues were too plain, this ending had some good messages as well. All the main characters learned something or the other from their mistakes. Since the writer already laid the foundations for this ending, it wasn’t rushed or illogical. Right till the end, Sarwar blamed his upbringing and thought of himself as the ‘victim’. In the prison cell, however, he perhaps realized that this was Karma.

I really liked the way Sarwar’s character was used to bring Mahjabeen and Abdullah together in the end. It seemed like Mahjabeen wouldn’t agree to go with Abdullah but the second Sarwar intervened, everything changed. Abdullah finally took a stand for his wife, the best way he could but it was disappointing watching him giving Shanzay the option of being his second wife! Abdullah stayed confused till the end but there is hope now that with Mansoora’s help, he will gain more confidence. 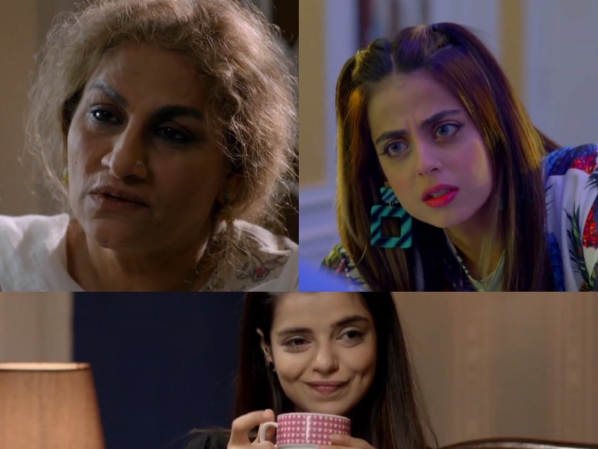 Mansoora’s realization in this last episode and the way it was spelled out for the public was the best part of this episode. A woman does not always need a man to ‘complete’ her and she should never settle for someone who does not give her the love and trust she deserves. The inclusion of the idea that self-love and acceptance come before everything else was brilliant! Mansoora made so many mistakes in the past but in the end, she truly redeemed herself and is on the right path.

The viewers also found out tonight why Shanzay was so desperate to marry Abdullah. Even then, I feel that Shanzay shouldn’t have been given so much screen time. Abdullah and Mansoora both should have apologized to Mahjabeen’s mother as well. The way Abdullah and Mahjabeen showed Sarwar that he was no longer in control was truly gratifying! The look on his face when he saw Mahjabeen’s expressions was so meaningful. This was his punishment too that the only woman he ever loved hated her so much. 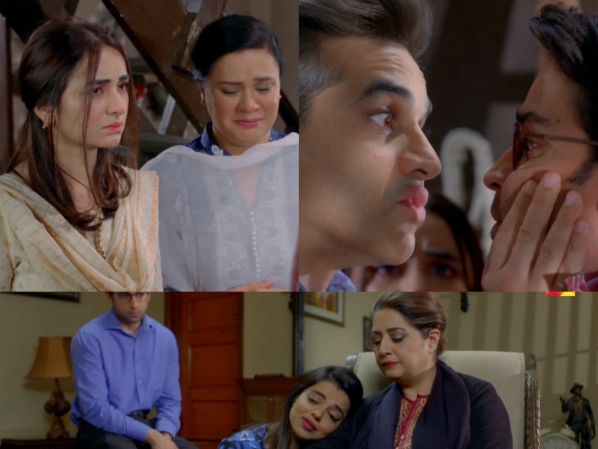 Overall, this was a rather simple but satisfying ending. It was the kind of ending which assures you that all these characters got what they deserved – good or bad!

I must say that watching and reviewing Pyar Ke Sadqay was an absolute pleasure. I did not warm up to the drama instantly mainly because of the execution which was in contrast with the actual story – quite fictional. While the story was realistic, the treatment given to the drama was fairytale-like right from the beginning. The number one reason why Pyar Ke Sadqay did not just grow on me but I also fell completely and utterly in love with it within a few weeks was the characterizations. We have never seen such a true depiction of people with learning disabilities or those who have been shunned all their lives. Abdullah and Mahjabeen were two of the most beautifully flawed and brilliantly layered characters.

It was Yumna Zaidi’s captivating performance which kept me enthralled in the first few episodes. Mahjabeen literally ran the show in the initial episodes. Later on, Abdullah’s track also became more interesting. Bilal Abbas Khan’s impressive performance throughout continued to be the best part of this drama right till the end. Even though the lack of character development was off-putting towards the end but Bilal Abbas’ performance never disappointed. As someone who has been closely associated with people like Mahjabeen and Abdullah, I would give the writer and these actors tons of credit for doing justice to the outstanding characters which hardly ever get the kind of attention they deserve. Zanjabeel Asim Shah’s understanding of these characters and the way she effectively blend comedy with well-thought-out scenarios is much appreciated.

The love triangle in the last few episodes was stretched and mostly unconvincing. Shanzay’s character was confusing and Yashma Gill’s performance was just plain annoying. All the other characters always made perfect sense and were translated on screen superbly. Washma and Pho’s characters made up for Shanzay’s desperation and Mansoora’s vulnerabilities. The beauty of Pyar Ke Sadqay lied in the fact that it offered a variety of characters, it was inventive and fascinating in its own way. Even when the story was being stretched and I wanted to see the drama ending, there was always something interesting to talk about after every episode. There wasn’t a single episode which was pointless, there were some that were slow but each episode added something or the other to the story.

Special shout out to Srha Asghar for breathing life into Washma’s character and making us fall in love with her. It is rarely ever that a supporting character is as attractive as Washma was. Sharmeen Ali’s poised demeanor went so well with the character she played. Atiqa Odho and Omair Rana were equally impressive in their respective roles. Atiqa Odho performed especially well in the last few episodes. Omair Rana truly outdid himself as Sarwar. Sarwar’s conversations with his mother wouldn’t have been as amusing and insightful if it wasn’t for the on-screen chemistry between Gul-e-Rana and Omair Rana.

Bilal Abbas Khan and Yumna Zaidi will always be remembered as one of the most unusual and appealing on-screen couples we have seen in recent dramas. Even with all the ups and downs, the viewers wanted to see them together in the end. Pyar Ke Sadqay was definitely the kind of drama you get lost in. It was a well-told story overall that would have been faultless had it not been stretched. I still feel that Shanzay’s track was the worst part of an otherwise superb drama.

I would like to thank all those readers who shared their insightful and interesting views every single week and made the discussions worthwhile. I am going to miss reviewing Pyar Ke Sadqay. I am also looking forward to Mushk and hope that it will prove to be another drama that all of us can enjoy watching and discussing.

Do share your thoughts about this last episode and most importantly about the entire journey. I would love to hear from all of you.