Elections are finally upon us and the country seems all busy in election campaigns. Where the youth knows which court their future lies in, the remaining ones have their own ideologies to follow. If you are a Television freak and keeps a track of new channels, you must have got by now what this article is all about. Yes, you got it right; the open war between the two political parties has finally a mutual player, who is earning from both ends. Rahat Fateh Ali Khan, one of the best singers of the nation, is now no more behind in the race and has contributed with his vocals in the elections 2013. 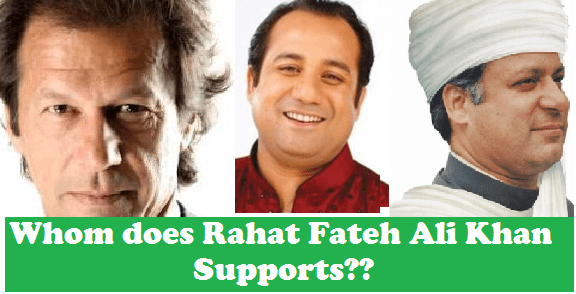 The paid political content that is been aired on every next channel you switch to, is something really huge to be an opportunity where the channels are making more than Billions for the telecast of political campaigning. It is to be noted that Rahat Fateh Ali Khan has sung for the promotional advertisements of PML-N and PTI both.

While the reason was still unknown, it was Salman Ahmed, Singer and Supporter of PTI, who finally asked Rahat about the reason of singing for their rivals, and guess what, Rahat replied:

Rahat Fateh Ali Khan has casted his vote to the two parties and got facilitated from both of the ends, and you? Are you ready with a cause to support? Have you decided that whom are you going to give your vote? If not, then it’s a high time,

Cast Your Vote and make sure that the right man wins,