Contrary to everyone’s expectations, the focus tonight wasn’t on Bhola’s deteriorating health or Noori’s frame of mind but the focus quickly shifted to Noori and Sahir’s track. The issue of marital rape and Bhola beating up his wife was brushed under the carpet completely. Noori’s practical approach and strength this time around was unreal at times mainly due to the fact that Noori did not even once think about what had happened. Noori’s survival instinct has always been strong but it seems like it is stronger than ever now because she knows that she has nowhere to go and no one to turn to. Noori’s thought process and her actual feelings were covered only in two scenes. Yet again, the recent shift in the story was surprising in many ways. Noori went from being scared of Bhola to confronting him by the end of this episode.

Noori and Fehmida’s reaction gave everything that happened in the previous episode a completely different turn. The fact that Bhola was extremely violent with Noori was not addressed as an issue at all. Instead, Fehmida questioned Noori’s love for Bhola and tried to make her ‘understand’ that it was perfectly normal for Bhola to make these advances. Fehmida obviously belongs to the old school of thought, something which has been well established so far therefore even though I was expecting her to ‘protect’ Noori, her endorsement of a husband forcing himself on his wife was completely in line with her character. The fact that the physical abuse otherwise was not discussed at all by either Noori or Fehmida was definitely disappointing. 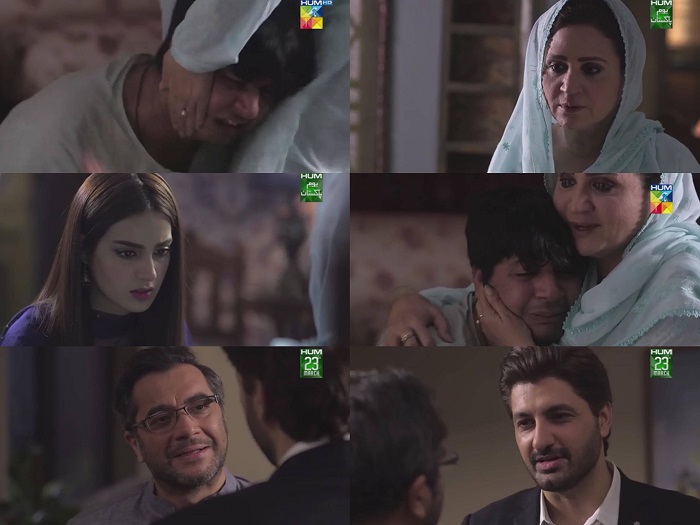 The scene covering Noori and Sahir’s meeting was the most anticipated scene yet it was not executed flawlessly. Noori was soaking wet outside but by the time she got in, her hair and clothes were dry. Syed Jibran and Iqra Aziz acted really well in this scene because the shock and confusion was quite obvious from their expressions. Noori’s conversation with Komal clearly suggested that Sahir’s reappearance in her life was like a nightmare for her. Sahir on the other hand envied Noori, at first he thought Noori was the maid but later on when he found out that she was the wife of the only son who was the sole heir of all the wealth, he was sure Noori had hit a jackpot. Sahir always wanted to be rich and even now he cannot look beyond the status of this family therefore he looks at everything only from this perspective. He was more than ready and simply ecstatic to be a part of this family and had absolutely no issue being the ‘ghar damad’.

Tonight, Sahir did not come across as someone who would do anything for anyone selflessly. This character keeps you guessing, it has always been like this and that is the main reason why it is impossible to predict what his actual intentions are. Is he just a little greedy; an average man who wouldn’t mind having an easy access to someone’s wealth by marrying their daughter or is he someone who actually respects Nusrat enough to feel privileged to be part of his family? The only thing obvious in this episode was that he went from being ecstatic to being really confused and in shock after finding out Noori was the bahu. Every time Noori met Sahir, she did not and was not asked to cover her head which was rather odd since the conservative and rigid rules of the house were spelled out clearly in the previous episodes. 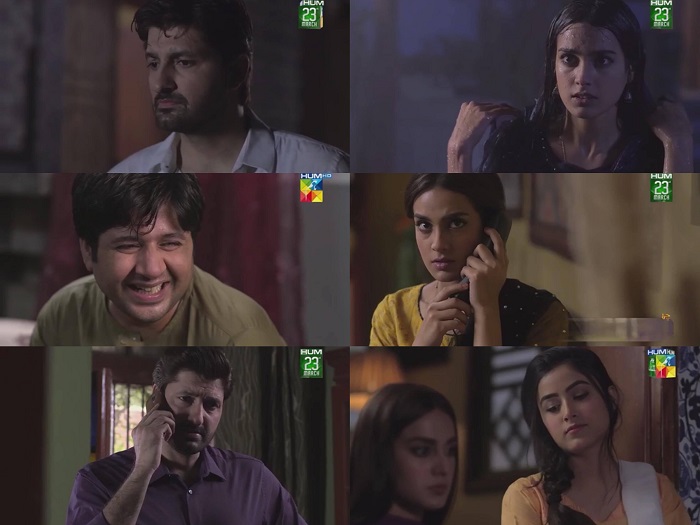 The change in Bhola’s personality – from aggressive and agitated to sleeping all the time – was another development which made you wonder why all of a sudden the affect of the medicines he took last night and in the morning again, wore off so quickly. After what Bhola did to Noori, Noori clearly does not want to give him any more of these medicines. Noori figured out that this recent change in Bhola’s personality was due to the medicines and chose to lie to Nusrat.

Fehmida gave her house keys to Noori and the way Noori looked at these keys was definitely meaningful. It is difficult to figure out whether Noori took this as a responsibility she was going to keep or an opportunity to start over. So far, Noori has not exploited her position in this house even once therefore it is quite likely that this will probably be nothing more than a ‘warning’ sign for Nusrat who will get more insecure.

The preview of the next episode showed that Sahir will finally meet Bhola as well. His thinking regarding Noori’s ‘perfect’ life will change after this meeting. Noori will question Nusrat about Bhola’s medicines and his wife will probably tell him that Noori is now incharge of the house keys. That’s when Nusrat will start feeling even more threatened from Noori once again. Waiting to find out more about Noori’s actual feelings and wondering if the survival instinct will ever take a backseat in Noori’s life.