What a beautiful turn of events, loved tonight’s episode and absolutely love the new turn the story has taken. Noori is completely in control but not entirely out of danger therefore there is no guarantee that there will be smooth sailing from here on. Tonight’s episode had so many deep, meaningful and emotional conversations to its credit. Faiza Iftikhar pens down the best dialogues and her screenplay always keeps your at the edge of your seat. Kashif Nisar has directed this drama remarkably well and all the actors have done complete justice to this beautiful script.

Noori and Bhola’s scenes tonight were sweet, they reminded me of the time before Bhola took the overdose and attacked Noori. The way Noori’s change of heart has been shown is not only convincing but also very intelligently done. Few weeks back we couldn’t have imagined Noori taking this step. In fact even last week she was more than ready to leave everything and elope with Sahir. Sahir and Noori’s scene was one of the many powerful scenes tonight. Noori made sure Sahir knew that she was no longer on his side and her dialogues also clearly elaborated why she decided that she had to change her thinking and her priorities. Noori has always been a strong and determined woman, now she is all set to save Bhola. She knew exactly where to find him and it was good to see Mumtaz Begum in a different light in this episode. I would have liked to see more of him/her because the dialogues tonight suggested that Mumtaz Begum was fighting a battle as well and might have had a story to tell. This scene however summed Mumtaz Begum’s thinking and struggle up really well. I am glad though that the focus throughout has been on the main characters and the story never went off track. 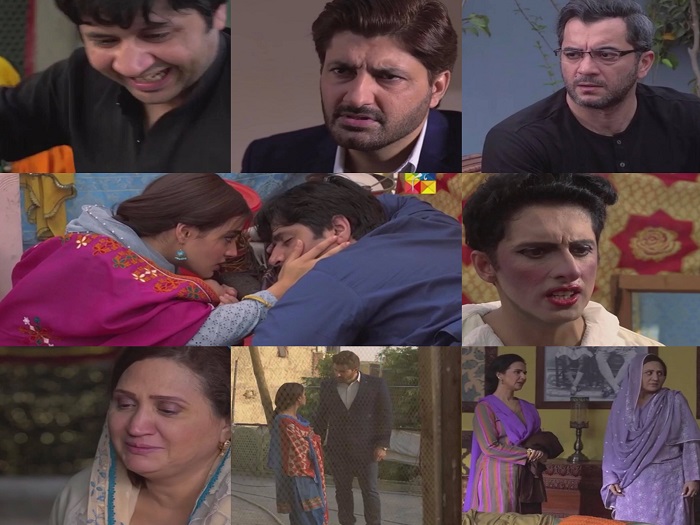 The best part of this episode were Noori and Bhola’s scenes. Bhola instantly felt the change in Noori because this was no longer the same Noori who pushed him away and made him feel like he was not good enough. Imran Ashraf and Iqra Aziz were phenomenal in these scenes. Iqra Aziz’s expressions were superb throughout especially when Noori was reassuring Bhola of her support every time he was insecure. Imran Ashraf has owned his character throughout and it was especially good to see Bhola safe with Noori.

Fehmida finally put her foot down and was more protective of Noori than ever. Noori is a smart woman who knows how to get her way and Nusrat knows that only too well. That conversation Noori had with Fehmida made her think on those lines more than anything else. Now that Noori is expecting, Fehmida’s priorities have completely changed. She had Bhola after praying for a child for years, she loves Bhola dearly and probably never even dreamed of having a grandchild therefore the fact that Noori’s happiness right now comes before everything else makes perfect sense.

After Fehmida shared her final decision with Nusrat his reaction was actually quite interesting since he felt cheated. Actually he was furious that he was no longer in control but he played the victim. Nusrat should definitely be punished for his wrongdoings in the end.

Tonight’s episode of Ranjha Ranjha Kardi belonged to Noori, Bhola and Fehmida who after a long time looked like a complete family. This fight isn’t over yet, all the secrets are not out even now, Nusrat and Sahir are more desperate than ever but it looks like Noori’s will and determination is going to be the game changer. The preview of the next episode showed that Sahir is not going to back out this easily. Will Noori tell Nusrat everything she knows about his background? Looking forward to an ending which will make this enjoyable ride even more worthwhile. I would love to see Noori teaching children like her or running a school owned by Fehmida, her and Bhola for underprivileged children.

Do share your thoughts about tonight’s episode of Ranjha Ranjha Kardi.