I decided to review the play every other week due to the slow pace but this was one episode that definitely deserved to be reviewed. There were some major developments in the story; Hiba moved out of the apartment and into her own house. I really like the way the relationship between these sisters has been shown. They genuinely love each other, just the way sisters should. So much has happened between them but it doesn’t take them long to put these issues behind them. Tooba was heart broken when Hiba left the house but the second she showed up at her door step, she welcomed her with open arms. Hiba also turned towards Tooba after being rejected by Rohail. Hiba always likes to have things her way so Rohail’s rejection of her feelings came as a big blow. I guess we all know by now that Hiba isn’t going to change. Her mother’s death and everything that happened has not changed her, she will stay over emotional and stubborn just the way she always was. 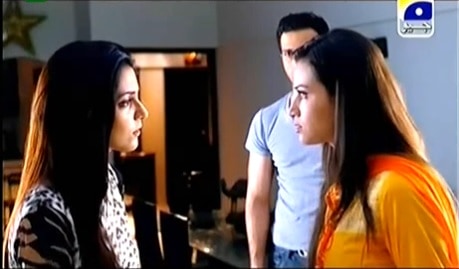 The story is still as unpredictable as it was from the first episode. Arsal and Rohail both are out of the picture for now and I am waiting to find out how Rohail in particular will come back into Hiba’s life. Hiba “hates” him now since Hiba feels only love and hatred for people, there is nothing in between!! It is not easy to change the way Hiba feels about someone so Rohail will have a very difficult time making Hiba understand that he has done nothing wrong. I really felt for Tooba today, she is exactly like her mother; sweet and very sensitive. I am definitely rooting for a happy ending for Tooba. Hiba wants to buy her mother’s house and business in the long run. I am actually surprised at how much she has earned in a short span of time. 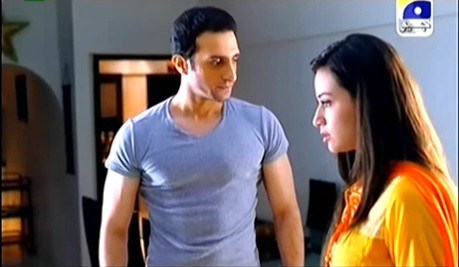 Ranjish Hi Sahi has to be one of those very few plays that are on air at the moment which do not rely on conspiracies and misunderstandings to take the story forward. The characters are not flawless but there are no villains in the play either. It is also one of those rare plays in which eavesdropping is not used as a convenient way to take the story forward! The few filler episodes in between made me lose interest but I must admit that if I look at the play on the whole then I can’t help but praise the writer Maha Malik for staying very focused and Nadeem Siddique, the director for a very strong grip on the story and characters too. I have praised the picture quality of the play over and over again but every time I watch it, I want to rave about it a little more. All the colors look beautiful on screen. Sana Javed has especially put in extra effort to wear colors that brighten up the screen. 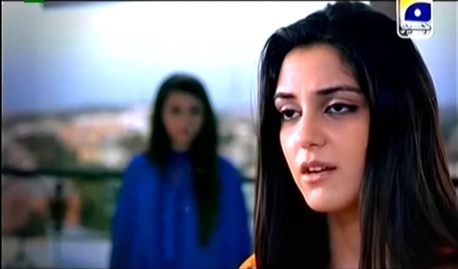 So, how many of you can guess what is going to happen next? What are you looking forward to the most? Do share your thoughts.