Sabaat continues to disappoint because of a weak storyline. This isn’t the first time that a leading channel has used star power and great production values to get the attention of the viewers. The script is going downhill with every passing episode and right now I am honestly watching this play to find out how ridiculous Miraal’s track, in particular, can get. Once again after watching this episode I was wondering why Fareed and Miraal were the only ones who were not ‘struggling’ and of course Yasir Qureshi as well. Every Pakistani drama shows how the negative character usually drives the story forward but this drama has more than one such character. Not only this all the relatively pleasant characters seem to be in constant turmoil. There isn’t a moment of happiness in Hasan and Anaya’s life!

Hasan’s character had potential but he is too busy feeling sorry for himself. In this day and age, he does not have access to social media which does constantly remind you of other people’s birthday. Usman Mukhtar’s monotone dialogue delivery and this psychiatrist’s lack of understanding of his wife’s character is making this track a repetition of all the other relationships in Miraal’s life. There is absolutely no character development and Miraal’s naani visions proved to be another useless track! She needs to see a proper professional, one who does not fall for her. 20 weeks of one dead end after the other have made Sabaat a star-studded disaster. Mawra Hocane and Ameer Gillani have acted so well yet their track has nothing grand to offer.

Ever since Hasan and Anaya moved out of Hasan’s house, Anaya has been the one who is keeping things together while Hasan’s frustrations are never-ending! I felt for Anaya today when she was celebrating her promotion and had no idea what was going on in Hasan’s mind. Of all the people in the world, Hasan is actually listening to Atif. While Hasan’s frustrations were understandable, it was sad that he questioned Anaya about that phone call. Looking back at the kind of relationship they had and most importantly the kind of faith he had in Anaya, it was truly sad watching Hasan even think on those lines. Well, Miraal is still ‘winning’, Atif is doing all this to please her but the preview of the upcoming episode gave some hope. Hasan will hopefully resign from his present job and that conversation he was shown having with Anaya in the preview of the upcoming episode promised that he will finally realize his mistake. 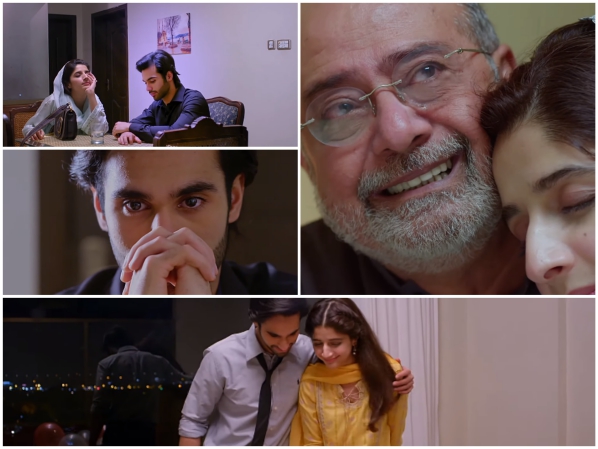 There is no romance between this newly married couple at all. They are too busy making ends meet. Hasan keeps on thinking about the present situation and Anaya is too busy making chai and keeping him happy! It was finally good to see Anaya and her parents together. It would be sad watching Anaya’s father die but it seems that will eventually happen. Anaya’s scenes with her father have been the most emotional and some of the best ones. There were so many different directions in which this track could have been taken. Anaya and Hasan could have moved in with Anaya’s parents and lived a happy fulfilling life but they are struggling otherwise and Anaya does not even know that her father is unwell!

We have seen so many controlling and selfish characters in Pakistani dramas but I must say that Miraal’s character has to be the most shallow and uninteresting one. Miraal looks like she is the boss, walks like she is the queen and the director makes sure that her character is presented that way as well, yet this character is just plain dull! The poor lady needs treatment yet she is the one running the show. She is the perfect example of a narcissist but then why couldn’t her psychiatrist husband see that? The scene in which Harris suggested that they should have a baby made me laugh so hard! Usually, we see desperate women who want to hold on to their good-for-nothing husbands make such foolish decisions. Hearing a psychiatrist say that a baby will bring a married couple close was simply unbelievable! You would expect a mohallay ki auntie giving such a suggestion but definitely not a prha likha professional who has enough experience to know that having a child won’t change Miraal! Harris naivety is simply nonsensical. 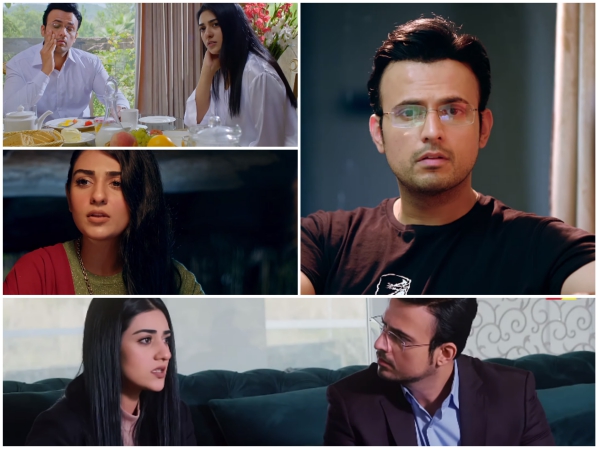 I am glad that he is at least taking a stand and is not willing to quit his job but why can’t he see what Miraal’s issues are? These conversations between Miraal and Harris are so ‘plain’ that they suggest that both of them have the same mental caliber. I have said this before and I feel the need to say it every single time I watch a new episode of Sabaat – there was absolutely no need to show that Harris was a psychiatrist! The fact that he is a psychiatrist doesn’t add anything to his character. He did not help Miraal, he does not understand her issues and he did not even use his own intellect and experience to choose the right life partner for him.

Tonight’s episode was basically a bit more of everything that we have been shown in the previous few weeks. The locations are grand and the picture quality is great but Sabaat lacks substance altogether. Anaya is turning out to be too-good-to-be-true as well, this character is definitely slightly more likable than the rest but it doesn’t have enough shades. She does not question Hasan’s frustrations or suggest a way out, her wife duties are restricted to making chai and khana. Surely someone as sensible as her who had such great problem-solving skills could have done more for her forever clueless husband! After watching Anaa, I was desperately waiting for Usman Mukhtar’s next project but I must say that I am beyond disappointed with the kind of character he chose to play.