This episode just like the previous one belonged to Saba Qamar and I must appreciate the writer and the director for covering the aftermath of a very tragic incident in a very intelligent way so far. Unfortunately the people around Ayesha have managed to convince her that she must bear the burden of everything that happened alone. That is why Ayesha did not tell her mother who the culprit was because she wanted to save her mother from feeling the way she felt when she was violated by someone she knew and perhaps trusted. She cannot share her agony with her husband because he already told her how devastated he would be if anything like that ever happened to his wife therefore the only person she can turn to is her psychiatrist and that too not for advice or consolation but for shortcuts like anti-depressants and sleeping pills which are definitely not a solution to her problem.

I wanted to see Ayesha confiding in her husband but even when she couldn’t muster up the courage to do that I found the developments in tonight’s episode very convincing. She cannot share what she went through with someone who she thinks will judge her based on what happened. Ayesha told the psychiatrist that her husband was not her friend – something which she had discovered only recently and that too when she needed him as a friend in her life the most! I don’t agree with the suggestions that Dr. Fauzia gave Ayesha but since she is her mother’s student therefore she is doing what Ayesha’s mother wants her to do. She is giving Ayesha an opportunity to vent out but she is not allowing her to share her feelings with her husband. 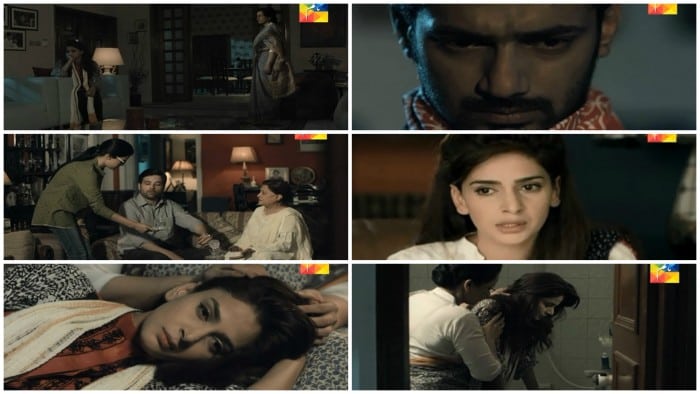 We found out more about Zahid Ahmed’s character in tonight’s episode; he is someone Ayesha’s mother knows and he comes from a good family that is why Ayesha’s mother trusts him. It was sad to see Ayesha’s mother making another disturbing decision in this episode too but it was good to see her consoling her daughter and asking her if she needed to know something regarding the culprit. There is a lot more which we need to know about Zahid Ahmed’s character. What was the motive behind doing something so horrendous?

The last conversation Adnan and Ayesha had was very well-written and directed. Although Mikaal Zulfiqar wasn’t at his best in tonight’s episode but the script and the brilliant acting by all the other actors made up for it. Ayesha tried to make Adnan understand that he needed to give her some time but Adnan does not understand why his wife is a completely different person now. It was good to see that they still shared the same dream and although Adnan is in denial about his wife’s condition he hasn’t given up on this relationship. The preview of the next episode however showed that Adnan too will resort to desperate measures. Farah’s character in the play has been like a breath of fresh air, she is the voice of reason and she is more like a sister to Ayesha. Kiran Haq has done complete justice to her character. 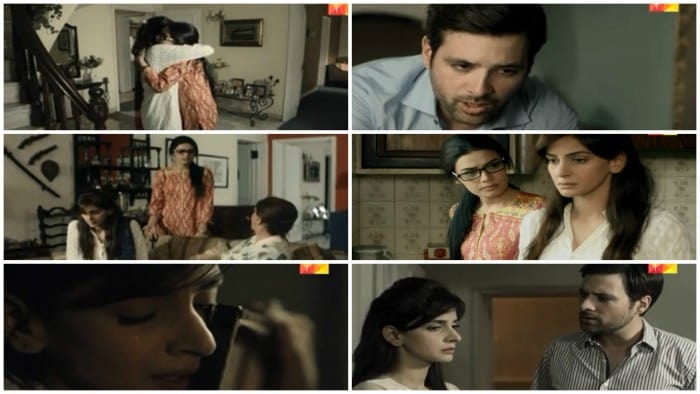 These three episodes haven’t given me much to complain about therefore I have hope that this drama will deliver. Such issue-based dramas can get very repetitive at times but that has not been the case so far. Saba Qamar has been flawless as Ayesha right from the get-go and she remains the highlight of this drama. She is effortless in her portrayal and you can’t help but feel for her character.

How many of you watched this latest episode of Sangat. Do share your thoughts about it.