With this episode Shehrnaz turned into a star with all the perks and tantrums and most of this episode covered how she felt about KK. Even after knowing that he was married she continued feeling the same way about him. Watching Shehrnaz own her title as a star and making the most of it wasn’t surprising at all because it was completely in line with her personality. The jealous, insecure and over-possessive side of Shehrnaz however was somewhat typical. Shehrnaz is completely in love with KK, she wanted all his attention and found it hard to share him with his wife. KK’s dialogues made it clear that his relationship with Shehrnaz was completely platonic and although he said that he respected her a lot yet he never told her about his wife and son. I have to say that I wasn’t expecting this drama to be about Shehrnaz’s love life and right now while I am looking forward to how the story unfolds in the upcoming episodes, I am slightly disappointed with the recent turn of events.

Whatever we have seen so far suggests that Shehrnaz is not just another girl in KK’s life but she is someone who has changed him completely. Ayeza Khan and Aly Khan fit perfectly in their respective roles and their on-screen chemistry makes their connection relatable. The actress playing KK’s wife however is just as much of a misfit in this role as is the actress playing Naina Pardesi’s role. These women are supposed to be classy but the x-factor is completely missing from their personalities. Also, there is very little difference between Shehrnaz’s hero with whom she is shown shooting the film and the make-up artist!! It would have been great if Danish Taimoor made a guest appearance for this role, that would have saved his production house money and made these scenes more impactful. 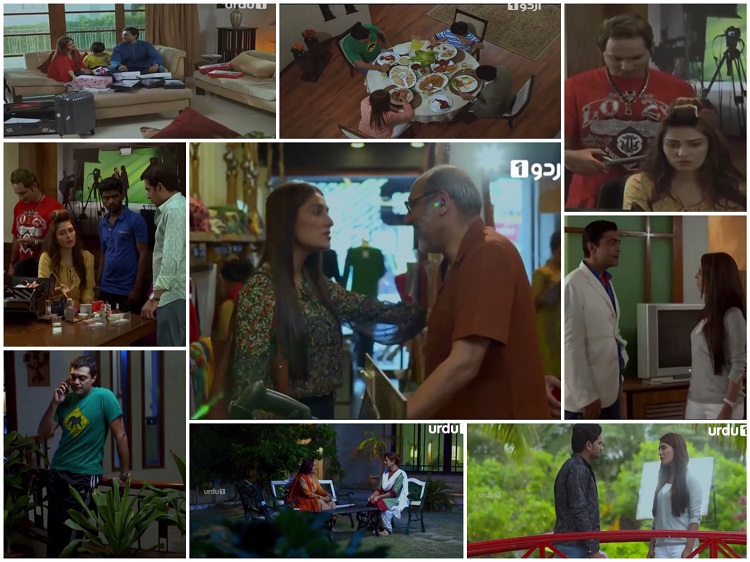 Shehrnaz’s encounter with the rickshaw driver was rather unimpressive, it would have been far better if he stopped her instead of Shehrnaz telling him who she was. The encounter with Naina Pardesi however was definitely one which needed to be shown. Naseeb Gul got very little screen time in this episode. I definitely missed the father-daughter scenes. Shehrnaz’s scenes in this episode focused mostly on her feelings for KK and the preview of the next episode shows why most of these scenes covered only that.

Sherry is not out of the picture yet, I am wondering if at some point he will go back to Shehrnaz. There is no other reason why his track is getting ample screen time in every episode. Overall, this episode was strictly okay. Ayeza Khan looked beautiful as usual and she performed well too but right now Shehrnaz’s character lacks the spark which was a major part of her personality in the first few episodes. There was a time when she depended only on herself but now she is shown depending emotionally on KK and before KK it was Sherry. Right now Ayeza Khan and Aly Khan’s performances and their on-screen chemistry is the main attraction in the drama.