This episode focused completely on Shehrnaz and Sherry’s track and unlike the preview of the previous episode, the preview for this episode gave away the main twist in the story therefore all the scenes which were meant to convince the viewers that Sherry really had a change of heart were a waste of time. Sherry’s actions in the end could have been the most shocking development in this play so far only if the viewers were not shown that scene in the preview of this episode last week. It is difficult to believe that those people who were incredibly creative and intelligent while visualizing the preview of the previous episode could be careless enough to give away the main twist of the story in the preview of this episode. Right till the end I was hoping that this too would be a dream sequence like it was last week but that was not the case. Apart from this Shehrnaz and Sherry’s track is the weakest link in this drama because of many reasons. The first reason is the actor playing the role of Sherry, Farhan Ahmed Malhi does not have the charm or the acting skills to pull this character off therefore right from the beginning it was very difficult to relate to Shehrnaz’s feelings for him. Sherry is supposed to be a charmer, that is how the writer conceived his character but this aspect of his personality lost its appeal because of the way it has been translated on screen. Also, the viewers were not shown the dynamics of Shehrnaz and Sherry’s relationship in detail; their entire relationship was covered in one episode and in the next one Sherry put the ring on Shehrnaz’s finger, there was absolutely no interaction between them after that until Shehrnaz told him that she had to go away for the contest. After the contest Shehrnaz desperately called him and wanted to be in touch. Overall, this track has been managed poorly therefore tonight’s episode was the first one which wasn’t as engrossing as rest of the episodes of Shehrnaz.

Shehrnaz is in love, something we have to suppose since the relationship between these two people is difficult to connect to, therefore she does something completely foolish. She will have to pay a big price for trusting Sherry and for now I feel more for Shehrnaz’s father than her. He is someone who trusted her completely and will be hurt badly if he finds out what has happened. Also, Shehrnaz might turn to KK now for help. There are number of possibilities and it is difficult to predict what turn the story will take now. The reaction to Shehrnaz’s visit to Sherry’s house was given plenty of screen time in this episode. These reactions from his family members were the reason why Sherry did something so extreme to prove himself right but even then there was no need to cover these reactions in such detail. 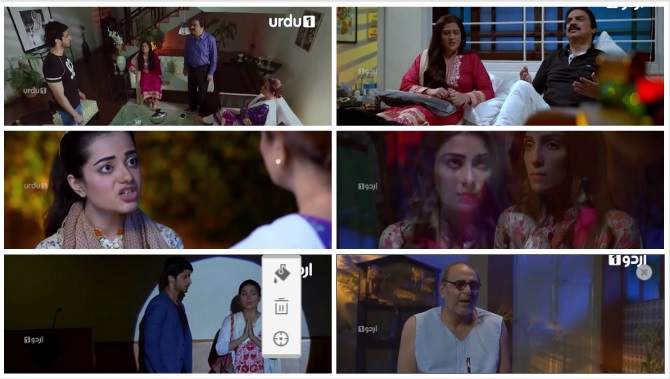 Although this wasn’t one of the best episodes of Shehrnaz but it did give me a reason to look forward to the next one. I am waiting to see how Shehrnaz deals with this problem and what repercussions this latest development will have. Shehrnaz’s dialogues when she tells Sherry what he meant to her were too cheesy. Shehrnaz’s father’s reaction to her daughter’s “outing” was shown really well. This was the first time that he did not approve of something his daughter had done, the writer showed how a father’s instinct tells him that something is wrong in a very apt manner. This episode laid the foundations for the biggest challenge in Shehrnaz’s life till now. She will once again pay a big price for standing up for herself. This episode showed a more vulnerable side of Shehrnaz which I am not particularly fond of but it definitely makes her character more human. Ayeza Khan and Sajid Hassan yet again gave natural and convincing performances.