There was a great deal of development in this episode, in fact there were times when I felt like this may just be the last episode. Roomi finally managed to convince his father that his place was with his mother, Saniya got her son back and an apology from a mother in law who never gave her credit for anything but Ali, in my opinion, still hasn’t paid for his mistakes. Yes, he is going to be very lonely now and he failed to win over his son but somehow that just doesn’t seem enough. Ehtesham and Sehrish still have to settle their differences or decide whether they want to live together or not. Sehrish’s visit to Saniya’s house did not help matters at all, she really needs to see things for what they are before she does further damage. Maham and her husband have yet to pay a price for the games they played; I definitely want a confrontation between Sehrish and Maham if nothing else. And hopefully such a confrontation would prove to be an eye opener for Sehrish. Saniya’s mother in law will have a lot of free time now to think about what she has done. I actually felt for her in tonight’s episode. Saniya also has to figure out what she will do with her life next.
Right now it seems highly unlikely that anything that Sehrish does or says will change the way Ehtesham feels. Sehrish needs to stop doubting her husband and stop believing in the stories Maham told her if she wants things between her and Ehtesham to get better. 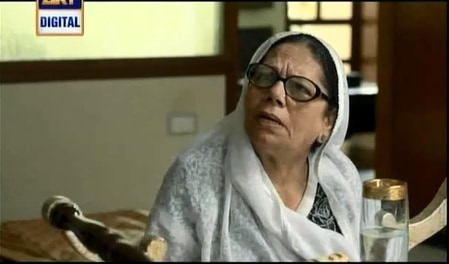 I must commend the writer Samira Fazal for showing in a very apt manner how one wrong step taken in anger can ruin everything and how egos can destroy relationships. Ali had to swallow his pride and hand his son over to the woman who he looked down upon. He could not do much when his son ran away from him and into the arms of the man who he despised the most. Sehrish too has pushed Ehtesham to the point where he feels like he does not need to do anything to prove his sincerity. On the other hand, things are falling into place for Saniya, who has always had a very unconditional attitude towards all her relationships. Ehtesham and Sehrish maybe living under the same roof but Ehtesham makes it very clear at every step that Sehrish cannot question him in any way. 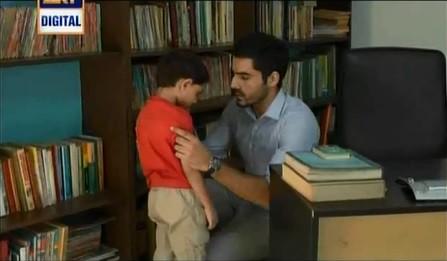 Tonight’s episode was fast paced, every scene was perfectly shot and all the actors were flawless like always. The last few scenes of Roomi and Ali together were the highlight of tonight’s episode. Ali knew exactly what he was about to lose and he also knew that it was too late to make up for lost time. 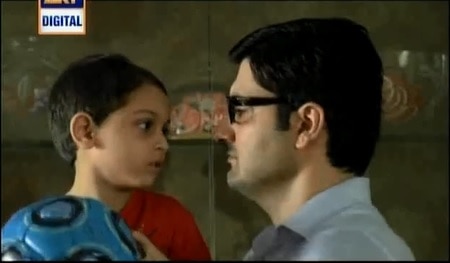 The preview of the next episode suggested that things are only going to get worse for Sehrish and Ehtesham. What do you think is going to happen next? Do share your views.