Ohkay so, Sinf e Aahan continues to be one such drama that is nothing short of quality entertainment for its viewers. The messaging is strong & the execution is stronger. It has been written to perfection by Umera Ahmed & it is commendable to have so many diverse characters which allow audiences from all walks of life to feel connected to them & find their story in their journey as well. I personally liked the latest episode a lot more because, for the first time, it could be seen that these girls felt emotionally touched & something in them moved in regards to their homeland.

Kiran’s track might not be directly linked to the girls & their training but they have used her character to show the struggles of the family members of those Army officers who lose their lives for their country. The entire scenario of Kiran’s life is not only heart-wrenching but goes to show how hard it has been for her after losing Taimoor. Although Osama has given her support & security, but it was heart-breaking to see how in love Kiran was with Taimoor & how he meant so much to her. All the planning related to the future, their dreams of being together; ended the moment Taimoor lost his life. Although initially, I didn’t really see much relevance of this character in this episode, in particular, I felt for her a lot. Also, the loss of Taimoor has been so daunting for her that she failed to even acknowledge it in front of her friend who she met after such a long time. It goes to show that she is still grieving but a part of her is warming up to Osama as well.

All the moments that the girls share with each other are a lot of fun to watch. It is like although they may have certain disagreements but when it comes to the PMA & its training, all of them stand together in pain because they clearly understand how hard it is for them as well as other cadets too. So far, they all have been focused on how hard things are for them, that is why none of them is seeing the bigger picture. None of them so far understands the importance of this scrutiny they’re being put under. At this moment, they all are only focusing on how painful everything is, how sleep-deprived they are, how tiresome it gets but soon enough, their perspective will change & they will take it as it comes. 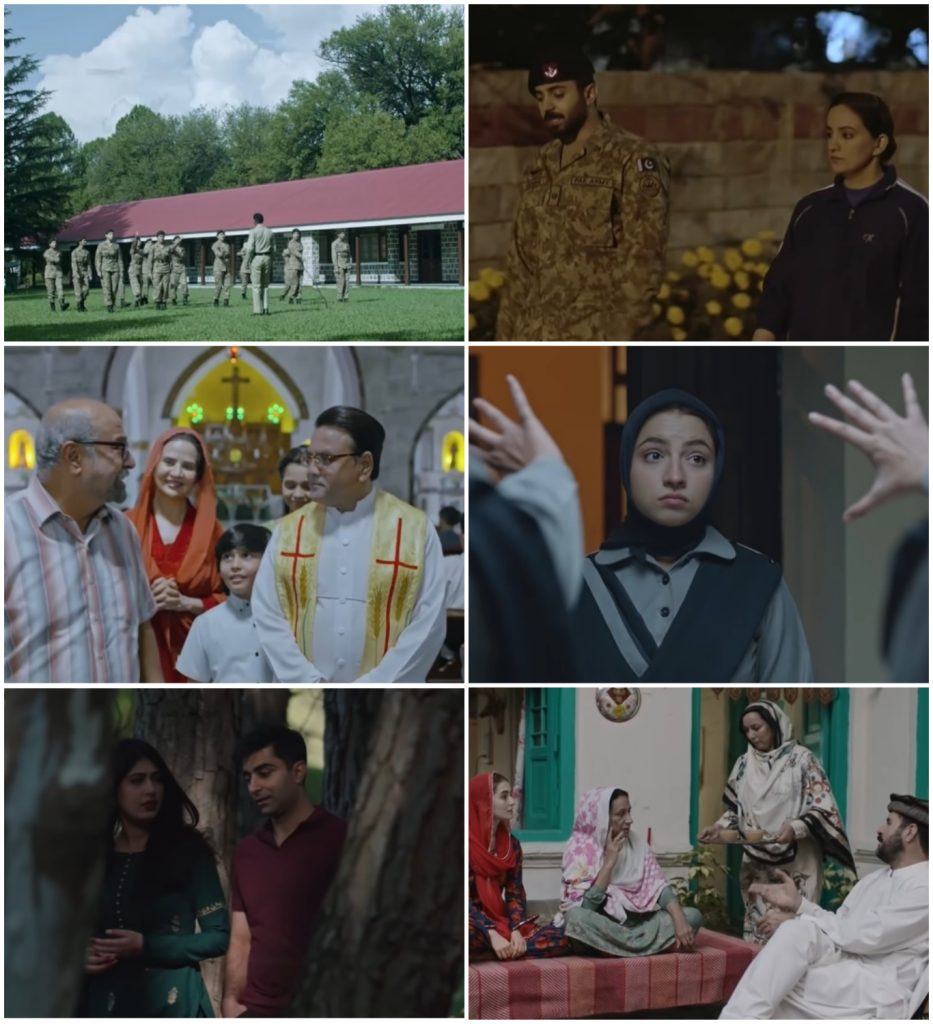 I really enjoy the interactions between Shaista & Rabia, as well as Mahjabeen & Pariwesh. They know that they are not really best of friends but they are putting up with each other because they have no other option. Their banter as well as some gestures of support is absolutely sweet to witness. Syeda Sidra continues to be the free bird who is doing what it takes to stay uncaged. I enjoy how she continues to get into trouble but that still doesn’t deter her from being who she really is.

In the latest episode, the speech that Maj. Osama gave to them is definitely going to serve as an eye-opener. It clearly showed that after that particular moment, there wasn’t even a single cadet who wasn’t moved or felt touched. It was clear & it was quite obvious that this was the moment they all were waiting for & from now on, they will truly understand the motive behind this training & the reasoning attached to it. They will actually realize what it means to be a part of the Pakistani Army & they will take it seriously. I loved seeing everyone’s expressions & the best part was, none of them shied away from admitting that they were moved & probably for the first time, understood the meaning of the national anthem. The perspective has shifted & now, they all will do their best to prove why they deserve to be a part of the military.

These two episodes of Sinf e Aahan were nothing short of a treat. I thoroughly enjoyed watching the training sequences as well as their interactions. I think now the story is going to make a shift & we will see the personal growth in all these characters which I am most excited about. I must commend the writer Umera Ahmed for coming up with such diverse characters & giving them such unique personalities. All the actors as well as the supporting cast have made Sinf e Aahan worth watching. My favorite sequence from this episode definitely was when all the families bragged about their daughters outdoing themselves & in reality, they were getting bashed for basic things such as postures or lefts & rights & also, the entire scene dedicated to the definition of the national anthem, followed by it being played with the focus on all the cadets. Definitely looking forward to the next episode. Please share your thoughts about this episode of Sinf e Aahan.