There have been some pretty crazy twists in the last few episodes of SeD.

Riyasat Shapur’s heir Wajdan Shah is forced by his mother, Begum Nawab, to marry his pregnant widowed bhabhi, Rania, after his brother’s death. He doesn’t want to, because he loves Anoushey, but his love interest gets married to someone else. He ends up tying the knot with Rania and develops feelings of affection for her. On the other hand, Anoushey gets divorced after, and when she returns in Wajdan’s life, love sparks between the two once again and they decide to get married.

As soon as the two get married Rania gets pregnant! Before Wajdan’s second marriage, Rania’s medical reports had declared that she could never be a mother, but now she could! Things get more complicated *yawn* as Wajdan’s devil of a mother and first wife learn about the marriage to Anoushey. 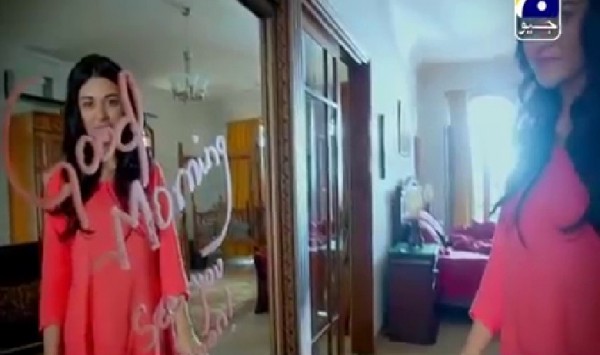 Anoushey’s father gets kidnapped by Begum Nawab’s men because she wants to pressurize her son to divorce Anoushey. Wajdan does all he could to free his susar, but fails. Then his car keys  disappear from his room and his unreasonable wife threatens him on the phone. 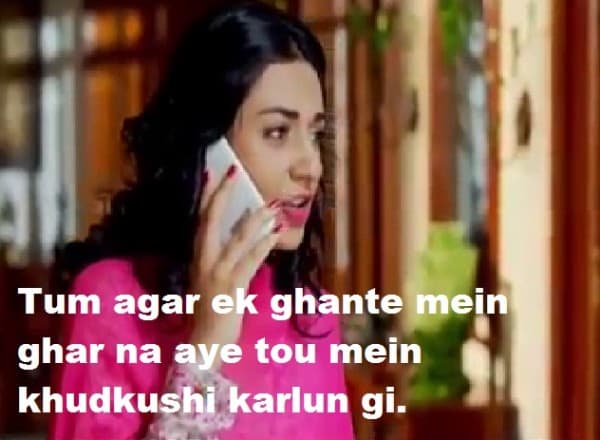 After that, Begum Nawab takes away his phone too!

The hunt for the gal:

Begum Nawab sends some men to capture Anoushey, since Wajdan isn’t keen on helping. I have no idea how the men find out Anoushey’s address, but they do and barge into her house to get her. Luckily, Anoushey leaves the house before their arrival.

Meanwhile Nawab Sarfaraz Shah, the family’s enemy, rejoices, as the purpose of his life has been fulfilled and Wajdan is out of his way.

Anoushey’s father is freed from prison as well.

The price to be paid:

Wajdan and Anoushey leave the house they were previously living in because it belonged to the riyasat. They shift to a smaller house and clean and fashion it to make it their home. Wajdan gets a job and Anoushey works hard to be a good housewife. For once, everything is as good as it could be. On the other hand, Rania misses Wajdan.

Sarfaraz frequently visits the haweli to mentally pressurize Begum Nawab about setting up a panchaaid and succeeds (surprisingly, because Begum is as hard as a rock). She suffers a nervous breakdown but gets better with time. However, her hatred for Anoushey increases. 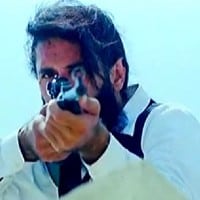 Her trusted informer tells her about the place where her son and his wife are living. Begum tells him to get rid of Anoushey the “fasaad ki jarr”, and he does exactly that.

But luckily, the bullet does not hit Anoushey, instead she falls from the bench she’s standing on and gets a minor sprain in her foot. Wajdan rushes her to the hospital where the doctor tells them that Anoushey is fine and they are going to be parents soon. The end of the previous episode was kind of lame, because Anoushey fainted after falling on the ground, and then in the next episode the doctor told that she just had a sprain in her foot! I mean, who faints over a minor sprain like that?

Wajdan knows that the bullet was meant for his wife, and he knows who exactly would hurt her, so he heads to the haweli to warn his mother against this. He arrives just after the panchaaid has taken place and Rania has been crowned the new heir of the riyasat on Begum Nawab’s order (depite Sarfaraz’s protest). 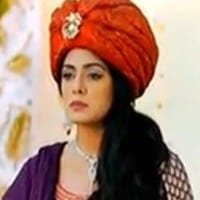 There have been two crowning ceremonies in this drama till now. Both of them took place in a marriage hall, and that’s why they look like a shadi, not a crowning ceremony! The “dance” Wajdan’s ceremony was a failed attempt at imitating nawabi culture because (duh!) it looked like a shadi dance!

Rania develops this bossiness in herself since the crowning. She wants Wajdan to come and help her and she doesn’t “ask” this, instead commands. She starts to visit the factory as well, without asking for Begum’s permission. She is confident that she will give birth to a son, but the ultra sound report proves her wrong.

On the enemy’s door:

The news angers Begum Nawab, who then suddenly gets up and decides to visit Wajdan, with undeclared intentions. Lucky for her (there are a lot of coincidences in the show) , Wajdan and Anoushey are standing exactly near the door  when she arrives, and she hears them talking about the “waaris”. Voila! All is forgiven. Begum now decides to take in Anoushey but she would never “request” anyone, right? So she calls Anoushey’s father to her house and gives him her word. If he makes his daughter come to the haweli, she will take care of Anoushey and her son guaranteed.

Anoushey and Wajdan both refuse to go, and even when Begum Nawab herself goes to invite them, Wajdan doesn’t give in. However, his wife suddenly realizes that living in the haweli, among all the luxuries would be good for her future child. Thus, she starts pressurizing him as well. He gives in at last.

Between all of this, we had to see Rania getting all detective like. She and her mother both acted as Star Plus’s sazizhi female characters. Please! Begum Nawab alone is enough. Anyways, after finding out about Anoushey’s arrival, Rania’s goes ballistic. 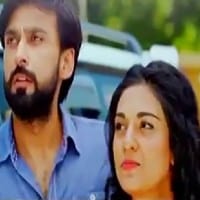 I seriously want to tell Anoushey, “You don’t know what you’re getting into, woman!” Begum Nawab, Rania and her mother are three enemies living with her under one roof. They’ll eat her alive!

On the first day, lives the life of her dreams. The best clothes, jewellry and make-up was at her disposal.

Rania’s restlessness (in the beginning) was reasonable. How could she not feel terrible when her sautan who will also be giving birth to the heir of the riyasat is living under the same roof as her! In fact, I myself was scared of all the two-women-fighting-over-one-guy scenarios that would take place.
Rania’s mother advises her that she should win over Wajdan to secure her place. She started her “winning over Wajdan” campaign with “Aap yaha sojayein aaj” and Anoushey has  already started to regret her decision.

The second part of the campaign was harming Anoushey’s child. And how do our drama villians do that? Yes! By putting something in the pregnant woman’s food. This is done by Rania’s loyal Roshan Bi.

The child remains out of harm’s way, but the doctor tells Begum Nawab the cause of the pain and that leads to an interrogation of all the servants. Wajdan and Begum themselves suspect Rania. 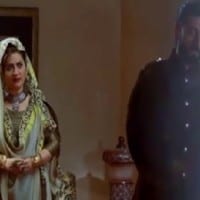 The show started off nicely, but now it is another second wife tale, which will get more intolerable by the minute. The evolution of the first wife into a blood sucking monster is predictable and resentful. Anoushey’s bechargi will be highlighted further in the upcoming episodes. Begum Nawab will continue to be her over-dramatic self, with the horrible make-up and weird dresses. How? How could Asma Abbas allow this to be done to herself?

Till now, Wajdan was not the chicken men in our dramas normally are. He took a stand for himself and his wife but the wife walked into a trap herself. Wajdan will turn into a boring man struggling between two women soon, as is expected.

Only if there was no two wife scenario, this show would be a lot better. Plus, the over loud background music is intolerable!

What do you guys think?