Thank You For Banning Us India Says Adnan Shah Tipu

A huge fiasco went on when India initially banned Pakistani artists more specifically Mahira Khan and Fawad Khan from working in Bollywood. Their movies Raees and Ae Dil Hai Mushkil where Fawad had a cameo came under a lot of fire. Consequently, there were no more projects for the stars. Recently, an Indian minister talked about banning Atif Aslam and Rahat Fateh Ali Khan. Saba Qamar who did Hindi Medium is also not going to be a part of the sequel. So, India has officially banned Pakistani artists to work in any of their media.

Albeit almost entire industry chose to stay quiet on the topic but Adnan Shah Tipu who has worked in Bollywood previously had something to say. In a video on Shahroz Sabzwari’s facebook he said,

“Thank you for banning us. You have given us a chance to make an Amitabh Bachchan, Naseeruddin Shah and other big stars in Pakistan.You banned Pakistani players from Indian Premiere League (IPL), but then Pakistan Super League (PSL) happened.”

The actor has worked in numerous Bollywood projects such as Himesh Reshammiya’s Kajraare and Arshad Warsi’s Welcome to Karachi. Talking about his experience while working across the border, Tipu said,

“I have worked in India. People showed me a lot of love. But what does this ban mean? You don’t get our bread and butter. It is up to God.Your ban doesn’t change two facts. Facts that no one should ever forget. First, your paternity. Second, your nationality. My father’s name is Ghazanfar Ali Shah. I’m from Faisalabad, Dhobi Ghat, Pakistan. That’s not going to change,” 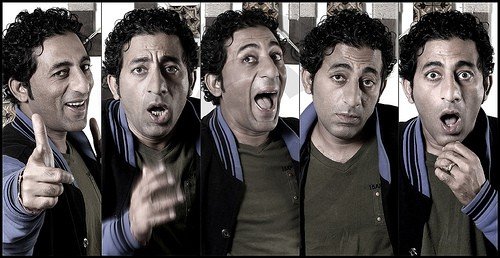 “I did a film in 2007. I wasn’t starving back then. Therefore, because of your ban, neither Fawad Khan nor Rahat Fateh Ali Khan will starve. Pakistan is my mother. If I say anything to your mother, you will feel offended. Likewise, if you say anything about my mother, will I be ecstatic about it?”

“So, here’s what I have to say. Go play your game, we will play ours. You’ve banned us. Thank you very much.”

All his followers on facebook had nothing but love for this man for taking a stand while the rest of our industry is restraining from giving any response.