Titli continues to be a typical yet entertaining play which has so far been quite fast paced which could be one of the reasons why it keeps you glued to your television screens. It reminds me of dramas like Tum Kon Piya, Mohabbat Ab Nahi Ho Gi and even season 1 of Malaka-e-Aaliya. All these dramas also did not have anything grand to offer but the best thing about them was that they were entertaining and logical. I must add that it is great watching a drama which shows that sometimes men also face situations after marriage which require a lot of compromise and women don’t always compromise and can be quite unreasonable too. Also, not all the women in this play are like Nayla therefore we are not watching stereotypes. Nayla’s mother’s support for her pretty much sums up why she is so used to getting away with everything. Now that she has a husband who is compromising and does not believe in playing games, she knows that she does not need to change in order to stay in this marriage. All the scenarios in this drama are also very realistic probably because the story of the play is based on true events, which is why it is easier to connect to all the happening and the characters.

So far Ahmed has played a major role in making sure that his marriage stays intact. He talked about leaving Nayla in the previous episode but his parents made it clear that it was not an option. Nayla is a clever woman who knows how to control her husband which is why every time he demands something from her or protests in any way she gives him a reason to change his attitude towards her. This time around she faked the pain in order to get the kind of attention she wanted and to make her husband feel guilty. The scene in which Ahmed looked at Nayla first when they are lying down and later on she looked at him thinking he was sleeping was remarkable because it was one of those scenes which say a great deal even when there are no dialogues involved. Ahmed feels nothing but admiration for Nayla even with all her flaws and Nayla cannot look beyond Ahmed’s dark complexion! 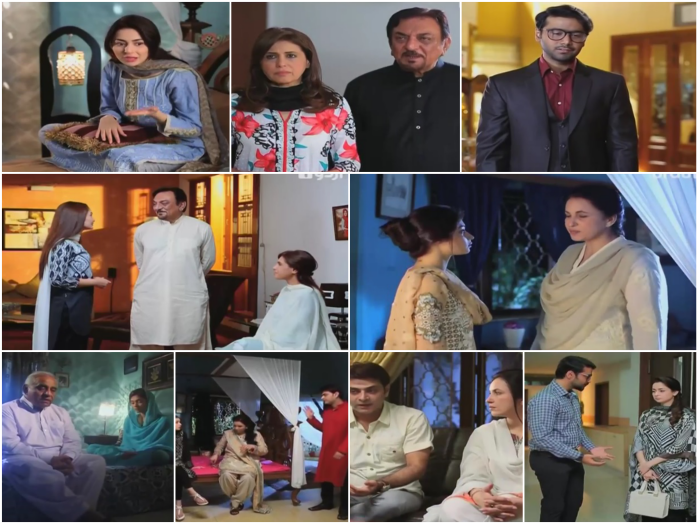 Nayla’s mother has more in common with her than she has with Zara. She did not think that it was important to ask Zara what she wanted because she knew that she didn’t want to go ahead with this engagement. She was not willing to taking a stand for Zara but she always puts Nayla’s happiness before everything else even if she wants something which is highly unacceptable. Nayla’s mother is also materialistic which is why she got Nayla married to Ahmed and accepted this proposal as well. Nayla’s refusal to stay in her parents house and watching her acknowledge the fact that she was too used to living a luxurious life definitely was an interesting addition. It made it pretty clear why Nayla wasn’t just going to walk out of that marriage. She had a lavish lifestyle and not much was expected from her in return therefore she had no reason to leave Ahmed. At the same time she finds it impossible to respect Ahmed and takes him for granted.

I enjoyed watching this episode of Titli and am waiting to see how the story progresses in the upcoming episodes. All the leading actors gave solid performances in this episode as well but I can’t help noticing that the supporting actors (actor who played Nayla’s boyfriend and her friends in tonight’s episode) in Titli and in fact in most of Urdu1 dramas are not the least bit impressive.