Eyelashes are not only protective barriers for the eyes but they also play a huge part in enhancing the beauty of the eyes. The eyelashes have become a beauty symbol and have been treated as such for decades. This is the reason, those who are blessed with beautiful, thick and curled up eyelashes immediately draw attention to themselves because this feature stands out more and is always attractive to people.

Pakistani celebrities are blessed with beautiful features. Each one of them is different but they possess beauty of their own kind. When it comes to eyelashes, they are no different and there are a lot of Pakistani celebrities who always draw attention to their eyes due to their beautiful eyelashes. The cosmetic treatment such as curling up with eyelash curlers, putting some coats of mascara as well as adding false or individual eyelashes also helps a lot, but those who naturally have good eyelashes have an added advantage.

Let’s take a look at the Pakistani celebrities who are blessed with beautiful eyelashes:

Sajal Aly is a doe-eyed beauty of Pakistani industry. She has the most beautiful and expressive eyes and to add more beauty to her eyes, her eyelashes also play a huge part. She has thick dark eyelashes, that she curls up to make her eyes appear bigger and more open. Sajal Aly usually goes for simple makeup looks but she never skips mascara because she knows that her beautiful eyelashes need some attention and love. Sajal Aly has thick eyelashes, this is why she is one of those few celebrities who doesn’t need to rely on false lashes all the time in photoshoots or dramas. She often only adds a pair of individual lashes at the outer edge of her eyes to give it a fluttery look, but she definitely goes without it most of the time.

Hira Mani is blessed with naturally fluttery and curled eyelashes. This is the reason why on her social media feed, you will find a lot of pictures where she is looking up letting her eyelashes do all the talking. Hira Mani’s eyelashes are fine and curled up, this is the reason even in her most au natural state, where she is not even wearing any makeup, her eyelashes stand out a lot and add beauty to her eyes. It is also obvious in a lot of pictures that she even doesn’t add a coat of mascara to her eyelashes because they are naturally already very pretty and do not need any added layers to look better. 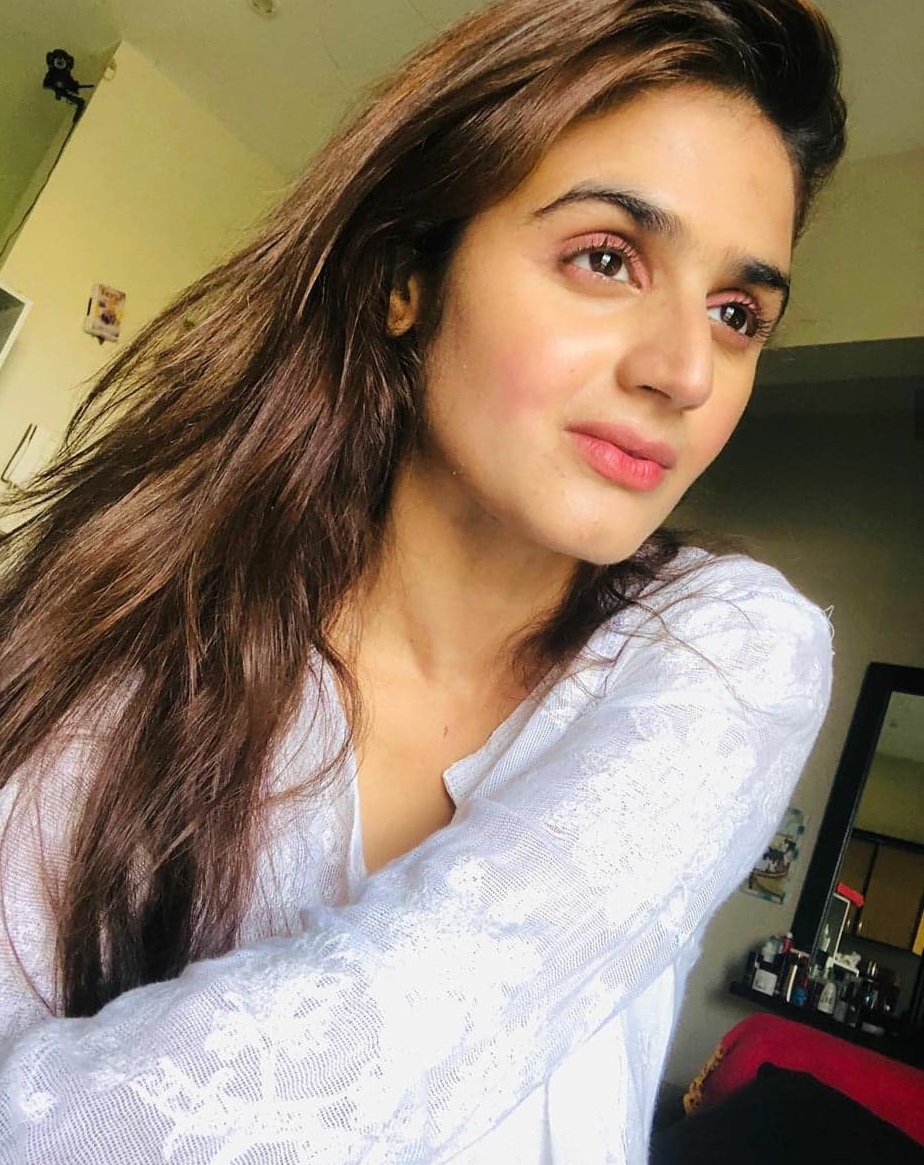 Neelam Munir has risen to fame in the last couple of years due to the kind of work she has taken where she is challenging herself by taking up difficult and different roles. Neelam Munir Khan’s latest drama Kahin Deep Jale earned her a lot of appreciation and what made her performance even more realistic was that when her character went through trials and tribulations, Neelam Munir opted for a zero makeup look. She let her eyes do the talking, the only makeup product she wore was a mascara that made her already beautiful lashes look even more gorgeous. Goes without saying, she definitely has beautiful eyelashes that need bare minimum to accentuate and frame her eyes in a perfect manner. 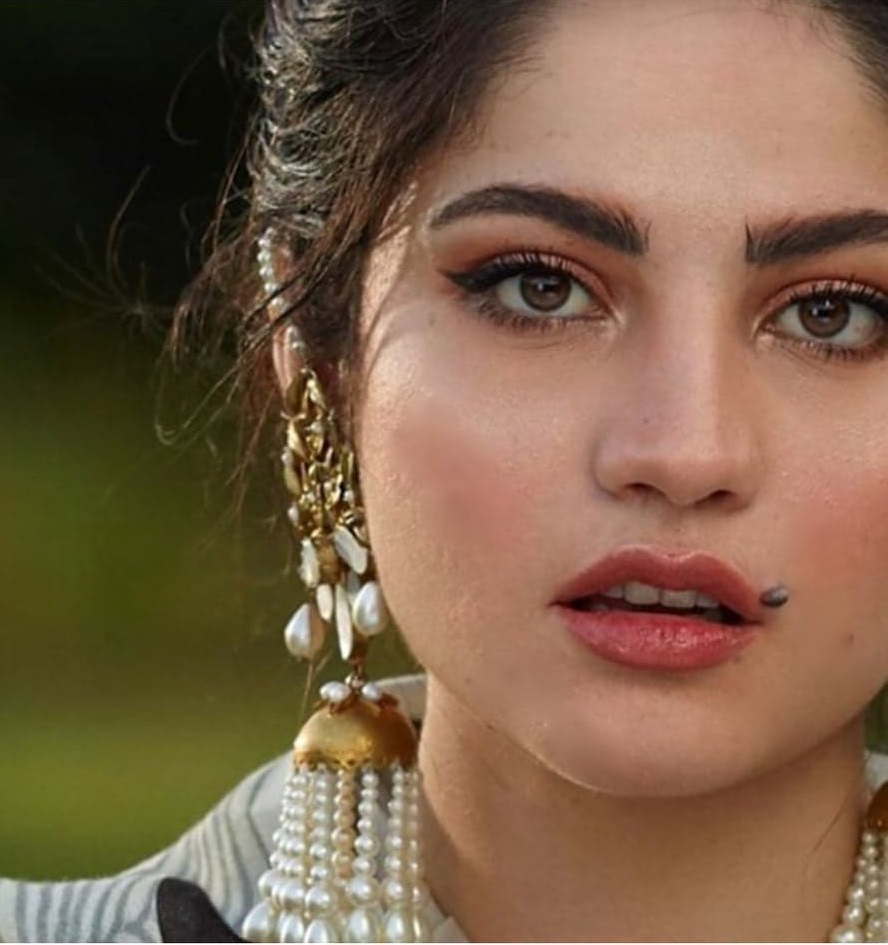 Mahira Khan is well-known for her no makeup look and being comfortable in her skin. She is blessed with beautiful features and her eyelashes add more beauty to her uniquely shaped eyes. Mahira Khan’s eyelashes are short and fluttery but they are a bit longer on the outer edge of her eyes, this is why when she curls them up, they already add volume and give the illusion of almond shaped eyes. Mahira Khan is known for wearing individual lashes on the outer edges of her eyes to add a little volume to her eyelashes and give her eyes a bit more defined shape. Skipping all the falsies or even mascara, just curling her eyelashes is enough because they are naturally beautiful. 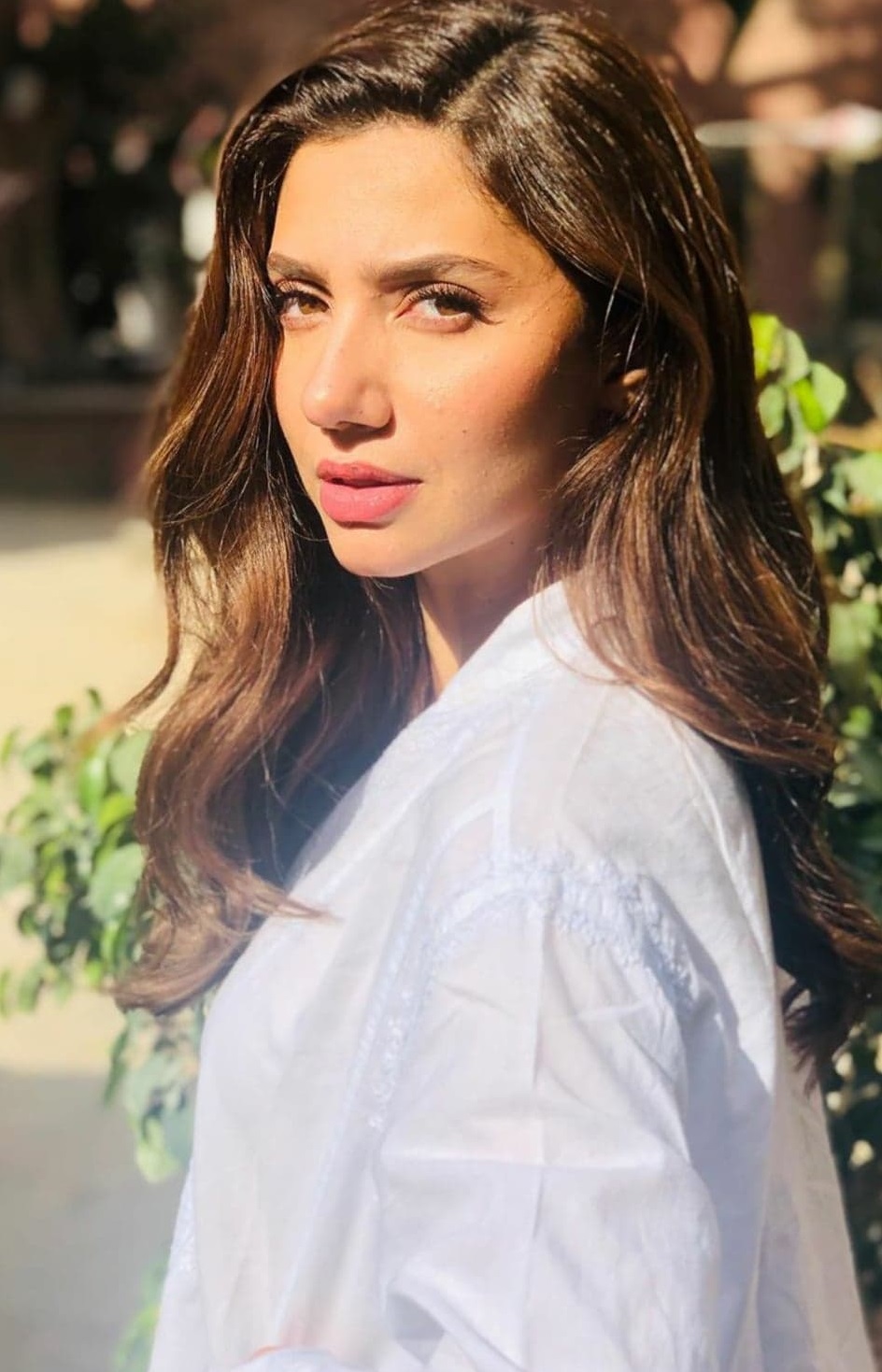 Being blessed with the same gorgeous genes as her sister Sajal Aly, Saboor Aly also has thick luscious and long eyelashes. Saboor Aly’s eyes look even more beautiful when she curls her eyelashes up. In her dramas, Saboor is one of those few celebrities who do not need to rely on false eyelashes because she herself has thicker and voluminous eyelashes. She has the kind of eyelashes that draw people’s attention to them and add more beauty to the eyes. Saboor plays it to her advantage and adds a lot of coats of mascara and curls her eyelashes up, which give her eyes a more defined and beautiful look.

Sonya Hussyn has beautiful eyes and eyelashes. The first ever project of hers Main Hari Piya got her a lot of attention due to her looks and her eyelashes was one of the main features that drew the attention of the people to her beautiful face. Sonya Hussyn has long eyelashes but now, she has veered towards getting eyelash extensions, which are not permanent and fall out with the passage of time. It shows that Sonya Hussyn too believes that eyelashes play a huge part in enhancing the beauty of the eyes, that is why she goes for eyelashes extensions as it was seen in her latest drama Ishq Zahe Naseeb. She naturally too has beautiful eyelashes.

Minal Khan is the brown eyed beauty of Pakistani drama industry. She has beautiful eyes and eyelashes. Due to her fair complexion, the eyebrows and eyelashes draw the attention to them and it is because of that, she uses them to her advantage by adding a little amount of makeup to make them stand out and frame her face and eyes. She naturally has long and wispy eyelashes which when curled are enough to give her eyes a lot of openness, shape and beauty, a bit of mascara is all that she needs to give her eyes a glamorous look.

Hania Amir is an eye candy of Pakistani drama industry. She is not only immensely talented but gorgeous too. Hania Amir is one of those few young celebrities who does not mind sharing pictures on social media with her fans when she is not wearing any makeup. She doesn’t shy away from showing how simple and gorgeous she looks in her natural state. However, her eyebrows and eyelashes are perfect and beautiful. She has beautiful eyelashes which when curled give her hooded eyes a lift and openness. A little bit of mascara is all that she needs to draw attention to her eyes because the black color of the mascara goes beautifully against her fair skin tone and immediately gives her eyes a beautifully made up look.

There is no denying to the fact that Alizeh Shah is one of the most beautiful celebrities of Pakistani drama industry. She rose to prominence due to her beautiful looks and each and every feature of hers makes one look at her in awe. She is also blessed with beautiful eyelashes. The best part is that Alizeh Shah has enough tact up her sleeves to use to enhance every feature of hers to beautify it and her eyelashes are no different. In every project of hers, her eyes talk and her long beautifully curled eyelashes give her eyes an added definition. Alizeh Shah definitely is very keen about curling her lashes and using multiple coats of mascara to give them volume and desired length.

Mehwish Hayat is beautiful and she is fond of makeup. Mehwish has enough knowledge and aesthetic sense to make herself look absolutely gorgeous, this is why she knows exactly how to treat her eyelashes to give them enough volume and length that will allow them to shape her eyes beautifully. Mehwish Haya is naturally blessed with fuller curlier eyelashes and when added a bit of mascara, they are taken to another level.

This concludes the list of top 10 Pakistani actresses who are blessed with beautiful eyelashes. Which one of these actresses are your favorite and have you noticed how their eyelashes play a part in enhancing the beauty of their eyes before? Feel free to share your opinion in the comment section below.