Pakistani drama industry has gone through many changes in the past few years. The production houses are much better equipped today than they were before but with the advent of many private channels, the demand for dramas has increased, therefore the writers, directors and actors do not always get the time they need to give their best. The challenges which are faced by all these people involved in making our dramas nowadays are far greater than they were at the time when there was only PTV. The writers, directors, actors and producers have to try extra hard to get the attention of the people because things are far more competitive now then they were when there was only one channel. Even with all this pressure if a writer is able to write a quality script, a producer is willing to experiment, a director does not compromise on quality and an actor manages to live and breathe the role he or she is playing than surely it is a much bigger feat than it was years ago. Although, we often criticize Pakistani dramas but the fact is that even now there are some drama-makers out there who believe in giving their viewers a quality entertainment.

This season in particular has quite a few entertaining and powerful dramas to its credit. The fact that some of these dramas have been on air for more than 20 weeks now and still managed to make it to this list makes them a clear winner. These dramas can easily be termed as the top dramas of this season for a number of reasons which have been stated below. The list is in an alphabetical order:

A unique love-story showing how two head-strong individuals who come from totally different backgrounds, lifestyles, endorsing an entirely different perspective from one another can make their marriage work together as a team. In the recent years where the writers time & again have heavily relied on showing marital problems, Besharam comes across as a breath of fresh air because it focuses on showing the solutions more. The writer has beautifully conveyed a message that no matter where you come from, if you develop a sense of commitment, love, understanding & respect for your spouse, you can deal with any obstacle that comes your way. This drama has some very unique characters to its credit like Haider, who respects his wife enough to give her the time & space she needs & then Mishail who despite being an independent woman does things to please her husband as he makes her feel secure. Saba Qamar as Mishail & Zahid Ahmed as Haider have given a perfect face to their beautifully written characters. Another bonus of watching Besharam is that it shows how each & every relationship around you deserves time, attention & affection. The chemistry between Saba Qamar & Zahid Ahmed is the strongest point of this drama along with some very strong supporting characters portrayed by Sundas Tariq, Shahista Jabeen, Mehmood Akhtar & Malik Raza so for all the right reasons, Besharam is definitely a must-watch of this season. 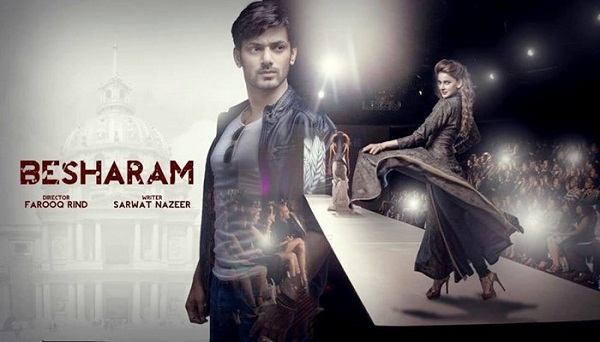