Udaari is a drama with a purpose and at the same time the makers of the drama have tried their best to make it entertaining enough to keep the viewers hooked. Drama serial Udaari for more than 15 weeks was loved by the viewers for its fast pace and entertainment value even though the primary purpose of the drama was to educate the viewers about child abuse. A dynamic script, few unforgettable performances and the attention to detail make this drama stand out in the crowd. Ahsan Khan’s performance as Imtiaz has given him a new identity even though he has been in the drama industry for a very long time. Farhan Saeed, Urwa Hocane, Sammiya Mumtaz, Bushra Ansari and many of the supporting actors blow you away with their realistic portrayals. The most important aspect of this play is that it is the story of a survivor told in a very sensitive and sensible manner which breaks the chain of dramas which dealt with this topic recklessly. 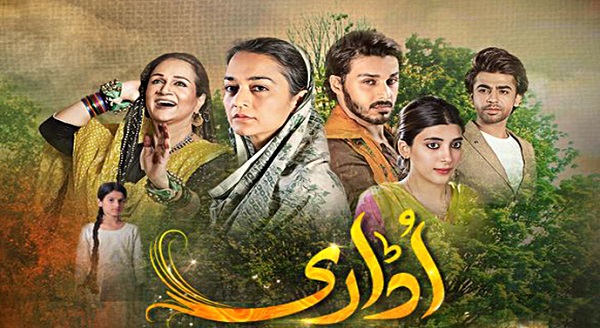 So, this is our pick of the top 5 dramas of the season. All these dramas are very different to each other still they qualify to be in the list because the quotients of entertainment & well-conveyed messages prevail in all of them & most importantly, they all are unique in their own accord. Do let us know which of these dramas are you following & what are your top 5 favorites of the season?